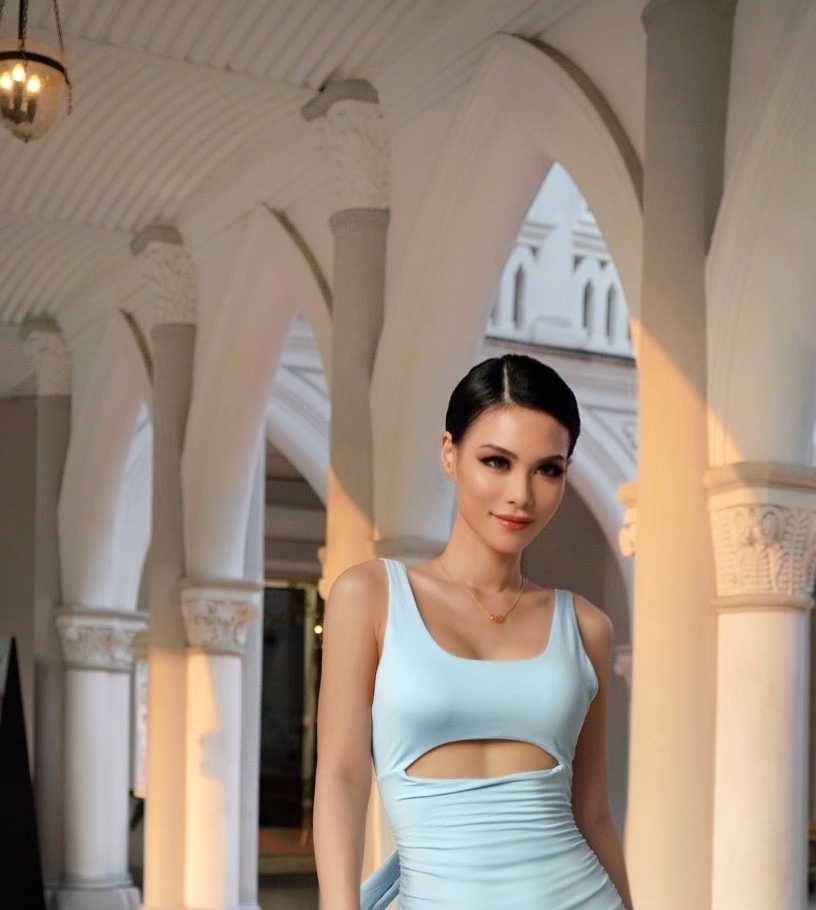 A success story out of the region of Southeast Asia, Priscillia Tan was born in Indonesia to a family that she would come to describe as broken. Despite this, Priscillia has a mother who she admires and respects and three younger brothers whom she considers herself very close to. Being the eldest, she often found herself looking out for her younger brothers when things were hard and going awry at home. Taking these tough childhood experiences, Priscillia considers them driving forces behind her strength and they ultimately shaped her into the independent and successful woman she is today. She is lovingly married and made the move to one of the highest-income countries in the region, Singapore, and is a mother to two young boys. Priscillia shares,  “You need to be  ambitious, because when you are ambitious, you are focused and motivated. To be strong, when you are strong, you are empowered and has greater influence. To be confident, you have to believe in yourself and have a positive attitude. Success does not happen overnight. You have to put in a lot of hard work and always learn from every failure and pick yourself up when you fall.” I realised that people rarely do things for themselves nowadays, we tend to be unkind to ourselves, so to me, it was nice that Priscillia decided to embark on a journey to the crown, on top of taking care of her little boys, and managing her job as a company director. As a modern day married woman, she shared that one of her biggest challenges was striking the right balance between work, self, and family. She felt the need to work hard, to look her best, and to take care of her children and husband, which were, to her, the responsibilities that she expected to fulfil at her greatest ability.

I asked her what would she look out for in a pageant queen.

“To be beautiful inside out, she must possess more than a pretty shell. Elegance, kindness, confidence, intelligence, humility and love.

Elegance is the undeniable quality of the depth of your personal wisdom.

There is no other human quality that will get you further in life than kindness.

When you are self-loving you naturally possess a quiet confidence.

Your self-awareness, dedication to self-development and personal growth provide you the knowledge to succeed at nearly anything you seek.

Lastly, there is nothing more appealing to others than to be in the presence of a loving person.”

Priscillia has definitely gone through enough to be able to share these words of wisdom, and she has grown from her hardships.

Priscillia participated in one of the most critique-filled industries, the world of local and international pageantry.

For international pageantry. Another realm of the industry in which everyone was a local winner competing for their own country.. . It is safe to say that this epoch in her life was something of an amazing journey. Priscillia managed to make new friends and said that getting to know every one of them was a wonderful and enriching experience in itself filled with plenty of cultural learning. She also didn’t fail to mention that she was grateful that the National Director, Irina Papazova was really nice, facilitating the overall pageant. The friendships and kind-heartedness don’t take away the fact that the journey came with stressors. Priscillia shared that she felt overwhelmed when she met her fellow international contestants in Bulgaria for the first time, she shared that they were all so well dressed and looked like super models – they were taller and had amazing walks and postures. Although she felt her confidence falter a little, she was not going to give up without a fight!

Priscillia managed to get over her hardships and keep her going with a simple yet effective response that society today could benefit from. Priscillia mentioned that no one can fully forget the hard things or change what has already happened, but you can change the way you deal with it. How did she personally choose to deal with her hardships? She used it to her advantage and made herself a stronger person, and she used it to motivate herself to be a better person than she was before. With that inspiration she has become quite a role model for younger girls who feel a lack of self, in a male dominated society. Priscillia likes to say “If you put your mind to doing something, you can achieve anything. No person or society can tell a woman what her duty is or what should be done as a woman.” With this, Priscillia has come to the realization that she is the one who can navigate her own ship of life.

“I believe in myself the most because if I create my own path, I inspire myself the most to make the best of my situation and surroundings. I work hard every day to become a better me, therefore I can be independent and lead my life successfully.”

Related Topics:ModelingPageantryPriscillia Tan
Up Next

How a Marketing Agency Scaled to Fortune 500 Clients