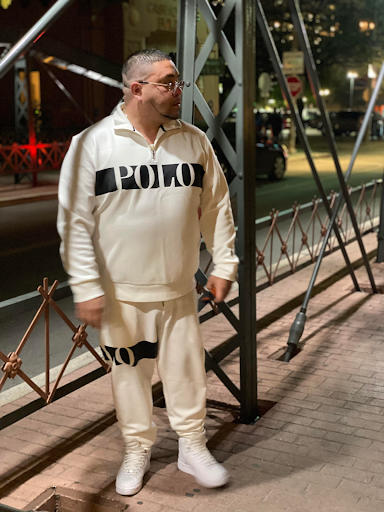 Rene Martinez, or better known on the scene as RGM150, was born and raised in Jamaica Queens, NYC. He really got into music during his teens, and quickly fell in love with the art of freestyling, becoming a regular hobby of his.

In 2005, he made his professional debut under the stage name Type-R Dibiasi, releasing hit singles that got placed on national and statewide mixtape circuits. In 2009, he released his final track as Type-R exclusively on MySpace. Despite the success he found and the response from fans, it wasn’t easy navigating the industry as an independent artist and he consistently hit walls while trying to advance in his career.

From there, Martinez began to pursue other ventures, leaving behind his passion for music and entertainment for the time being. It wasn’t until the pandemic was in full force in 2020 that he decided to start making music again. With extra time on his hands, he was able to connect with fellow artist G.ame O.ver, and together the two built a vision for how they could take on the industry with full force.

The two founded Hoolie Nation, a label and publishing company that brought them both international fame and recognition. They released their debut album, CheckMate, which struck a chord with fans and caught the attention of many worldwide from New York to Ontario to Berlin. The project has garnered nearly 375K streams since it was released in early July 2021. Knowing how hard it is to make it as an independent artist, RGM150 wanted to take his wisdom and experience and help out other artists who might be in the same boat.

Aside from his music-related endeavors, RGM150 continues work on his other successful ventures including a multimedia studio brand, LifeSound Studios, which is an elite brand of luxury set audio and video recording facilities where artists and their teams can stay and have the resources to record and broadcast in an AirBnB style set-up. The flagship location is in Austin, TX, with a second location set to open near Dallas, and with plans already in motion for locations in Houston, Miami, New York, and LA as well.

Looking ahead, RGM150 plans to release multiple mixtape projects throughout the year, which will help introduce his newly-signed artists Chunky, FW-Deem, and EM-Swish. It’s clear that he shows no signs of slowing down anytime soon, and you can hear more from RGM150 and stay up-to-date with his latest projects by checking him out at the following links:

3 Tips to Get Scouted as a Model on Instagram

The future for multi-millionaire Dan Vas: What’s next?