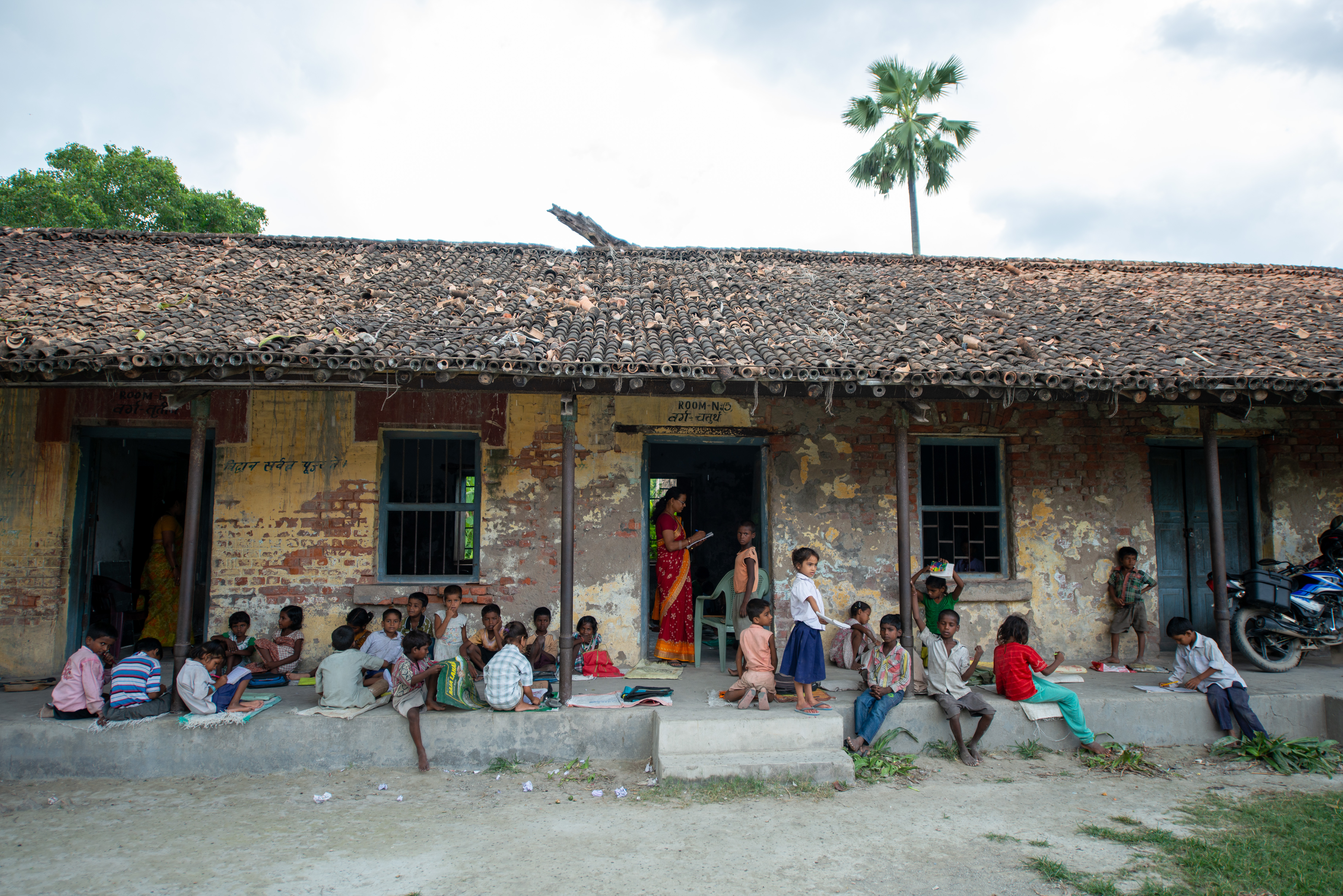 It has been affirmed that the exceptionality of a great person is not predominantly of granite, marble, bronze, or gold, it rather consists of his goodness, his deeds, his love, and his compassion. These words aptly describe an Indian Banker, who is selflessly passionate about changing the lives of underprivileged children with the help of technology.

Bhanu Srivastav, who is working with Canara Bank, use to spend his weekends & holidays making learning easier for students in various government schools where most of the under-privileged children use to study.

According to Naresh Kumar, a teacher in Government School “Bhanu has also developed engaging educational gaming apps for them. So, instead of being overwhelmed with boring textbooks, students can now learn for hours at a stretch without feeling tired or stressed. No wonder thousands of teachers and students engage his apps today.”

One of the colleague from his Bank said “he enjoys spending his weekends with these children & teach them about Science & Technology, and the lofty height they can attain through the field. As a social reformer, he believes children can become self-sustained in the future if the right values are imparted to them early. Now as he is promoted to Manager, he will be transferred to somewhere else as per the Bank’s policy, but his apps and methodology will be used by teachers to spread the light of Knowledge.”

These apps developed by Bhanu will be publically available on Playstore & App Store shortly so that other schools can download it and use it freely.

Who Bhanu Srivastav is?

Having completed his Engineering, Bhanu joined Syndicate Bank (now known Canara Bank) in 2014 as a clerk and due to his laudable achievements, he soon began to climb up through the ranks over the years. In 2018, he became an officer, tasked with developing Syndicate Bank’s e-learning Portal. While working on the e-learning Project in Syndicate Bank Corporate Office Bengaluru, he was sent to the Administrative Staff College of India by SIBM Manipal (now known as CIBM Manipal) to learn the application of Artificial Intelligence & Machine Learning in automating business activities.

He has received multiple awards from the MD & CEO, as well as the Executive Director & General Manager for his research works related to Artificial Intelligence, Gamification Project of eLearning, and conducting Synd Innovate Hackathon, among others.

He served in the Business Process Re-engineering & Innovation Department, Human Resource Department, as well as in The Apex Centre of Excellence.

Bhanu’s prowess in the IT space has been on an upward trajectory, with many certifications and licenses to his name. These certifications include Certified Information System Auditor (CISA), Certified Ethical Hacker (CEH), ISO 27001 Lead Auditor, and several others in the field of Information Security. He has also published multiple research papers in the International Journals of Science & Technology.

In addition, Bhanu has completed two PGDs, and two Masters degrees and is pursuing his Doctorate. Two Multinational Companies invited him to work with them, but he declined. He enjoys learning, researching, and using his knowledge for a good cause instead of monetizing it.

Why Bhanu Srivastav is an Inspiration

Undoubtedly, Bhanu is an inspirational figure in society today, especially given his passion for continuous learning, creating new things and working for a social cause. Indeed, inspirational people like Bhanu Srivastav do not seek applause or a place. They only seek the road to happiness. And what they ascertain, they give to others without holding back.

Get ready to spend more, save more, with Have It More!