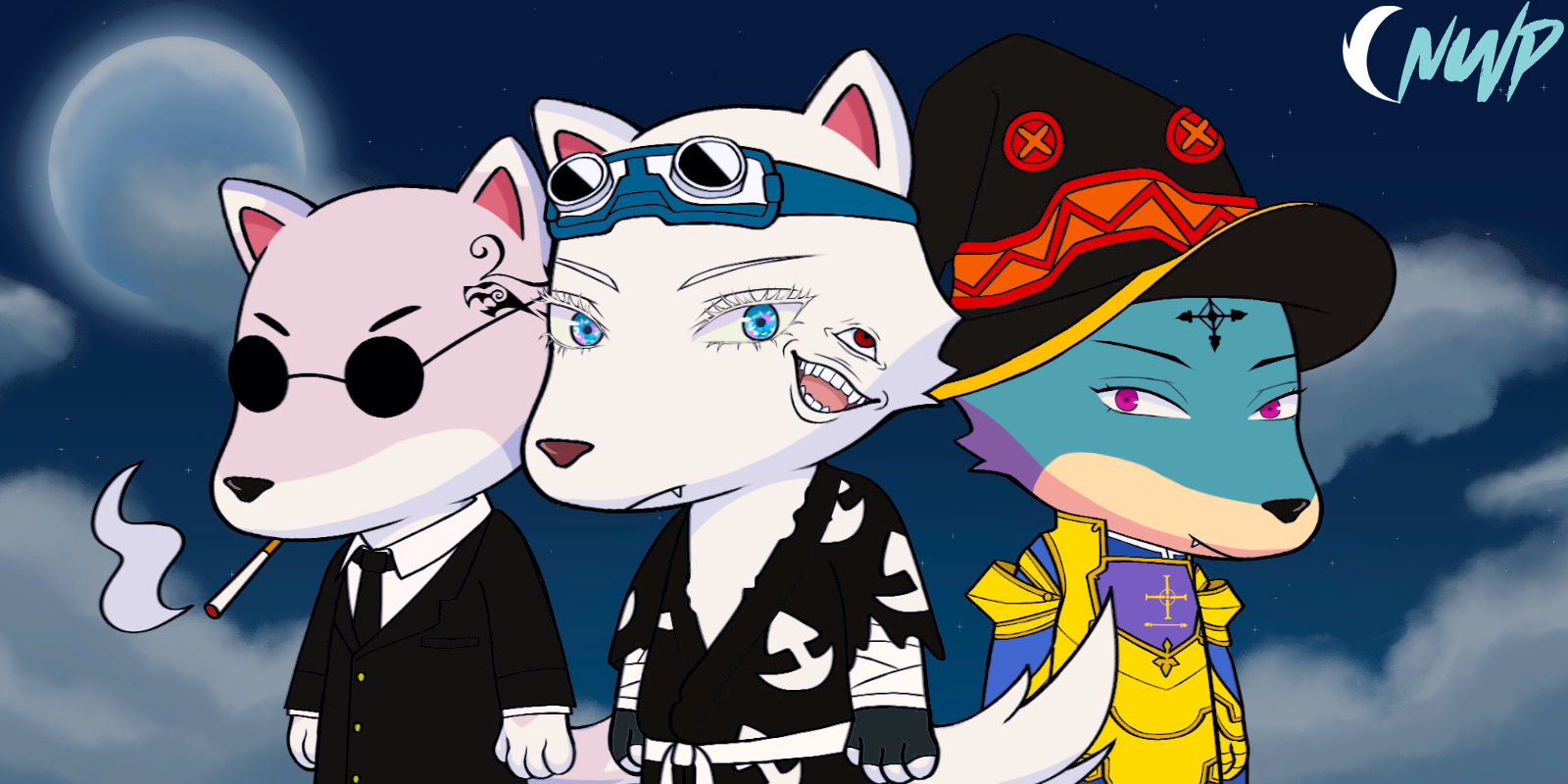 The Noble Wolf Pack NFT, or NWP, is a blockchain-based game on the Ethereum blockchain. It consists of a collection of 7,777 art pieces, each of which depicts a unique wolf character. Participants in this game get access to over 200 unique hand-drawn characteristics of the wolves.

The artwork for this project was created algorithmically, and its ownership is verifiable using smart contracts running Ethereum. There are also 33 unique NFTs, called the Ultima Wolves. The Ultima Wolves are Noble Wolf Pack NFT’s that are significantly rarer than the others. With this rarity comes power in the NWP game. These NFT’s will possess unique abilities and be more powerful than the standard NFT’s, and thus hold a much higher value.

Founded out of passion for anime by two e-commerce experts who have successfully run multi-million-dollar ecommerce stores, Brandon Vazquez and Yik Chan.

The Noble Wolf Pack is a universe comprising a manga series, NFT collection, and a lore-connected, play to earn game. The team have set out to create a special ecosystem in which players can battle each other in game using their NFT’s, or AI in a street-fighter style arena and earn real money through their real world cryptocurrency, $NWP.

Possessing a Noble Wolf Token gives holders rights over the creative and economic rights of each wolf. Besides that, it grants them membership in the NWP community. The creators of the NWP project also created a whitepaper explaining all of the game mechanics.

They’ve even partnered up with DarkBlue studios, a company who has worked with big industries like netflix, adidas, and colgate, in order to create the 3D models of the Noble Wolves, which will have utility within the game and metaverse. Token holders will obtain unique access using their Noble Wolves skins, which they can use within the metaverse.

The NWP creators plan to launch their first chapter of the NWP Manga for the special 777 VIP launch. After this, they will release a new manga chapter every month, which will come with special utility for token holders. Each manga page will be turned into an NFT, and will be airdropped to members of the NWP community.

Details of the Roadmap

The NWP team is currently working to adhere to its roadmap. They are working on future drops, development to join the metaverse, partnerships, and giveaways with some of the largest influencers in the industry.

The development road map is detailed and there are corresponding events for each milestone. They plan to release their game before the end of 2022, likely in Q3/Q4.

Besides giving NFT holders access to a slew of benefits, NWP also plans to make a lasting impact on the lives of others. Once 60% of the NFTs are minted, the team will donate $30,000 in funds to a charity picked by the community. NWP is a narrative-driven, community-focused NFT project that offers major benefits to its community. It has the potential to make a huge splash within the NFT space.

Kim Kaur Is Multiplying Your Finances Through Strategic Mortgage Solutions