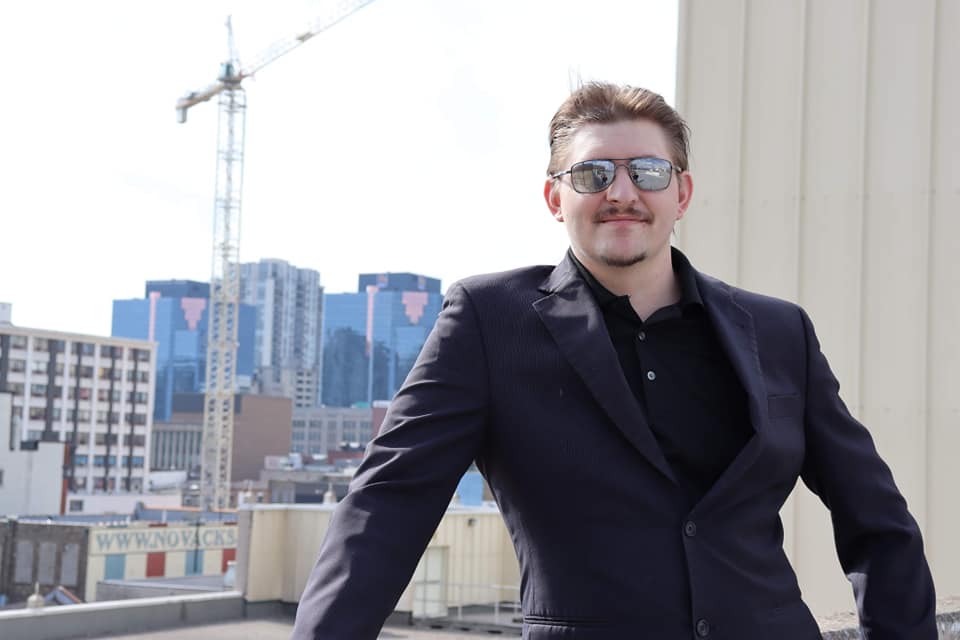 For Millennials, the rise of the internet was the generation’s biggest gift and most dangerous weapon. Before the rise of the “dot-com” bubble, came electronics that only made social media and today’s means of networking possible. For Brandon Deboer, a computer engineer and developer, his passion for cybersecurity and computer systems came at an early age, thanks to a surprise by his parents.

We spoke with Deboer to gain a better understanding of his early love for computers and networking technologies, which ultimately led to him creating Backend Computer Systems, Co-Founding Kustom Kontrollerz, and his latest endeavor At A Glance Media – four companies that really tell the story of Deboer’s heart in the world of new, innovative technologies.

Disrupt Magazine: What first struck your interest in computer systems?

Brandon Deboer: Over the years, my parents always made sure my sister and I had the best and latest in electronics, so I was able to begin nurturing my craft. After being presented with his first home computer system, I could finally explore my excitement that came in the form of research into computers and networking technology.

Throughout the years, Deboer has collected various books including, but not limited to:

All of these books are a must read, Deboer says, for anyone looking to start their education in programming.

“These books helped guide me in my education on how to better use these machines to create and issue commands, generating strategic outcomes from the machine,” he explained.

Disrupt Magazine: Do you remember what it was like when you first got your own computer system?

BD: As a child, I remember being able to tell this thing what to do, and it would do that very thing based on my request. I remember my mind racing when I first learned about ‘directories’, where I would spend my time after school studying how operating systems functioned, what the GUI, or graphic user interface did, as well as learning all the inner-workings of the command shell and networking infrastructure.

The Stepping Stone Into the ‘Desert of Real’

From there Deboer’s curiosity grew, wanting to transition to computer hardware, learning about each component and piece of hardware in the machine, or as he explained “how to manipulate the hardware mapping of the system.”

Deboer told Disrupt that in his early teen years, he looked to Red Hat Inc. founder, Bob Young for guidance when it came to his interest in UNIX/Redhat activities. Young is best known for founding Red Hat Inc., the open source software company, also owns the franchise for the Hamilton Tiger Cats of the Canadian Football League (CFL).

“Bob had purchased the Hamilton Tiger Cats, a football team that I had been following quite closely for several years prior. This was a massive direction for the team and sports organization as he came in and built many new improvements throughout the stadium, including the Tiger Vision – a massive display to see the game play & stats of the football game in pure HD. It really added to the experience of the live games.”

Yet, Deboer’s interest in Young extended far beyond Young’s involvement with the CFL team, taking interest in the technological improvements he had made to the stadium by utilizing Redhat, Inc.

“He brought in a number of Redhat powered machines during the game – teaching fans how to use the UNIX-based OS. In operating my own businesses in Canada, I’ve learned so much from him, which came with all the benefits. I recall Bob regularly sharing insight and advice that was absolutely crucial to ironing out a lot of my business operations. It was because of Bob’s processes that I learned to streamline myself and business acumen into the tech world, helping to increase my knowledge of computing and networking.”

Disrupt Magazine: Talk about a mentor and industry-respected role model. At any point throughout your career, have you ever come across Bob or had the opportunity to speak with him?

BD: Absolutely. I had numerous conversations with Bob throughout my years. One of many conversations revolved around the  wonderful setup of REDHAT/consoles setup at the stadium for anyone to use and learn on. Bob would always share in depth insights to both computing and business. This truly helped me bridge the gap for business tech.

Disrupt Magazine: What would you say was your “stepping stone” towards building a business around your passion for computer and networking technologies?

BD: When I was 10-years old, I built one of my first computer builds, which of course consisted of many, many sleepless nights of trial and error in learning both the software and hardware aspects. I would say this was the stepping stone towards the very first computer business I launched, Backend Computer Systems (BCS).

When the company first launched, I wanted to help just my family and friends situate their computer systems in proper order. My reasoning was simple–I just wanted to help people and educate them in the same process so they didn’t have issues, especially when it involved seeing their children finish their school work.”

During this time, Deboer says he started to explore and learn graphic design, flash animation, and the coding languages such as Pearl, C++, PHP, HTML, XHTML, and JAVA. “The goal was to teach myself to build and design a website for BCS,” he said. “The next thing I knew, I was getting a lot of traction and phone calls requesting computer repairs. Ironically, I knew very little about advertising, and as my company was blowing up with repair requests, word of mouth seemed to be the method in which former clients would then send people they knew to BCS.

As BCS became more successful, the company eventually rebranded itself from being strictly a computer repair business, to a web development company called BCS Web Development.

“I remember being approached by a client who asked me if I knew how to build a website. They told me that they appreciated the aesthetic of our company’s website and wanted something similar for their business. All I could think of was ‘YES’, I can build websites, not then understanding the importance of monetization. What I did know was that I wanted them to receive as much traffic as possible, allowing them to have the most optimized exposure. In building that client’s website, it was definitely a huge learning process; again lots of trial and error, but at the end of the day, the website came out really nice and the client was satisfied.”

From there, Deboer said the client then inquired into how to develop, gain, and manage online traffic, to which he had already begun studying the SEM and SEO infrastructures. “This was the company’s first real project, and it worked out so well.”

Disrupt Magazine: Why did you feel that a rebrand from ‘computer repair’ to ‘web development’ was necessary at that moment in time?

BD: After that first project, I discovered I was in a massive niche in the computing business, as with every new project that came my way, the more complex they became. By rebranding to BCS Development, it allowed me to meet with individuals at very high-level positions. As a teenager, I was able to walk into a large company atmosphere and interact (almost) as if I were on the same playing field as they were; I was treated with such respect by company executives and staff, which felt like a dream come true.

Disrupt Magazine: Could you elaborate more on this early-stage of networking you describe above?

BD: I could really meet whomever I wanted, based on just my work alone. I found myself in and out of meetings on a daily basis, bringing in new projects to the company. Essentially, I found myself on an entirely different side of the business world that I had never known. This skillset really mapped the way for many projects to come, allowing the company to work on various projects, which taught me even more about the power of networking and e-commerce. My clients were able to properly monetize in ways that allowed for a greater ROI, based upon their investment into their own website and platforms.

Disrupt Magazine: Fast-forward to today, where you are very deep into social media management and media consulting, what can you tell us about that transition?

BD: Over the years, I studied e-commerce, specifically the entire inner-workings from the web platform and commerce engines, to the merchants themselves. As new doors to clients continued to open, it forced me to stay on top of industry-related news and events at all times.

Now, with a world so heavily dependent upon social media, it stemmed from online gaming. I have met so many amazing people online, across the globe, which allowed me to interact with anyone at any time. Eventually, I found myself interacting with influential individuals, including public figures and celebrities. With that, I learned how to leverage social media platforms like Facebook, Instagram, Twitter, and LinkedIn to my biggest advantage: networking.

Clients I worked with often referred to me as “the Connector,” because I would always find ways of leveraging my existing relationships with one another, with the purpose of achieving very specific goals. But by entrusting your network with anyone and everyone, you quickly learn the pitfalls and lengths people are willing to go to “cut you out.” Of course, these were all very positive experiences and lessons for me.

I quickly realized that we are all just human beings who wear different hats and hold different cards. Upon that realization, I learned to create relationships with those I felt shared similar values and morals as I did. We live in a world right now which requires patience, guidance, dedication, and love.

Previous: How Brian Murdock is Using Technology to Inspire and Empower Communities

This Corporate Consultant Sandra Haseley Is Revolutionizing The Coaching Industry