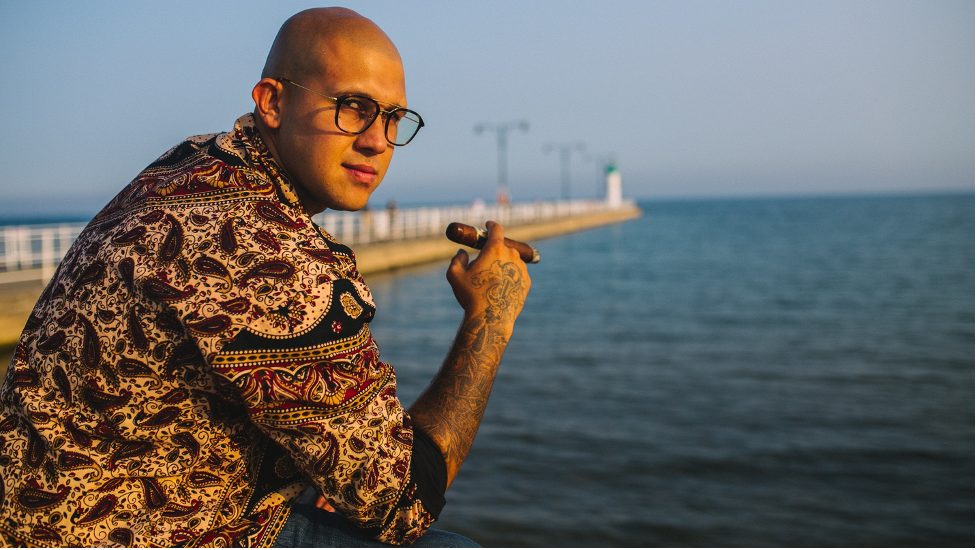 I’m going to start out by saying that we do not encourage the use of drugs and the reported findings are for educational purposes only.

This must be one of the most insane, out of a movie, title-catching, mind-altering segments on a highly successful individual ever covered. We hadn’t previously heard about the Akashic records and yet a 28-year-old entrepreneur has managed to access, download, and program in opportunities, before knowing what the Akasha was. The business magnate claims to be an accelerant of his former self with the help of reaching divine information. After our interview and some research, we deeply believe there’s a universe of knowledge you’re missing out on (literally).

The “Akasha” or Akashic Records are a repository of cosmic information mentioned in religious works around the world dating back thousands of years to Hindu scriptures. Akasha is a Sanskrit word which means “ether” in both the elemental and physical sense. Theosophist and Author Alfred Percy Sinnet wrote in his 1883 book “Esoteric Buddhism” that one could access their Akashic records upon attaining higher stages of individual enlightenment. Edgar Cayce also went on to explain the Akashic Records can be seen as the universe’s supercomputer, a central storage facility of all information. It is said to have the energetic imprint of all your past lifetimes stored in the etheric field of the planet, ready for you to access at your will. It can give you a deeper meaning of knowing who you are and why you are here.

“I stumbled upon the Akashic records while on a transformative LSD experiment with my dear friend Enrique. He’s a brilliant hedge fund and programming wizard working at the top level of finance. Given our professional careers and reputations, we are the two last people you would expect to drop acid. Nevertheless, lemon water and fruits were prepared to sustain an experience which tethered me into cosmic consciousnesses. It altered the possibilities of my existence in this dimension forever. What I found was an infinitely more important space to work in which I later learned to be the Akasha.”

The benefits of information accessed, downloaded, and programmed from the induced state have created weeks of explosive growth and opportunity up until this interview according to Kyle. Not only are his mental faculties more advanced with regards to retention, intuition, and overall perspective, but professional opportunities are also flowing through frequency waves into every area of his life.

“The opportunities came without intent while in my usual state. I did not seek them out or contact a single person other than the work done in that altered space. It begins with a holographic computer of sorts prior to transforming into a vibration which downloads you into the core. It was as though I travelled in an information tunnel through infinite numbers while having access to the universe’s higher knowledge. Manifestation in that state is millions of times more powerful if you can focus on intent. The problem is the clarity it presents you with. Ignorance is no longer bliss. You realize that working on your divine self and souls’ true path is more important than staying attached to the material world in which we live. Yet ironically, I wake up to several requests for press, sudden increases in my portfolio, requests to partner with exclusive ventures, celebrity introductions and more.”

Sounds pretty good to me. It also sounds a lot like the film The Matrix which could have had some underlying subconscious impact on the experience. Our personal memories react and induce a large part of the experiences we go through when doing drugs. Of course, that wouldn’t explain how Nobel prize winner Dr. Ervin Laszlo proved evidence for the “A” or Akashic field in his quantum zero-point energy theory, which was first discovered by Albert Einstein. Nikola Tesla once said, “the day science begins to study non-physical phenomena, it will make more progress in one decade than in all the previous centuries of its existence”.

“I’m certain of the state because I am now able to access it through meditation alone if I can dial into the right frequency. It is a metaphysical process of transcendence into an energy field where the past, present, and future are all happening at once. Anyone can access it while focusing on the path to enlightenment. Those who are not ready to access it should not attempt to, although a part of me feels like it will present itself when you are ready. You can undo lifetimes of work by not being authentic, not listening to your soul, and altering a frequency you are not destined for.”

Referred to as a modern-day network, the Akashic Records closely resemble a connection and use case with that of the internet. Although it cannot be seen, it is everywhere around us. Once accessed, virtually limitless information presents itself depending on what you seek. Hidden patterns and codes float around like the groupings of the complex number structures that Kyle explains when undergoing the download and programing phase. Afterall, the fabric of space itself is made up of energy and information, propagating through quantum waves.

“I still have a lot of work to do in this space. The experiences in that dimension were much more powerful than the gains of material, fame, or enhanced ability in this one. There’s been a great sense of fear next to feeling that it is my duty to share this information. A group of hooded and cloaked, faceless beings in a circle would look down into a well of energy on my life. Above them was a door in the middle of the cosmos, beaming with light and steps into it. For whatever reason, they wanted me to remain on this physical plane instead of entering through that door. It’s made me more curious than ever to learn what lies behind it.”

As if the life of this serial entrepreneur, now blessed with divine cosmic knowledge to rub shoulders with overwhelming opportunity, isn’t enough of a kick in the morning. Talk about a conflicting read. That’s been the question since 1999 or likely as long as we can remember, hasn’t it? Red pill or blue pill? The choice is yours.