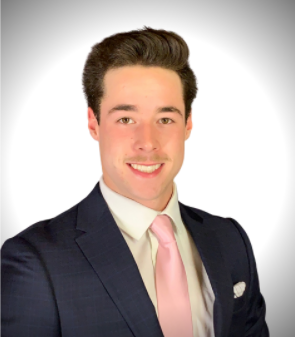 Born and raised in Calgary, Alberta, Dante is a go-getter who is determined to take on any challenge that life may throw at him. Dante works as an Authority Advisor at Building Your Authority and has had great success in the world of sales.

Determined and hardworking, Dante has never backed down from a challenge as he continually strives to succeed in everything he does. As an avid hockey player, Dante was skating as soon as he was walking. Working his way up to playing on a junior A team in California, there is no questioning whether or not all that hard work pays off.

Like most people, Dante struggled to find his true calling in life as he made his way into adulthood. The constant questions of what one wants to be when they grow up that begin in kindergarten didn’t have a true answer until recently. When he was young, Dante watched his father create a business, allowing him to see the hard work and attention to detail that is necessary for building a bigger and better company. Through Building Your Authority Dante has found a true calling in building his own success while also helping those around him find success. His life goal is to be able to see everyone reach their full potential within themselves and their business.

Dante Hubick is passionate in the pursuit of building his success in the business world, working his way up from a job stocking shelves in a grocery store to becoming an Authority Advisor in a matter of two short years all while working on an electrical apprenticeship. Dante began his career in sales as a door-to-door salesman, although most would turn the other cheek to knocking on individual’s doors 12 hours a day in the sun or rain, Dante fell in love with the ability to connect with people from all over. Dante’s outgoing personality and love of socializing have allowed him to build strong relationships with anyone he may come across. Living in San Diego, Vancouver, and Calgary, Dante has worked hard to expand his network before working with Building Your Authority. Now as an Advisor, Dante is able to expand his network even further using technology in a world that currently feels so isolated. The relaxed and laidback approach that Building Your Authority offers has allowed Dante to network from home while still being able to do the things he enjoys. Watching his family as well as many others struggle with debt and financial burdens, he hopes to pave a more stress-free life for his future family while inspiring others to do the same. Dante hopes to leave his mark as an entrepreneur for a more ethical and sustainable future.

Why Did Dante Become an Authority Advisor?

Although Dante was extremely successful in the world of door-to-door sales working with close mentorship under Oliver Lester the “Door-to-Door King”, the season of door-to-door unfortunately comes to a close as the weather cools down. Through the network he was able to build with the help of Oliver Lester, Dante met Matt Tommy and Shahrez Hayder the CEO’s of Building Your Authority. The close mentorship has inspired Dante to build his dream life while pursuing his passion for building his own success while helping others. Before Building Your Authority, Dante had extensive knowledge in business yet still lacked the ability to apply it to media platforms. Although he knew how to connect with people the shift into a world where we can no longer be face to face brought on a new challenge that he was eager to take on with the guidance of Matt and Shahrez. Building Your Authority connected Dante to his mentors allowing him to seamlessly make the transition into his new business venture. Dante hopes to continue to network and to even expand his network by working with more top-level entrepreneurs from

all over the world, whilst establishing top ten lists that can put your company in the spotlight it deserves. The online approach that Building Your Authority offers has allowed Dante to be able to continue his love of connecting with others year-round while still being able to guide those around him towards success. Dante Hubick is a young individual that the business world should keep a close eye on.

Who is Matthew Emmerson?