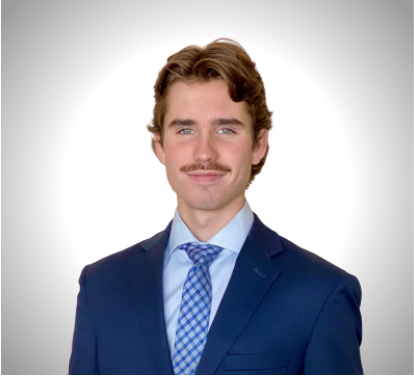 Matthew Emmerson is a true Canadian, he was born in Regina before moving around the country and living in various cities such as Calgary and Vancouver. As a child, Matthew was surrounded by many individuals who motivated him to work as hard as he could to achieve his dreams whether they were related to future endeavors or his career in hockey. Matthew was always determined as he played hockey and worked throughout high school, without missing a shift, game, or class.

Matthew has frequently been surrounded by the business world as his mother built a successful company that was able to provide financial success and opportunities. From watching his mother, Matthew began to conjure up business ideas of his own starting with the traditional shoveling of driveways. Matthew is no stranger to hard work as he worked a manual labor job for many years before becoming a door-to-door salesman. At first, the world of sales was intimidating for Matthew as he was naturally shy, door-to-door sales helped Matthew gain confidence in communicating with many different types of people. Matthew found out that he was passionate about being able to get to know others while being able to help and provide education for them. The new communication tools allowed Matthew to open up to the world in new ways and gain many new experiences in life that he continues to carry with him as an Authority Advisor and Building Your Authority.

In 2015 Matthew was given the opportunity to work with The Backyard School Project in Guatemala. The Backyard School Project allowed Matthew to provide children in Guatemala will the tools to receive a proper education. Being able to see that children in Guatemala would hike up a mountain in order to gain an education, Matthew began to push himself harder in school in order to work to his full potential. Matthew explains his experience as an important stepping-stone in finding his true passion. Matthew also helped with flood recovery in Alberta in 2013, opening his eyes to the importance of financial security and dedication. He began to pursue an education in business, completing multiple financial courses to help him better understand what it would take to reach his goals. Matthew is extremely self-motivated and dedicated to obtaining success.

Matthew is driven by his goal to gain success in business and entrepreneurship with the hope to pay for his parent’s retirement and build them the house of their dreams outside of the city. Matthew hopes to make those who surround them happy and successful in every aspect. Matthew dreams of being able to travel the world sharing his experiences while continuing to learn from others in order to achieve great success for himself and the people he interacts with. Focusing on the value of personal development he is determined to highlight the importance of continually learning. Currently, Matthew is focused on the business world and achieving physical wellness that will help push him in all aspects of his life going forward.

Why Did Matthew Become an Authority Advisor?