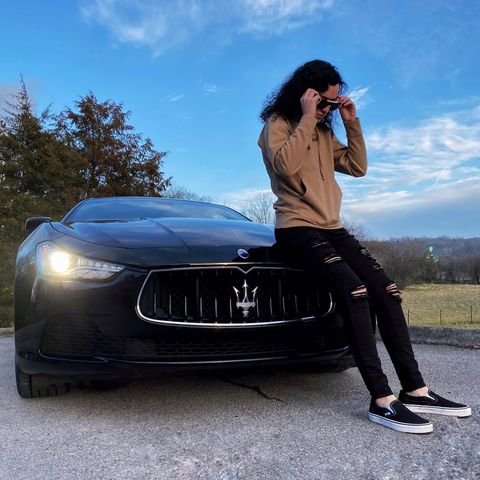 For many Entrepreneurs, it’s a dream to be able to create passive income. Income that you don’t need to work for and that works for you while you sleep.

For many business owners, having their business is nothing more but a glorified job. They’re overworked and underpaid and they don’t get to spend time with their family.

However, some savvy entrepreneurs know that it’s better to take over a profitable business than build a new one.

Building a new business from scratch requires a lot of fundamental work and sometimes it’s harder than it looks. However, like Hannah Ingram, she focuses more on smarter work rather than hard work. She understands that if you get creative even with no credit and no money down you can purchase a profitable business and write and basically purchase a business that has been up and running for years upon years and has a track record of bringing in profit every single year.

By doing this you don’t have to spend time to actually manage the business and you’re able to benefit from the rewards of the years put into the business by the previous business owners.

Not to mention that Hana Ingram is only 22 years old and she purchased her first car wash earlier this year. That’s why she went more of the passive income route than any other route in existence. Instead of building your own business or doing something that’s a lot harder, she read many books on famous billionaires and how they think and started that way.

How Hannah Got Started

She read this quote by Warren Buffett that said, if you don’t find a way to make money while you sleep, you’ll work until you die. So that really stuck with him. Hannah started thinking, what’s some of the business models that you can do where you don’t have to be there and you can be making passive income.

That’s when Hannah came up with that carwash, or even a laundromat or storage facility. Hannah is making money all the time while she sleeps. She’s established that business model for herself.
She chose the car wash first just because it was the first business under her belt, but it won’t be the last.

How Her Thought Process Evolved

The normal “get a safe job, work until you’re 65, retire” isn’t something Hannah wants. She wants to be financially free. She’s like the black sheep of the family, where she totally dives headfirst into things like how she did with real estate. So she started reading business books, personal development books, just being obsessed with bettering herself.
Even with the car wash, she thinks outside the box. For example, she has a bit of land there where she plans on putting some storage units next to the car wash.

She would watch videos on YouTube all the time of billionaires, millionaires, just learning how they thought and that’s when she saw the opportunity in real estate. How real estate makes the most average millionaires in America.

At the age of 17, she couldn’t get her real estate license so she started emailing appraisers, brokers, real estate agents begging them to let her work for them for free for the summer as soon as she graduated high school. She messaged over 50 people until one day someone gave her a shot.
From there the rest is history and she’s been doing real estate for 4 years now.

Her First Car Wash Is only The Beginning of Her 7 Streams of Passive Income.

Hannah did not take a loan out from the bank or credit union or anything like that. The sellers were her bank, they got a loan a few years ago. They got the loan for the carwash, and it’s through their bank and Hannah drew up some legal papers saying that she was going to pay their payment every month, but the car wash was also going to be hers.

It’s a creative financing strategy that is called seller financing. So basically Hannah will just pay their payments and the carwash is out of their hands.

She ran the numbers and knew the business was profitable and she also knew she could make some changes in order to make it grow even more. The previous owners were too busy to even take care of the car wash. For all everyone knew Hannah could have had 25 cents in her pocket but no one cared because of the creative financing strategy. She teaches this strategy to over 500 students in her program and she got the car wash in less than 14 days.

Wrapping Things Up & Advice to Entrepreneurs

Hannah’s advice is to start now. There are too many people caught up in the purchase price.
They’re asking questions like what’s better, a carwash or a laundromat.

And then eventually you’ll succeed through perseverance, discipline, and the law of attraction.