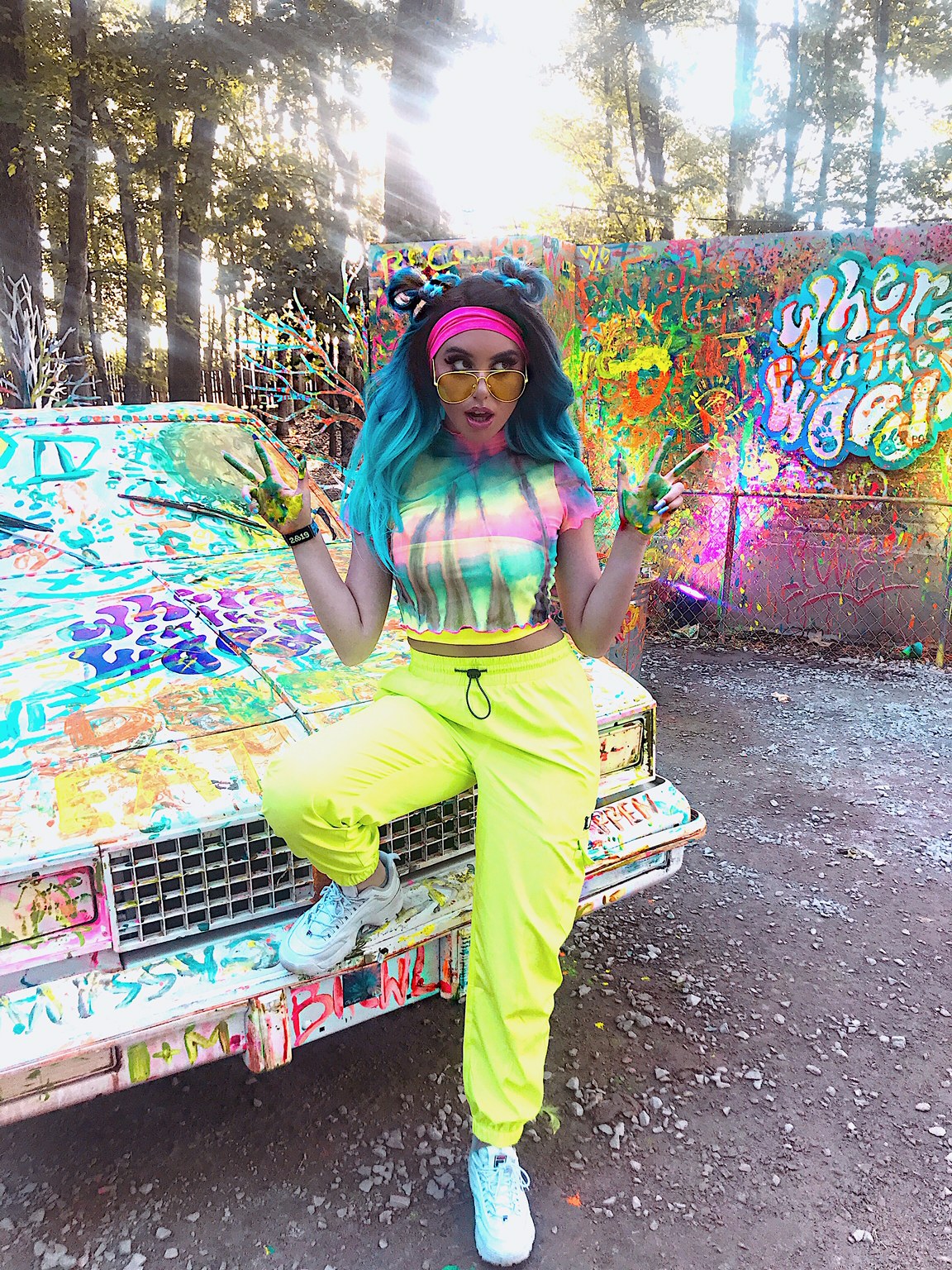 Ever heard of the saying, “All that glitters is not gold”? Well, no one knows the reality of these words better than Savannah Grace. While many of her peers grew up enjoying every minute of their childhood, Savannah did not. She was born with Sensory Processing Disorder a condition that causes people to overreact and respond abnormally to sensory information. As a child, Savannah had few friends. She, however, was able to overcome the disorder and the stigma that tugged along, to become a renowned social media influencer.

At the age of 11, Savannah Grace was already on TV and she has been in the limelight since then. After being in the show business for quite some time, she knows very well what the industry is all about. In her own words, she says, “Being perceived as a social media influencer can have a negative connotation to it”. In the following article, Savannah talks about 10 common misconceptions about influencers. She goes ahead to demystify this misunderstood business and to open up the fact that influencers are real people with real lives.

Being an influencer is actually very hard work. There is a lot of work that goes into being an influencer. You have to schedule specific times to post, learn what’s the correct amount of times you should post a day, how to research popular hashtags, and also learn how to edit content which can be very time consuming and challenging. You need to learn how to land brand deals, learn to negotiate, and most importantly staying active across all your social media platforms. These platforms could include YouTube, Instagram, TikTok, and live streaming apps such as MeetMe. Being a freelancer is not just any other job, it is a constant cycle of strategizing and making business decisions to stay relevant in the industry.

About this, Savannah says, “Honestly, some family members still don’t understand the influencer industry.” Since being an influencer means giving up part of your social life, many of your “friends” will abandon you. They might not do so willingly, it is just that they don’t know how to deal with what you do. For example, while on a trip with friends or family, influencers will take these opportunities to create content like take lots of selfies, portrait photos and maybe even live stream their activities. It is easy for those watching to consider these actions as being self-absorbed. A lot of the time this results in people criticizing influencers, some will even go as far as to distance themselves away because they feel uncomfortable. More often than not, an influencer struggles to find people that support their careers without being quick to judge.

Like Hannah Montana, most social media kids live double lives. There is the person that everyone sees on social platforms, then there is the “normal” person that lives life in all its normality. What you are seeing on social media is their career side of their lives. Off social media they still live regular lives, most of them still go to school, have families, and also have hobbies just like normal people do. For Savannah, juggling school and work were difficult. She says, “It’s much different from having an after school job. It’s something that becomes a part of you.” Balancing can bring a ton of stress, especially on teens.

The reality is that social media influencers are more prone to getting bullied than regular social media users. Being on popular pages or growing up in a small town where everyone knows you can have its fair share of downsides. With more followers comes more bullying. The more people you have looking at your social media, the more exposed you are to being bullied. Luckily some platforms like Instagram has put in place new features to block negative comments, but they still pose a threat.

Most people view influencers as high school or college dropouts who just want to be famous. Savannah is asked frequently, “What is it that you do and what are your goals in life?” Which is another way of saying, “I don’t understand what you are doing or how you can make money from this long term”. The truth is, not all, but many of the influencers you ‘know’ are still in school, or have a business they run that does not need a college degree. Many influencers have their own clothing line, cosmetic brands, books, etc. Some like Savannah Grace is focusing on getting a college education alongside their online career as an influencer to create multiple streams of income.

Despite popular belief, social media stars are not on their phones 24/7. They set aside time for other activities, hobbies and family. Just like you would do with any other job that you would have, so is it with social media influencers. Savannah says, “You would be surprised how many influencers keep relationships private and away from the public.” Influencers do have privacy in their lives, they just have to work a little harder to keep it that way.

Don’t think that because some influencers that do their own social media work that they don’t have social skills. What you don’t know is that many brand deals and collaborations require interviews and meetings which of course demand good social skills to secure. Savannah started booking her own deals by age of 15. Just like it did for Savannah, being an influencer gives kids opportunities to learn business and management skills at a very young age. As influencers start to grow, they then begin to work with managers and agents. It’s not uncommon to see influencer have a large team of people surrounding them to help them build a successful brand.

With all the scandals and breakups you hear about blasted through the internet, it is easy to believe social media celebrities are infatuated with drama. That is only a small portion of the pack. In Africa, you will hear the saying, “Every market has a mad man.” That is why among many sane influencers, we don’t affiliate with those who are all about the drama. There will be those will go as low as to fake cry on YouTube for views or even fight publicly for clout. However, most influencers are serious and are very mature people that are focused and driven to spreading positivity to keep their followers feeling empowered; Which is why Savannah uses her YouTube channel to spread positive messages.

About this, Savannah says, “We are not out for each other’s fame or to see who will gain the most subscribers. I have made some of the best friends I will ever have through social media and we work together as a family. We are always there for each other and want others to succeed. At events like PlayList Live or VidCon, we all get to be together at once. It is the time that we all get to share what is very precious to us and I wouldn’t trade such moments for anything.”

Most influencers invest in their careers for many years before they ever “make it”. Those teeth whitening companies don’t pay out big bucks. Like any other career path, it takes time and hard work to make the desired income. For many of the stars you see out there, social media started out as a hobby. As the passion grew, they made a conscious decision to turn it into a career.

Related Topics:InfluencerSavannah Grace
Up Next

Whether To Sink Or Swim With Kaye Bassey