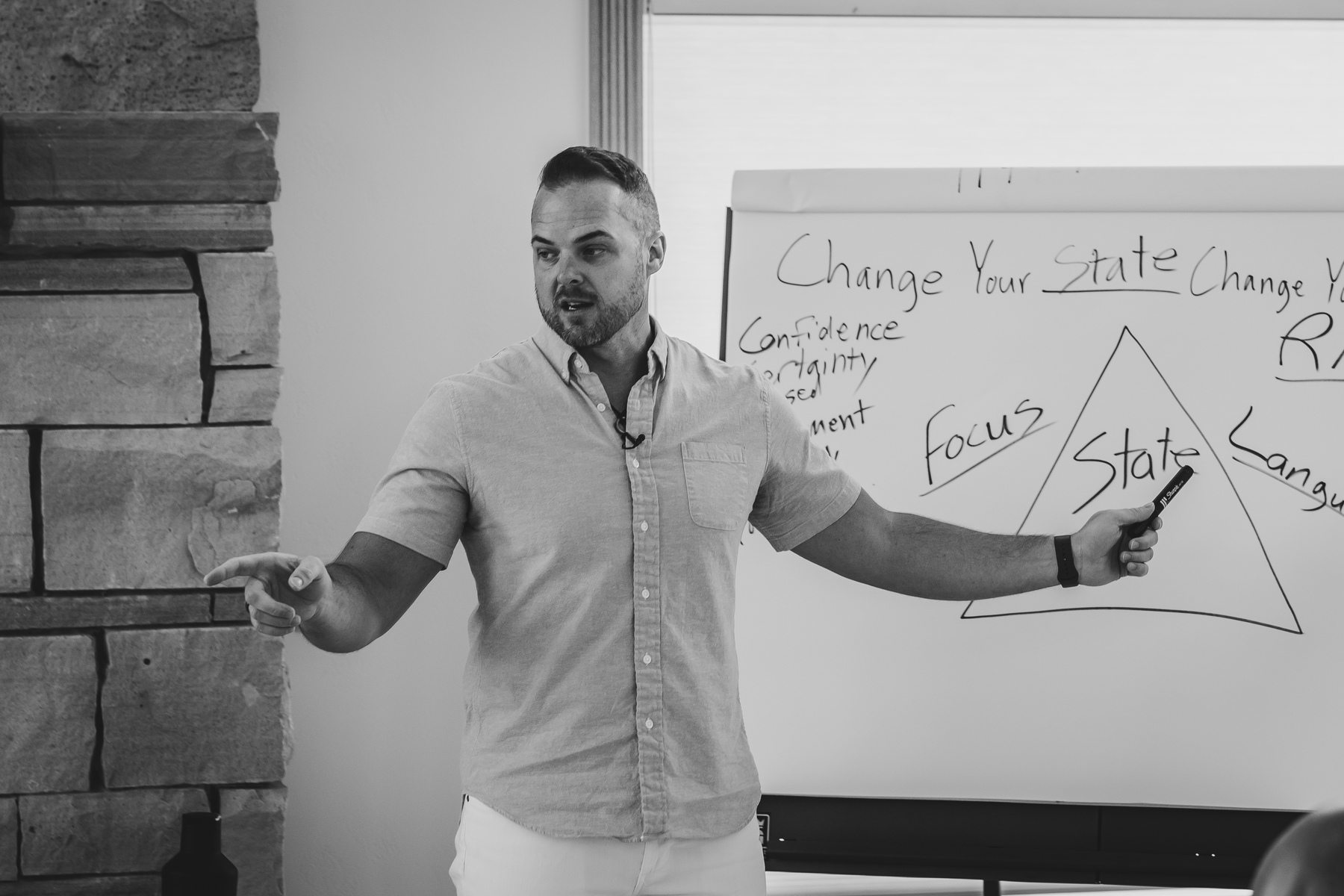 Success does not just happen. You create it. For about two decades, Dr. Justin has trained his mind to succeed. When he was sixteen, he was fascinated by Tony Robbins’ teachings and started reading his book Awaken The Giant Within. Since Dr. Justin couldn’t afford Tony’s program, he went to the library and checked out “Get the Edge,” which was on cassette tapes at the time.  Dr. Justin dubbed the cassette tapes and started listening to them over and over so he could constantly feed his mind.  He also began studying the works of others: Jim Rohn, Jack Canfield, Brian Tracey, Zig Ziglar, and many more.

After studying all of them, Dr. Justin realized a common thread. The following three aspects will take your success to the next level.

All successful people that Dr. Justin studied had high levels of self-confidence. They carried themselves with power and enthusiasm. That resonated with him. Dr. Justin grew up as a shy, introverted kid. Dr. Justin remembers taking a speech class in college and how nervous he was when he spoke in front of the class.  His voice was shaking and his hands were trembling so severely as he was looking at his note cards.  He hated the experience so much that when he was done, Dr. Justin swore that he was never going to speak in front of a group of people again.  However, as time went by, he realized that there was a calling on his life for more. He knew he wanted to make a huge impact on the lives of others.  He knew that it was going to make a significant impact, he would have to develop a high level of self-confidence and overcome his fear of public speaking.

Dr. Justin worked on himself, and went from a shy kid that was afraid to speak to a small group of people, to today, this visionary man speaks live on stages in front of thousands of people worldwide. However, he would never have achieved this goal if he hadn’t believed in himself and kept working on developing his self-confidence.

One of the ways Dr. Justin increased his self-confidence, was by applying the principle of “modeling” that he learned from Tony Robbins.  To do that, you find someone that is doing what you want to do successfully, and then you model their behavior.  Dr. Justin wanted to be a great speaker so he started studying other speakers.  He watched how they used their bodies, their voice inflection, and their presence while they were speaking.  He began to model the traits that he admired of those speakers.  He practiced speaking with those traits (modeling) over and over until, eventually, it became part of him.

No athlete goes to compete without strict training lest they are bound to lose. They keep practicing over and over and over and finally master the skill. You can also do the same thing with any skill, whether speaking, communications, sales, copywriting, or some of the best skills people need to master. However, it takes repetition. Repetition is the key to mastery.

Repetition is the mother of skill. But why is it important? Repetition helps transition a skill from the conscious to the subconscious. This step makes a skill to be part of someone without them having to consciously think of performing that skill.  For example, when Dr. Justin first started modeling other speakers, he would think about the traits of other speakers (voice inflection, body language, etc.) as he practiced speaking.  But over time, with enough repetition, he no longer has to think about those traits, they are now a part of who he is as a speaker.

Focus on Significance vs. Success

Do you want to achieve anything?  First, get clear on what you want and focus on achieving it. To focus is to pay close attention to a specific thing. Where focus goes, energy flows.  Focus helps you center your attention on a focal point to help you attain your primary goals.  The focus will help build your momentum, increase your productivity, and better understand yourself.

The above three tips have been the central pillar that helped Dr. Justin re-evaluate his life’s purpose and set him on a path to inspire and empower others to step into their power as he helps them create personal transformation in their lives.  As a result, he advocates for people to live an abundant life of purpose, passion, peace, and profit. These tips also helped Dr. Justin pivot from running a seven-figure business to becoming one of the most sought-after mindsets and personal transformation coaches for business owners who feel stuck and frustrated and are looking for a breakthrough in their business or personal lives.

For tips and secrets on how to shift your success to significance, you can connect to Dr. Justin Moseley on:

Get Some Shut Eye with the 4mom MamaRoo Sleep Bassinet