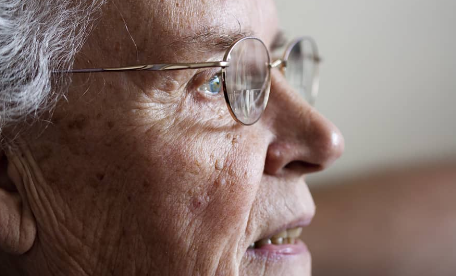 Even though it can get a bit trying at times to be the one monitoring aging parents who insist on living alone, it’s not something you resent doing. They were always a loving presence in your life, and you can do nothing but try to give back some of the care they gave to you over the years. However, there are times when you suspect they may be experiencing the early symptoms of dementia and are totally worried because they insist on living alone.

They “don’t want to be a burden on you and your family.” You have offered repeatedly to bring them into the fold as you’ve got a perfectly good bedroom that is rarely, if ever, used. You don’t get enough overnight company to call it a guest room and at this late stage of the game, you’d rather your elderly parent get some use out of it. At least you’d be able to watch over them a bit. So, how can you keep a watchful eye on them if you are truly concerned? Here are some ideas.

This is one way you can sort of keep an eye on your elderly parents without being too overly intrusive. Perhaps install a security cam in the living room and kitchen so you can check in on them from time to time during the day. Explain to them that you are worried about them living alone and if you have to tell a little white lie, it’s for their own safety. Explain that you are concerned with all the home invasions in your city of late and they shouldn’t really mind. After all, you aren’t placing them in a room where they deserve a greater deal of privacy like the bathroom or bedroom. This way you can see if they are watching television or wandering around randomly as if they are lost – and they just might be!

2. If You See Progressive Signs of Dementia

If you see progressive signs of dementia such as putting one shoe on then walking away without slipping the other shoe on the other foot (believe it or not this does happen!) or taking their medicine in the kitchen and then you see them trying to take it an hour later as you next check in on them. At this point, you can read about what Belmont Village suggests what to do if parent has dementia. They discuss how families deal with parents exhibiting symptoms of dementia. At this point it is probably unsafe to leave them unattended, so you will probably need help getting them into residential care.

3. Ask a Neighbor to Check in For You

Until you can make a final determination on what to do, you will want someone to check in on them if you aren’t available to monitor them. You have tried hiring an in-home caregiver, but they refused that as well. Sadly, they don’t know about those moments when they suffer potentially dangerous memory loss, so it just might take the aid of professionals at a local residential senior home with memory care to help you get them moved in. They have the skills many of us don’t have and as such, are better able to talk to your parents about how much they will enjoy living beside other seniors their age with similar interests.

If all else fails, you may need to have to speak with their doctor and an attorney to get them situated in a safer environment. It may feel bad to do so, but it is for their safety after all, and that’s what you have to hold onto. Do what you must to ensure their safety. That’s the loving thing to do.

Pink Lilies For Your Special Occasion

Everything You Need to Know About Fashion Enthusiast Afrid Rahuman