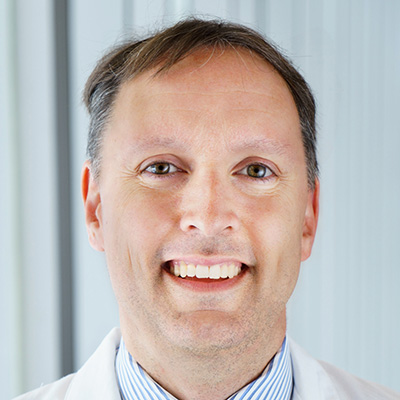 David R. Roesener is a leading medical physicist currently working in the state of Ohio

David Richard Roesener from the state of Ohio is a well regarded medical physicist currently working as a radiation physicist at The Ohio State University Wexner Medical Center, where he has been working with the radiation oncology department since early 2014. Previously, he had served as a senior medical physicist for Global Physics Solutions based in Chicago, Illinois where he acted as the primary physicist for two centers in the Chicagoland area. He would prepare multiple centers for state audits performed by the Illinois Emergency Management Agency. He is also certified by the American Board of Radiology. From 2006 to 2009, David R. Roesener was a staff medical physicist as part of the department of radiation oncology in the Barrett Cancer Center at University of Cincinnati College of Medicine. From 2005 to 2006, he served as a junior medical physicist at Brigham and Women’s Hospital at Harvard Medical School.

David R. Roesener holds a Bachelor of Science degree in Materials Engineering. He has also earned two Masters of Science degrees from the University of Cincinnati, based in Ohio. The first he received in 2002 for Biomedical Engineering. The second he received in 2005 for Medical Physics. Mr. Roesener was an ASM International Committee member from 1996 to 2003. He was named ASM Outstanding Young Member in 1999. Other honors and certifications for David Roesener include the William Tholke Scholarship Award, an ongoing member of the American Association of Physicists in Medicine since 2003, and has held his Professional Engineer License from the state of Ohio since 2003. In his free time, Mr. Roesener enjoys playing music, recreational sports and exercise, as well as reading in a wide variety of subjects spanning scientific works to classical literature.

David R. Roesener, native of the state of Ohio, discusses 4 reasons why it is important to be a part of the fields of radiation oncology and medical physics:

1. Radiation Oncology and medical physics are critical medical fields that play an important role in the diagnosis and treatment of cancer. Radiation therapy is used to kill or damage cancer cells, while medical physics focuses on the research, development, implementation, and optimization of medical devices and procedures. Both medical fields work hand-in-hand to ensure the most effective radiation treatments for a patient’s particular type of cancer.

A medical physicist must understand how radiation interacts with human tissue in order to design safe, accurate treatments while minimizing any potential side effects or risks to healthy tissue. Medical physicists consult closely with radiation oncologists to coordinate treatments that will provide the most therapeutic benefit while reducing damage to healthy organs and tissues. In addition, medical physicists also perform dosimetry calculations to calculate radiation doses for each individual patient based on a variety of factors such as tumor size, shape and location.

2. Another important aspect of medical physics is research into new technologies and techniques for more effective cancer treatments. By understanding the physical properties of radiation and other medical imaging modalities such as ultrasound, computerized tomography (CT) scans, magnetic resonance imaging (MRI), positron emission tomography (PET) scans and radioactive tracers, medical physicists can develop new techniques that enable clinicians to diagnose conditions more accurately than ever before and provide better outcomes for patients.

For example, medical physicists have been instrumental in developing proton beam therapy – a form of radiotherapy that utilizes beams of proton particles instead of X-rays or gamma rays – which allows doctors to target tumors more precisely with higher doses while reducing exposure to surrounding tissues. These advancements continue to improve the accuracy of radiation therapy treatments while further lessening any potential negative side effects for patients undergoing treatment.

3. Additionally, medical physicists play an important role in quality assurance by ensuring that equipment used in radiotherapy is properly calibrated and functioning correctly prior to use on patients. This involves performing detailed tests on each machine periodically throughout its operational life cycle in order to ensure proper performance standards are met at all times during treatment delivery operations.

Medical physicists also oversee safety protocols within a healthcare facility by making sure all staff working with radiation therapies are properly trained in using radiation safety equipment such as lead aprons or protective eyewear when administering treatments or conducting medical imaging procedures requiring radiation exposures such as CT scans or X-rays. Furthermore they advise healthcare personnel on any changes needed within their current protocol when it comes to radiation safety regulations or guidelines set forth by local state or federal agencies related to radiological matters such as ionizing radiation safety standards set by the Nuclear Regulatory Commission (NRC).

4. Lastly, medical physicists often help lead efforts towards improving patient care through their involvement in clinical trials researching new methods for diagnosing and treating various forms of cancer; modeling simulations that can predict treatment efficacy; developing computer programs that help physicians make decisions related to patient care; teaching courses at universities related with their field; or providing educational lectures or workshops at professional conferences focused on advancing medical physics knowledge among healthcare professionals working with this field such as medical dosimetrists and medical imaging technologists . Ultimately these contributions may allow clinicians provide more personalized care for each individual patient according to their particular needs since technology developed through medical physics can be tailored towards best meeting those specific requirements .

Overall it is clear why both fields are so important – they are essential components in providing accurate diagnoses and effective treatment options for those suffering from cancerous diseases today – whether it be via advancing existing technologies such as proton beam therapy, ensuring proper usage of equipment within facilities through compliance audits, or leading efforts towards improved patient care through clinical trials. It is this dedication from those working within radiation oncology & medical physics which continues helping many individuals facing health struggles today.

To read about other ideas and issues in the medical community please see these other Disrupt Magazine articles: