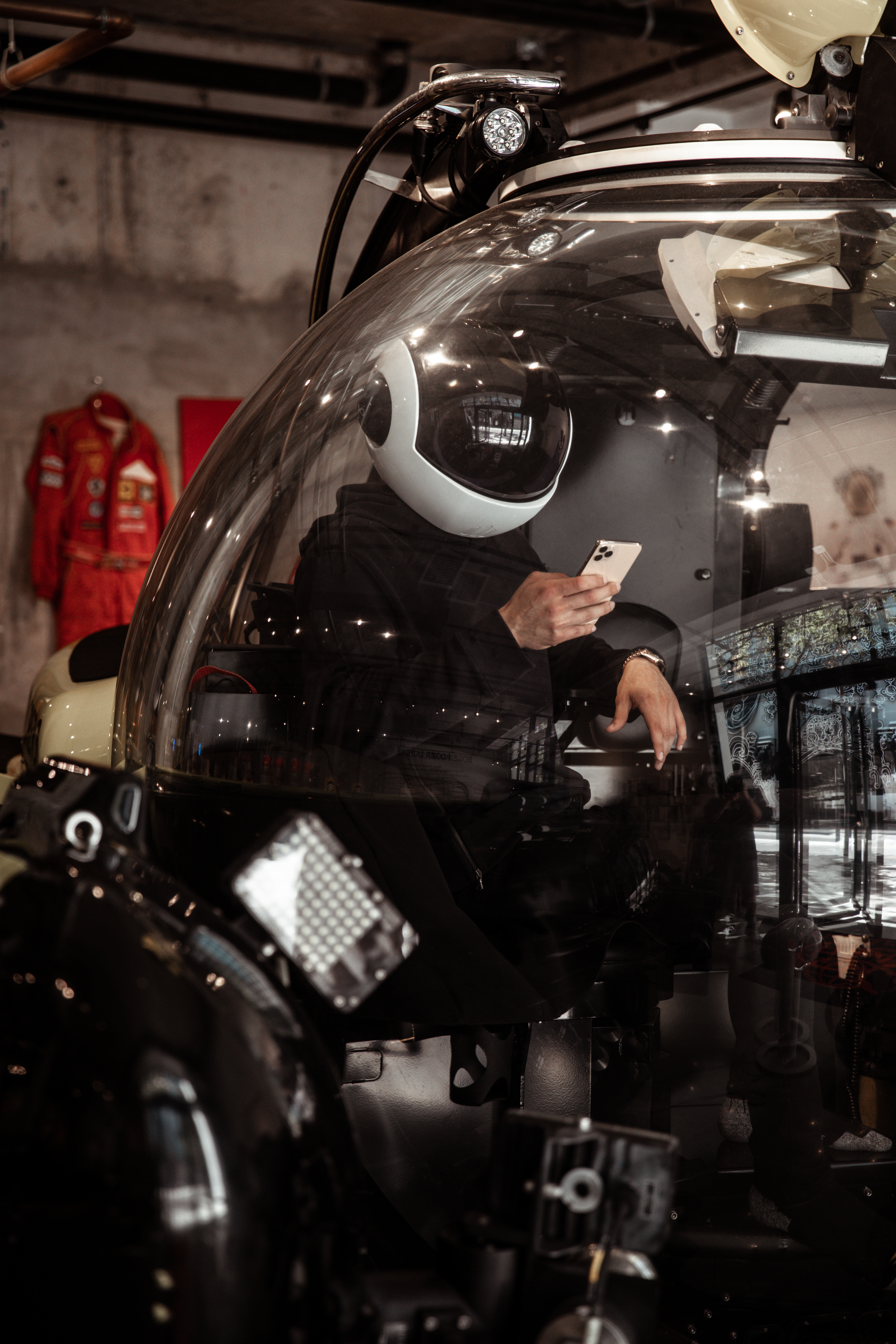 What’s Your Back Story

My name is 8 Ball, I’m a 24-year-old artist who found success as a young singer-songwriter, but I soon realized the extra personal stress that came with rising fame. I soon found a new outlet for my art, and I honned  in my now signature attire: a black sphere headpiece with a white chinstrap. While my persona is enticing, my music has been even more alluring. With a deep cache of talents and skills, I work to minimize outsourcing while in the studio, creating all the sonics I wish by use of my own production, vocals, instrumentation, and songwriting. This method has paid off for me in a plethora of ways.

What Inspired the Name 8 Ball?

In the public sphere today, celebrities of all stature are given praise seemingly at all times. While many of them serve as inspiration and role models to millions, every turn they make is just as easily criticized as it is applauded. Few have been able to keep their personas or identities removed from the public eye while still making meaningful work, but it has been accomplished. For example, artists Daft Punk and Marshmello have both received global recognition and headlined famous music festivals – all while dressing in signature headpieces that skew their identity from the masses. In this same vein of artistry, as a Detroit-producer and songwriter I am starting to find success by adapting this same strategy.

What are some of Your Biggest Accomplishments?

I have been able to accomplish lot of great things over the course of my career, but I will go over a couple that stand out. Now an RIAA Gold Certified producer for my work with Tory Lanez and Tee Grizzly, I have performed at music festivals worldwide and has begun releasing my own solo work. In August of 2020, I came forward with three tracks of my own, each highlighting a different aspect of my unique repertoire of talent. A standout of the three tracks, Sunset, comes with many takeaways as to what I am capable of. A euphoric and dance-inviting track, Sunset displays not only the Detroit artist’s natural DJ talent, but it also shows my musicianship for keys and drums. The two adjacent releases, Take My Hand and Dark Side, both further the idea that I have a plethora of talent to accompany his idiosyncratic persona.