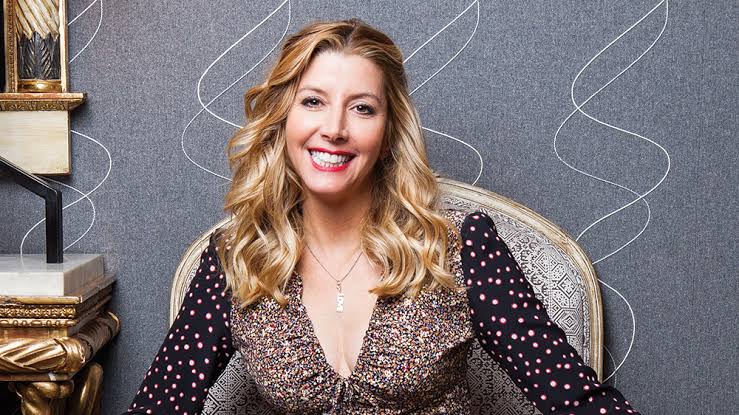 Many have become household names — Arianna Huffington, Indra Nooyi, Debbie Fields, and more. But perhaps nobody has a better story than that of Sara Blakely.

Blakely founded Spanx, a shapewear company that mostly sells women’s undergarments. Her first groundbreaking product was the footless pantyhose, which was created almost by mistake. She cut the feet off one of her pantyhose and wore them as undergarments. While she didn’t like how they rolled up, she found them comfortable and practical.

For Blakely, ideas play a major role in entrepreneurship. Inventors need to think outside the box and sell their radical ideas to the public.

“So get off autopilot, look at everything, every object in your life, the way that you do things,” she said. “When you get up and brush your teeth, is there a better way to brush your teeth? Is it the right way to be doing it? And see what comes.”

Part of thinking outside the box means calling on a diverse group of voices and opinions. Blakely, like many other female entrepreneurs, brought a unique perspective to the fashion world and revolutionized business because of it.

However, she’s not the only one making large strides. Here are eight other incredible women making long-lasting impacts in business:

1. Leaders should tap into their feminine intuition.

Imagine how the world might change if women felt they could express their innate feminine qualities such as compassion and intuition and not be shamed or judged? Imagine if that woman was also a leader – of a business, a country, or any other position of needing to inspire others. Imagine embracing the concept of the “feminine leader.” It is just what the world needs right now.

Feminine energies are the balance needed to heal and transform a system that has been dominated by the patriarchy and wounded masculine energies for centuries. Female leaders would benefit everyone: men and women alike.

Everything changed for me after I suffered from a near-death wakeboarding accident in 2015. I swear I saw the light at the end of the tunnel. But before I went towards the light, I heard a voice say, “Jules, you have more work to do in the world, do you want to do it?”

Then, I felt as if I was zapped back into my own body. That’s the moment when everything changed.

It was the start of my life being created through me rather than by me. I had to let go of someone else’s version of success and start following my own. My dad always used to tell me what a bad idea it was to go into entrepreneurship. He always thought that I wouldn’t make it and that I’d need to rely on others for support. However, my near-death experience taught me that life was too short to live on someone else’s terms.

From that accident, I created my company, Unconventional Life, to reach millions of people worldwide who are ready to make a life by their own design. I’ve hosted retreats on six continents over the last five years, founded a 7-figure all woman-run company, and launched a top podcast with 200+ episodes. You never know what experience will shape you if you are ready to listen. You get to choose and create the life you want, and there is no better time than right now.

– Jules Schroeder, speaker, Forbes columnist, musician, and host of Unconventional Life,  a podcast where she interviews successful entrepreneurs and visionaries. She appeared in Inc. Magazine as #1 of the “Top 27 Female Entrepreneurs Changing the World in 2017” and one of the “Top 40 Millennials To Follow in 2018″

I broke the mold as a feminine leader by using my voice and speaking my truth. I come from a culture where my voice was suppressed due to religion and societal barriers. The smartest and best thing I ever did was admitting I was like everyone else. I showed my audience that I wasn’t picture perfect, and I became relatable versus untouchable. Since then, I have become a real and honest leader, and I lead my work with that honor.

I broke the mold into business as a feminine leader because I showcased myself, and I wasn’t shy about standing in the spotlight. I come from being a performer from a young age, dancing professionally, and becoming a world-touring musician.

But I wasn’t always comfortable in the spotlight. I went from making pennies on the sidewalks, hiding behind my band, and dancing because I didn’t want to talk. I learned how to share my message and enchant my audiences, and eventually, I ended up on Amphitheaters and building an international business and personal brand. I now share my business secrets with other female impact-driven coaches, creatives, and entrepreneurs to help them enchant their audiences, increase revenue, and live out loud.

Business always works best when you are true to yourself, and when you feel liberated in your body, mind, and soul. When you speak your mind, be sexy, and own your badassery claiming precisely what you want and creating it. I would love to see more female leaders playing with their feminine and masculine dynamics within themselves and their businesses because it’s the sweet spot of strategy and soul, heart, and brains that will help you stand out in the marketplace.

– Rae Irelan, founder and CEO of Soul Aligned Coaching and Consulting, The Soulfully Sold Out Mastermind, The Global Goddess Fest, and host of the Soul Aligned Show.  Rae is an internationally acclaimed musician, speaker, mentor, published author, and entrepreneur.

5.  Solve your own problems first.

I changed the way that women travel the world – starting with myself. My secret to success? Solve your own problems first, and in turn, you’ll likely be solving the problems of millions of people at the same time.

My best-selling travel guide book series, The Solo Girl’s Travel Guide, was born by solving the problems I faced while traveling as a solo female traveler.  Here is an excerpt from my book on the experience that sparked it all:

I was robbed in Cambodia.

Sure, the robber was a child, and yes, I might have drunkenly put my purse down in the sand while flirting with an irresistible Swedish boy, but that doesn’t change the fact that I found myself without cash, a debit card and hotel key at 1:00 am in a foreign country.

My mini robbery, however, doesn’t even begin to compare to my other travel misadventures. I’ve also been scammed to tears by taxi drivers, idiotically taken ecstasy in a country with the death penalty for drugs, and missed my flight because I didn’t know that there are two international airports in Bangkok?

So, why didn’t I just pick up a travel guide and start educating myself like an adult? I had options…right? Wrong. There was no travel guide on the market written with the safety and comfort of women in mind. The book I needed didn’t yet exist. So, I wrote it myself.

– Alexa West, travel YouTuber, luxury resort reviewer, author of The Solo Girl’s Travel Guide, and founder of Go-Baby-Glow Tours. She travels the world full-time without sacrificing beauty, safety, or money – and she teaches other women how to do the same.

At some point, we all will mature into space and capacity when we realize there is just more to life. We will recognize that all the minor things we once claimed and made so major to ourselves pale compared to the truth of our existence, the power that we are, the impact we have, and our higher purpose.

When you are willing to grow, I mean genuinely grow, realize just as I did, lose nothing, and only gain more of who you truly are and are capable of being. That’s the joke of it all. When you are so used to defining or identifying yourself as one way, and feel like changing means annihilation for who you thought you were. I will tell you here, it is untrue. In actuality, as you grow into greater self-actualization, you integrate all of who you once believed yourself to be and thus expand into something far more exceptional.

My call-to-action with this is that you get into the game, master it, and evolve it. We are multidimensional beings with the gift to create as we see fit. We’re blessed with such ability by the source of all creation. You are not a speck of dust in the universe; you are the universe. This is our wake up call. The world awaits you, the truth awaits you, a new day awaits you, and it is all in you. It is a different game on this side of that threshold.

– Thatja Andrade, founder and CEO of The Magnetic Woman Academy, a mentorship program that helps women unlock their true potential to build businesses, become leaders and embrace their feminine purpose.

7. I realized I needed to forge my path.

I grew up thinking I needed the corner office in the corporate position to be a powerful woman. However, I realized that if I wanted to be the primary influence in my child’s life, I needed to create a business that would allow me to leave the impact I wanted and be with my daughter every day.

I created our branding agency out of a need to build my brand, share our story, and productize my knowledge to help more women make a seven-figure business while being home with their children or traveling the world.

– Rhonda Swan is the CEO of the Unstoppable Branding Agency and the first woman to earn a million dollars while traveling the world working virtually. Her company helps best-kept secrets become the world’s known experts through Branding, PR & Media.

8. I re-invested what little I had back into my business.

I borrowed $20 for my parents, made my first prototype, then sold it, and then re-invested in my company. I reached six figures in only two years.

I even turned down a $30 million shark tank opportunity because it wasn’t aligned with my values.

6 Ingredients That Will Skyrocket Your Focus and Success