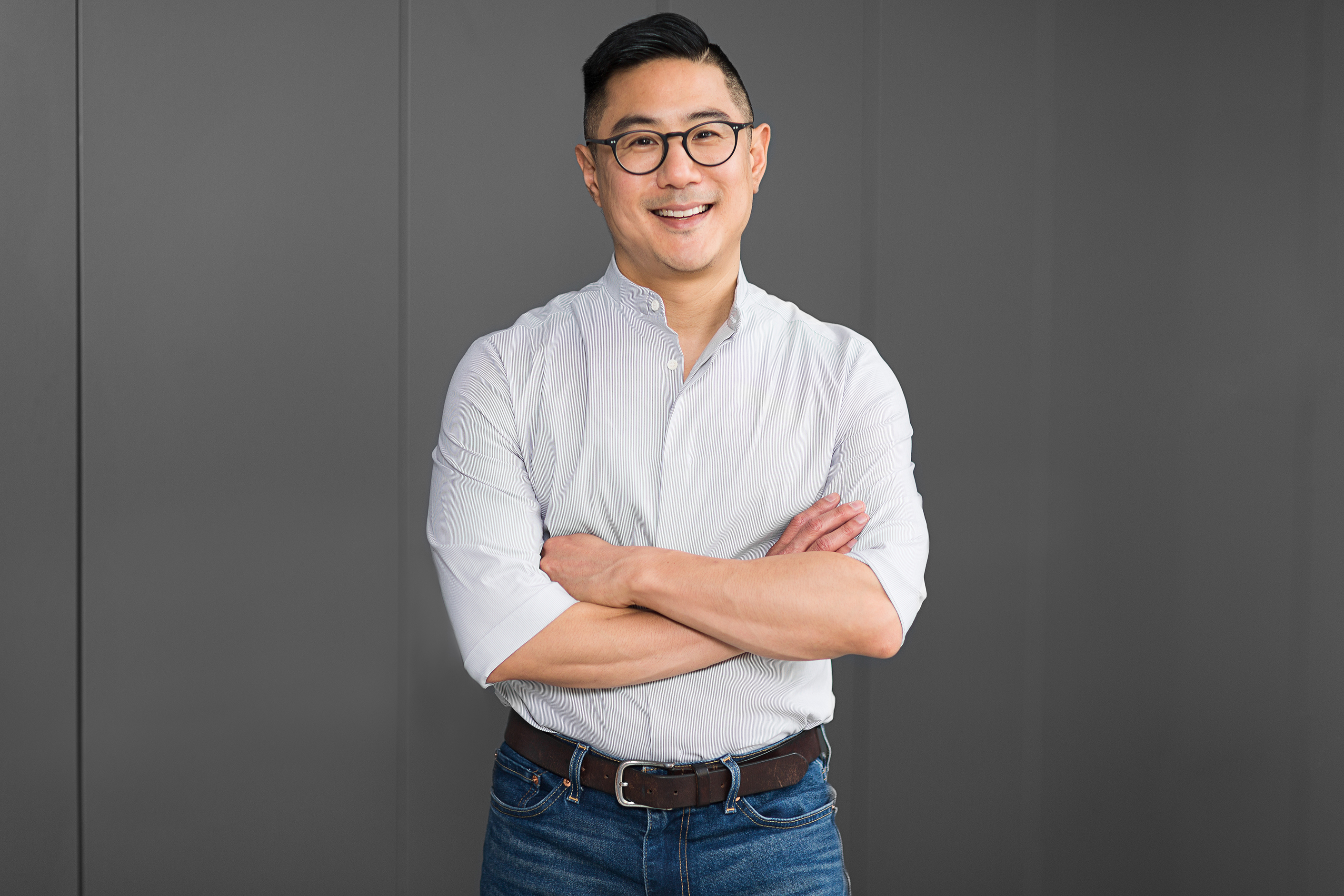 Michael Shangkuan is an EdTech entrepreneur, fitness fanatic, and polyglot, who speaks six languages – English, German, Spanish, French, Chinese, and Japanese. As a pioneer in language learning, he is the CEO of Lingoda GmbH, Europe’s leading online language school, where he is in charge of the company’s strategy and daily business. He is also a former natural bodybuilder and competed in several international competitions. He is a graduate of Yale University and he holds an MBA from Harvard Business School

I was born and raised in the US in a small college town called Princeton. My parents immigrated to the United States from Taiwan. Growing up in New Jersey, I was raised to be a “good Chinese son” who is supposed to excel at science and math. My parents wanted me to be an engineer or doctor. But I loved French. In high school I added Spanish and Russian on the weekdays and Japanese and Chinese classes on the weekends as I was always drawn to learning new languages, traveling, and immersing myself in other cultures. I was lucky enough to win scholarships to participate in exchange programs to France and Japan, in addition to spending summers with relatives in Taiwan. These experiences were life-changing, as I got to interact with cultures different from my own and practice and improve upon the languages I learned at home. After graduating from high school, I studied economics at Yale University and completed my MBA at Harvard Business School. Later on, throughout my adult life, I’d travel to over 100 countries, live in eight countries across four continents, and learn to speak six languages.

How did you get started as an entrepreneur? Why?

I began my professional career at Goldman Sachs and Procter & Gamble, as you’d expect a good Chinese son would. But after doing some soul searching, I wanted to have a much bigger impact on the world by innovating and bringing new solutions to challenges vs. prolonging the status quo. Lots of opportunities came from my parents’ early investment in my education and the experiences I had learning languages and immersing myself in different cultures. Naturally, I went into the education space.

What I do well is enable the success of founders and help them shape and scale a concept, utilizing my knowledge from having worked at much bigger companies. I have now worked with four founders and two start-ups. My first start-up was in educational travel. And I became the CEO of Terra Education, a B-corp offering life-changing service-learning summer programs for teens in Africa, South America, and Asia. At the time I went from a company with 100,000 employees to one with five employees. I was lucky to study abroad at an early age and I wanted to provide that opportunity to as many high school kids as possible. Our mission was to inspire the next generation to realize their potential to transform the world and their role in it.  Every teacher and employee believes strongly in that mission. It is now one of the largest, most influential educational travel companies in the United States. Thereafter, I went after my other passion: language learning. So many Americans fail to learn how to speak a second language. And I wanted to innovate and develop a good product that would address the barriers. So, I moved to Europe to run Lingoda and I became the first Asian-American CEO of a German company.

Tell us about your company?

Lingoda is an online language school that was founded in Berlin in 2013 by two brothers Fabian and Felix Wunderlich from Cologne, Germany. We disrupt the offline language school market by bringing live classes online, enhancing the learning experience through technology, and offering classes 24/7 for even the busiest people.

What Lingoda offers is live language learning classes in English, Business English, German, French or Spanish with live teachers available 24/7 from anywhere in the world.

At Lingoda, we know that learning a new language isn’t always easy and it takes time and commitment. And you need good teachers to help guide you. Making progress in a language is like learning how to play the piano or training to finish a marathon: you need to make it a regular weekly or daily habit to take classes with certified teachers and practice, as Charles Duhigg explains in The Power of Habit. Our Lingoda Language Sprint™ is designed for you to advance a level in two months by taking lessons daily. And there’s the added bonus of getting 100% of your money back if you do.

We understand that actually speaking the new language is the hardest part. This is why Lingoda offers live group classes taught by native-level teachers that help you to talk dramatically better.

Our curriculum also focuses on real-life language and cultural context and our courses are centered around human interaction and maximum conversation time. And to expose you to a range of accents and speaking styles, we rotate teachers and students from more than 120 countries to build “language fluidity”.

And one class with Lingoda can virtually take you around the world. You might be a student in California taking a language class, your teacher might be in Ecuador and your fellow students could be in Tokyo, London, and Berlin. Our mission is to build bridges around the world through language learning.

To learn how to listen with total empathy and to build and embrace your Cultural Quotient (CQ).  In the 80s, we talked about IQ, which evolved into a focus on EQ. High awareness of your feelings and how they impact your actions, thoughts, and behaviors, being able to self-regulate. The next evolution of EQ is CQ.

The qualities of a good leader include awareness, integrity, vision, communication, humility, perseverance, and strategic thinking. But leading a company requires a high awareness of others as well, and how their context impacts the way you should interact with them. It’s a critical skill: being flexible and pliable, depending on the circumstances and with whom you are interacting.

CQ means to broaden your horizons and take other ideas and perspectives into consideration. Employees and leaders with a high CQ are able to embrace change and innovation, which often leads to a more inclusive and open workplace, and ultimately, better overall business results. It invites you to be aware, even intentional, about the culture you, as an entrepreneur, create in your organization through what you say and do every day. The CQ will be important for leaders across industries in the years to come. One of the best ways to build CQ is to speak another language and immerse yourself in another culture by using the local language.

Building CQ has made me more successful at leading inclusive organizations, like Lingoda, which has employees from more than 40 countries, speaking 25 languages.

An Accidental Entrepreneur, A Founder’s Story with Shagun Malhotra