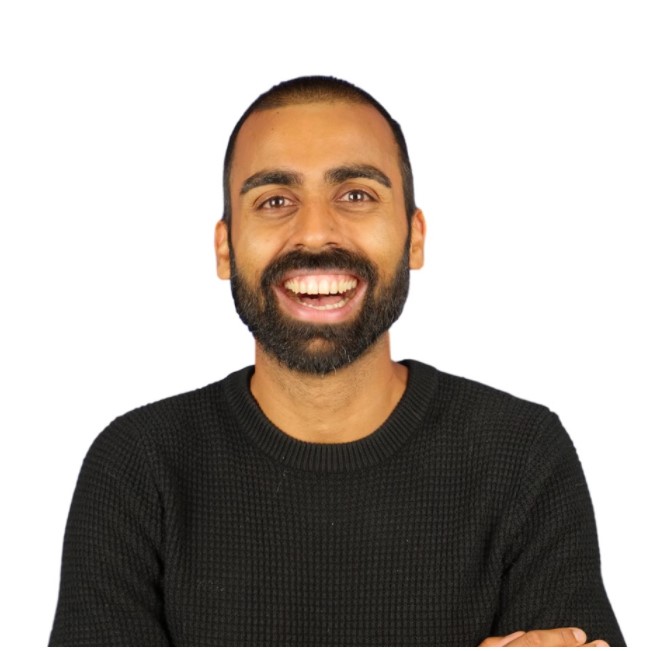 I’m Deepak Shukla, the founder of the award-winning SEO and international agency, The Pearl Lemon Group. I strive for sharing tips on growing both personally and professionally, especially expertise in SEO and success within the business world. I have been featured in TEDx, BBC, Chelsea FC, Bright Talks & more. When I’m not running my agency, you can catch me running marathons, getting inked, watching a horror, or playing with my cat, Jenny.
Tell us about your childhood and where you grew up?
Growing up was interesting! My folks migrated from India in the 60s in search of a better life. But not before they got married at 11 and 13. But that’s another story! The school was the school I guess. I was considered ‘gifted’ by my tutor, Mrs. Proud. She told my mum at age 14 that I should take my exams early, but my mum was more interested in my inability to wash my dishes than anything else.
How did you get started as an entrepreneur?
Marketing, in terms of starting afresh, seemed to be a good space for me to begin my journey anew. This time I’d set out by myself and began making a website and building a series of explainer videos about each social media platform using Biteable, a script I wrote out, and then pushing out content. This felt like it could go somewhere and I began syndicating the content of the video using a cool video sharing tool I’d found. I didn’t think about the fact that I didn’t currently house any of this content on my website but the videos, which all had descriptions (because it was taken from the scripts) was actually all duplicated content. Soon enough I was Google slapped and my website was delisted from Google, and no matter what search variation I tried I couldn’t find it anywhere. At that time, it was my first real experience with an SEO issue that I didn’t even appreciate existed. Yet, while I was in talks with another friend of mine, where we were discussing designing a new website, I went into the city to see an old friend from university, Nick Ellison. At that time he was growing Purr Digital, his software company. He knew I was interested in starting a marketing agency so after a couple of meetings, we would go on to form Purr Traffic together – the sister brand to Purr Digital, and this is where my digital marketing journey truly began. However, after around 7 months it became clear that as business partners, Nick and I were a poor fit. He was doing very well with his software agency and naturally it meant he had limited time he could give to growing Purr Traffic. Amicably we decided to part ways, and so I would continue Purr Traffic alone. After a couple of years of hard-working, trying new things and truly pushing myself. I realized that I was ambitious, cared about doing great work, and knew immediately, especially after my first SEO client, that I was willing to try. As I began to learn more and more, about title tags, meta descriptions, keywords, keyword placement, and everything that followed, especially with its connections to content, my love for SEO grew more and more. This is where the great pivot happened, at the time this came about I immediately decided that ‘THIS IS IT’. This would be where I would like to lay my hat for the coming years, and perhaps for the rest of my digital marketing career. This is where I discovered a new name, found team members, and ultimately began the start of Pearl Lemon.
What is one business lesson you would tell a startup founder?
You need to be unreasonable in your pursuit of success and unreasonable in the level of quality that you bring to the table.
Related Topics:BusinessDisrupt MagazineEntrepreneur
Up Next

From Falling Into Entrepreneurship To Teaching Others More Effective And Faster Means to Success, A Founder’s Story with D. Channing Muller