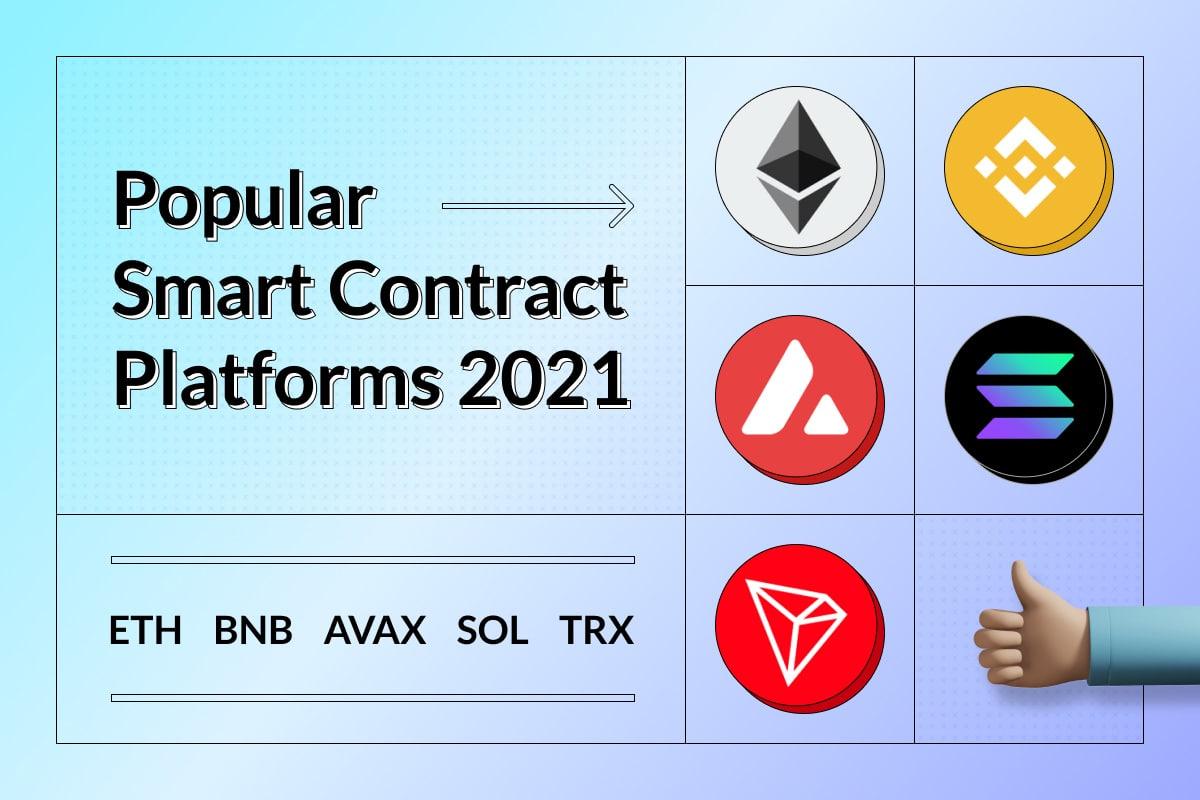 Ethereum is the world’s first smart contract platform. Developers create decentralized applications (dApps) on the Ethereum Virtual Machine (EVM) with an object-oriented programming language called solidity. Users can interact with dApps that operate autonomously. Since Ethereum is the first smart-contract-enabled blockchain platform, it has a lot of active developers and has the most Total Value Locked (TVL) in DeFi as far as blockchains are concerned. However, despite being the most popular smart contract platform, it still has a few downsides that make us try to stay away from it when possible. One drawback is the slow transaction speed since Ethereum can only process around 10 transactions per second (TPS). The other problem is the hefty transaction fee it charges when the network is busy, in which the fee may sometimes cost more than the transaction per se.

Binance Smart Chain (BSC) is a smart contract blockchain that is fully compatible with the EVM, so developers can leverage existing tools to write dApps without having to learn an entirely new language. In addition, the increase in transaction speed compared to Ethereum is welcoming. BSC started to gain traction earlier last year, it forked a lot of Ethereum projects that bootstrapped the entire ecosystem, and in the latter part of last year, we see GameFi booms on BSC. One most notable concern that many community members have is the centralization of the Binance chain since Binance is a centralized exchange, and most of its validators are connected to Binance. Nonetheless, BSC has a unique and strategic position in the entire crypto ecosystem.

Avalanche is an open-source platform for launching DeFi applications and enterprise blockchain deployments in one interoperable, highly scalable ecosystem. Avalanche is the first smart contract platform that confirms transactions in under one second with finality on every block. It provides a new consensus mechanism with an adaptable platform optimized for enterprise adoption and developer needs while solving the challenging problems of scaling and security. The AVAX rush incentive plan also ignited the whole Avalanche ecosystem last year, with large price swings in the latter half of the year. We miss the low transaction fees that Avalanche offered at the very start. Another concern we have is their failure to keep up to date with various promises such as burning the foundation’s staking rewards and the introduction of feeless transactions. If Avalanche could significantly reduce its fees and improve communication while keeping its promises, it’s still a smart contract platform worth keeping an eye on.

Solana is a high-performance open-source blockchain. It provides a platform for dApps and next-generation protocols. With its Proof of History (PoH) consensus mechanism, the Solana blockchain allows for breakneck transaction speeds, claiming to scale to over 50,000 TPS on an open network, which is said to be possible due to Solana’s novel approach.This deterministic checkpointing mechanism that is used in place of synchronous consensus. However, Solana’s actual TPS is around 2,000, with more than 3/4 of these transactions being vote transactions. The seemingly inflated TPS widely promoted to the public might reflect the questionable design of the Solana platform. Even though it was once regarded as a crypto rising star, with its six blockchain outages happening in the last month alone, Solana is facing fundamental questions about its network stability, as well as the ability to maintain itself as a Wall Street darling.

TRON is an innovative open-source blockchain that focuses on providing a cost-effective settlement solution with the ultimate goal of decentralizing the internet. The high level of scalability offered by the system and its mandate for low costs are attractive propositions for those considering taking their first step into the crypto world. Since last April, the amount of Tether USDT on TRON has surpassed Ethereum to become the No.1 worldwide. TRON became the preferred blockchain for many when transferring and converting stablecoins because of its low fees. The TRON network’s increasing dApps and NFT projects also attracted many new users from other blockchains. However, we noticed that newcomers sometimes brought up the concept of bandwidth and energy on the TRON network. Although understanding bandwidth and energy is not necessary to make a transaction, users should be encouraged to look into them as utilizing these resources by staking a certain amount of TRX would enable one to send transactions or interact with smart contracts for free.

Throughout last year, we saw many smart contract platforms rising to compete with Ethereum, and each of them has its pros and cons. There is an incredibly increasing demand for a good smart contract platform, and every platform will eventually have its place in the ecosystem. Investors, users, and developers should take a closer look at each of these blockchains and pick the one that matches their needs best.

Entrepreneur KJ VanDerwerken is launching his companies on Cardano