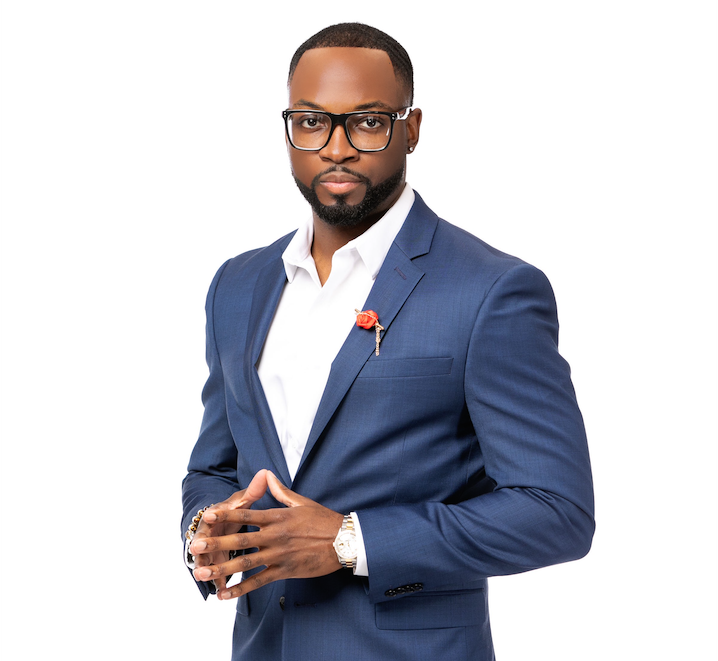 D’Andre Evans was born and raised in Detroit, MI with a single mother of two–a place where there are little to no resources to thrive and elevate. He was always the quiet kid growing up that loved to create and design. By the age of 8 years old, he would draw pictures of animals and buildings and would sell them to family/friends for a profit. This lit a spark within that made him realize that he wanted to have his own business. Unfortunately, during that time becoming an entrepreneur wasn’t something that was talked about much in his household, and no one in his family had their own business or knew how to start one. He decided to teach himself the do’s and don’ts of business and would simply observe how salespeople interacted on TV and in person when going out with his mom while shopping for groceries or clothing.

D’Andre would watch the way people communicated and engaged in good/bad environments, and focused on deciphering what went right versus what went wrong. Overtime, he became more self-aware about business and human interaction. While in high school, he developed a love for structures and buildings, and decided that he wanted to have his own architectural firm. So he pursued this with the same energy he did when learning about business. Once he graduated from high school he went off to college to become an architect.

During his time at college he thought that he found his passion, but deep down something kept telling him that becoming an architect wasn’t his calling. He kept finding himself designing websites and creating graphics all while growing a social media presence. He managed to grow a following of more than 30,000 people while he was trying to figure out his purpose in life, working a corporate job, and attending college.

There was a moment where he had to do a self check and ask himself, “what do I want to do?” He knew had two options: to split his efforts between college and building his online brand, or to go all-in on one. He knew school was going to be around and noticed that everyone around him wasn’t truly following their dreams. Most went to school because their parents forced them and many ended up in debt while still looking for a job in their fields afterward. So he decided to drop out of college with a 3.8 GPA to go all-in on becoming a full time entrepreneur and building his own business.

Since then, D’Andre has become the “go to” person for branding and marketing. He owns a digital agency called Level Up Daily which caters to helping small businesses grow their online visibility through upscale, distinctive and high converting graphic and web design. D’Andre has worked with over 15 different industries and has helped businesses gross up to $1,000,000 in revenue through his agency. Seeing the momentum from his brand and receiving many inquiries on how he was able to accomplish this, he decided to launch a podcast called LevelUpDaily (which is an extension to his agency). He wanted to inspire and share his expertise to thousands of people around the world by providing tools and resources needed to win in life and in their careers.  The podcast was the perfect medium for this.

Level Up Daily with D’Andre Evans

D’Andre has been featured in over 12+ countries and interviewed world class entrepreneurs from millionaires, Grammy/Emmy Award winners, and TV personalities. He has worked with people like Elena Cardone, David Meltzer, Brad Lea, Mario Armstrong, Natalie Jill, Alex Wolf and so many more. His purpose is to educate others on unlocking their potential and capitalizing on their gifts to help them accomplish their goals.

I always wanted to be of service and have my own business while being creative to help bring other people’s vision to life. I love to hear people’s reaction to their new graphic/web design or them tuning into the podcast and witnessing the results they are getting from it as it brings me joy to know I was able to help them accomplish their goals or bring value into their lives.

I truly believe that we only get one shot at this thing called life and we must live it to our fullest potential.

When it comes to making mistakes, I have made A LOT of them along my journey. However, the funniest mistake I’ve made was when I published a podcast and I forgot to edit the ending as I was hyping myself up about crushing that episode. I didn’t notice until my brother commented “Yo, why are you yelling at the end of the episode?” Luckily, it was uploaded early in the morning so I had time to fix it before the rest of the world listened. It was hilarious! I just learned to double check every single piece of content before it goes out, but to still keep that same energy while recording!

I believe what makes my brand stand out is my ability to listen and show empathy. When you combine these two principles you are able to attract and build a community of people who would love to know and work with you. I’ve built my relationships off of these two things and it’s put me in rooms with world class leaders and professionals.

The one quote I lived by is the one my mother told me which is to “always stay 10 steps ahead and to never let anyone deter you from your vision.”

Life Goes On(line): How Alessandro Cassano Kept His Business Running During the Pandemic