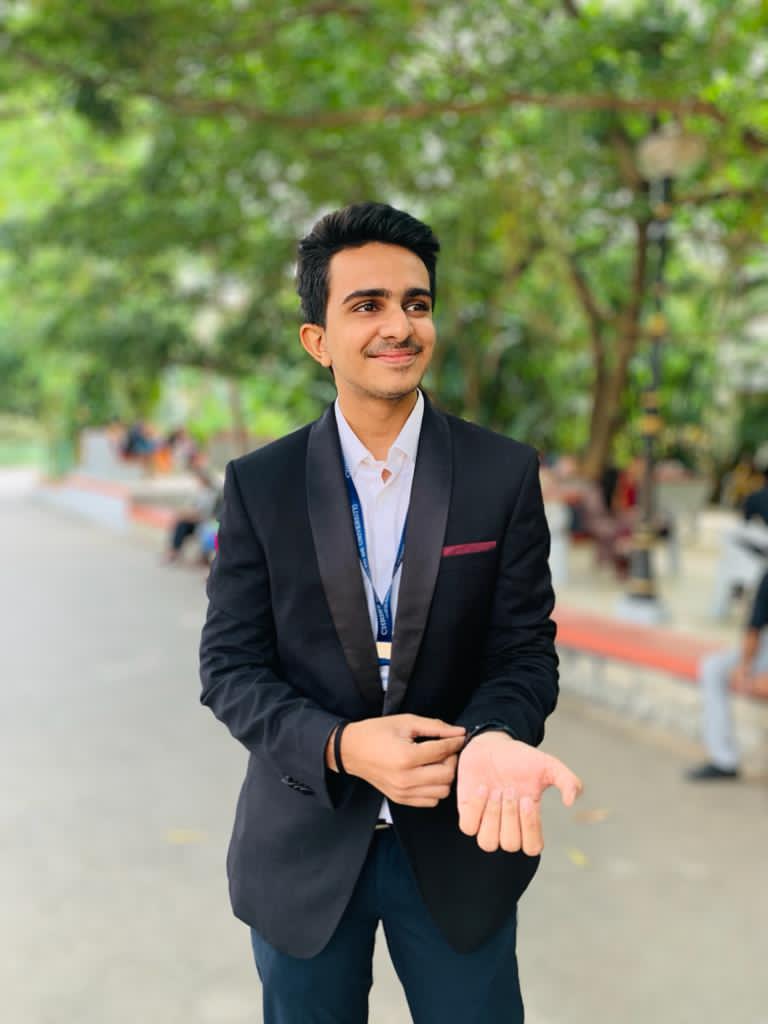 Anusheel Chowdry is a Chennai based entrepreneur, social media influencer and admin of the celebrated meme page”The ultimate trolls.”

Q . When was the first time you thought of entering the world of meme pages?

A: I have always been fascinated by how the information and facts in a humorous form had influenced the young generation. I started writing out information on various social issues and scribbled ideas for small memes and eventually with practice and constant hardwork, i was able to build up a proper meme page with almost 4,20,000 followers.

Q. Have you ever been discouraged or teased by your kith and kins, for seeing a future in meme pages?

A: In a society, that has certain moral standards and high educational demands, it’s almost normal to be demotivated for your efforts in something different from your conventional career options. In the initial years of my work, i had heard many discouraging remarks about wasting my youth on something so trivial. But that’s exactly where i got my inspiration to rise up from.

Q. Were you family supportive of your ideas and works in social media?
A: Yes. I am a very proud son of a father who has supported me all through my school and college days, even when my closest relatives had been disapproving of my career choice. My father was always stubborn about the way i dealed with my studies. He insisted that i let my degree and meme page go hand in hand. As a result, i was able to pass with 92% in 12th, with a degree in BA CEP from Christ University, Bangalore.

Q. Have you been able to develop this meme page into a business and earn from it?
A: Yes, i have collaborated with various brands and apps like Tiktok, to help increase their audience engagement and marketing through promotions in an entertaining manner. With my prior experience in managing various marketing campaigns while interning at Climber, Manasatva and TedX, i was also able to increase their exposure to the audience through witty measures.

Q. How did you manage to keep the consistency in the follower count and increase it gradually?

A: I had made a strategical plan about methodologically approaching the various aspects of appealing to the audience. I therefore decided to create curosity inducing posts, thereby making the users engage with the content through comments. I also made sure that i replied to most of them and would also come live occassionally. Through this, i was able to maintain a steady relationship with my followers.

Q. How has life changed since followers boomed in your meme page, “The ultimate trolls”?
A: My life had taken a sudden turn after things had started to come my way. As many companies had approached me for promotional content, I was able to earn quite a decent amount from maintaining my page. I have completely stopped troubling my parents for any sort of financial support and is financially independent now. I was also recently contacted by “Online parenting summit 2020” and was nominated for the “Top 10 young Turks” in India.

Q. Do you feel memes influence and controls the audience’s perspective about general and social issues?

A: Yes, on a very important note, I have been able to educate and inform my followers about various issues that are trending in social media and has also been able to motivate and give certain additional aspects and perspectives to their thinking. That was the time, when i started providing technical help to people who had trouble with stalkers and social media bullying. I became a part of exposing the social media bullies, which was later joined by several other meme pages. We were able to reduce the bullying to an extent and became successful in creating an awareness among the youth to prevent social media harassments and sexual abuses.

Q. What do you want to say to the young memers?

A: It’s not easy to build a meme page from scratch. It doesn’t just happen overnight. With competition increasing in the various social media platform, you’ll have to be throughout informed about everything happening around you and be able to creatively transform the information, inorder to grab the attention of the audience. Constantly repeating the meme templates and re discussing the same issues might make the audience seem wary. Keep working on your imagination and work with patience.

Related Topics:Anusheel Chowdry
Up Next

Aditya Belnekar,Founder & CEO of Team Wizard Media Talks About the Possibilities of Digital Marketing in the Second Phase of COVID-19

Piya Pal, “the Ethnic Fashion That Rules the Trends in India Has a Long History of Diversity.”