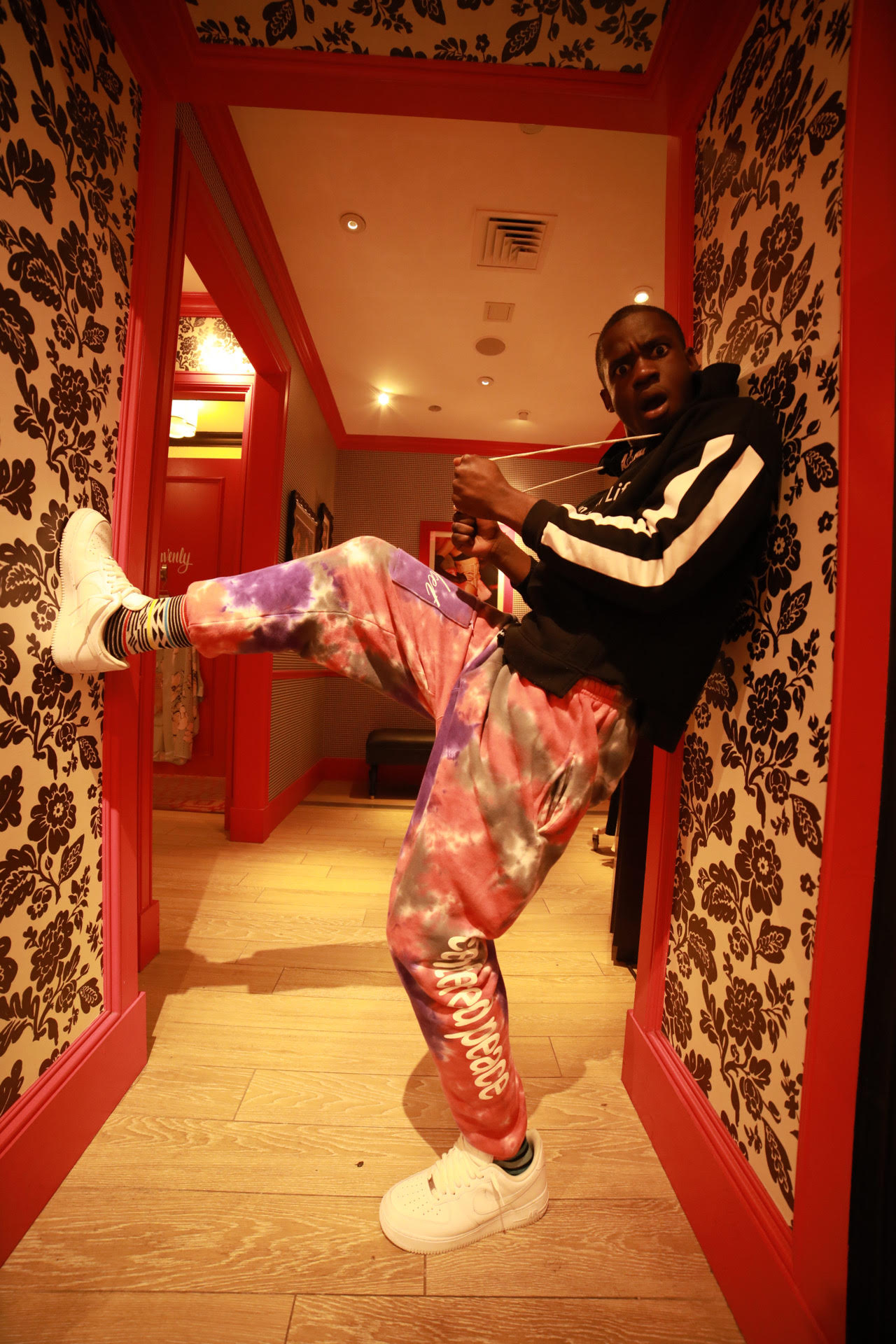 Who is Adrian Dolo?

Adrian Dolo went from being homeless in North Carolina to modeling in the LA and Sacramento Fashion Week within just two years! As an independent model, he has been able to work with some of the biggest photographers, celebrity stylists and heavy hitter entrepreneurs in the game today!

He built a brand known as #15k and is also known as “Flash 15k” for two reasons. One being his 15k mentality. Which came from his dreams to play in the NFL. To be amongst the great wide receivers you had to achieve 15,000  yards by the end of your career. The “Flash” part of his name is due to the fact that he has the ability to complete his task expeditiously while on the go!

The model entrepreneur preaches about his mentality so often, it flourished into a brand itself! He explained, “The people who have gotten there have all been dedicated, passionate, in love, addicted and sacrificed everything to achieve that goal. That is the same mindset I carry into my business and helping people make their dreams come true. #15k is really a lifestyle. “

What Helped Mold You Into The Person You Are Today?

The Model Coach didn’t always have this super eventful life, like others there were times of hardships. Due to a lot of domestic issues, Adrian went through a period of homelessness because he chose to not let this hold him back any longer. This toxic situation made him feel less of a person and unmotivated to the point that he even left social media altogether.

Thankfully one day he decided to stop victimizing himself, Adrian stated, “After one last argument with my family I left my house, I was torn to pieces holding on to my dream with a purpose, I dedicated every single day, breath, and moment to building my brand and dream.”

Hopping from one friend’s couch to another, he was slowly able to move towards achieving his goals. He was in a better state of mind and appreciated the peace of mind that has helped him to move forward.

The Beginning of His New Entrepreneurial Journey:

Adrian knew he had to make a comeback on social media to grow a truly profitable brand.

The model has always had a desire to help others and can safely say he has broken through the modeling industry. So, he decided to start coaching to help achieve the same success he has. The aspiring models will learn how to open doors for themselves in today’s extremely tough industry.

Adrian is in the first year of his model consulting and thankfully, he established a personal brand prior to the launch date. This brand allowed him to receive 10 students on the same day he launched his new business!

“A brand gave me the chance to first model their clothing when I reached 800 followers on Instagram,” the model stated. Then HIS brand is what made him create an entirely new stream of income!

Considering he is actively still modeling gives his students a huge advantage. Adrian will be able to help with any new and innovative tactics. He teaches the techniques he uses on a daily, weekly and monthly basis to continue to close deals with brands. As well as, what it takes to get into fashion shows and shoot with some of the best photographers around.

One great advantage over other model coaches is he is still an active working model. Those who aren’t actively involved in current shows and shoots anymore may not teach innovative tactics that have evolved.

His students are receiving education from the greats, both the old schools and the new schools! They work closely with celebrity photographers and celebrity stylists.

“There are times that my students and I may end up at the same Fashion Show or in the same shoots because I will be presenting them the same opportunities I receive. Our relationships are personal and I want to see growth in person, hands-on.”

He was able to fully launch his brand with success due to his “15k” mentality and the work ethics he lives by.

Artist Nipsey Hustle used to say,“all money in, no money out,” which is another slogan the model entrepreneur lives by. He is constantly reinvesting into his studies, photoshoots, networking, and brand.

Adrian wants to move into in-person coaching for those who want 1-on-1 coaching or group coaching. Then soon after be able to host mentorship programs and so on and so forth. It has been conjuring for some time and we are blessed to be fully running.”

Some tips Adrian wants to share to help you move forward to completing your goals:

He’d like to leave you guys with a particular quote:

“Dreams don’t come true if you chase them, you gotta create them,” Adrian stated.

Shanice Ramirez is the founder of Excelerate Wealth LLC. She is known as Shye Lee on Social Media. (@shye.lee) A social media growth and content marketer that has a true passion for broadcasting elite Entrepreneurs stories to the world! Taking her skill of writing and helping deliver and bring light to valuable content for others.