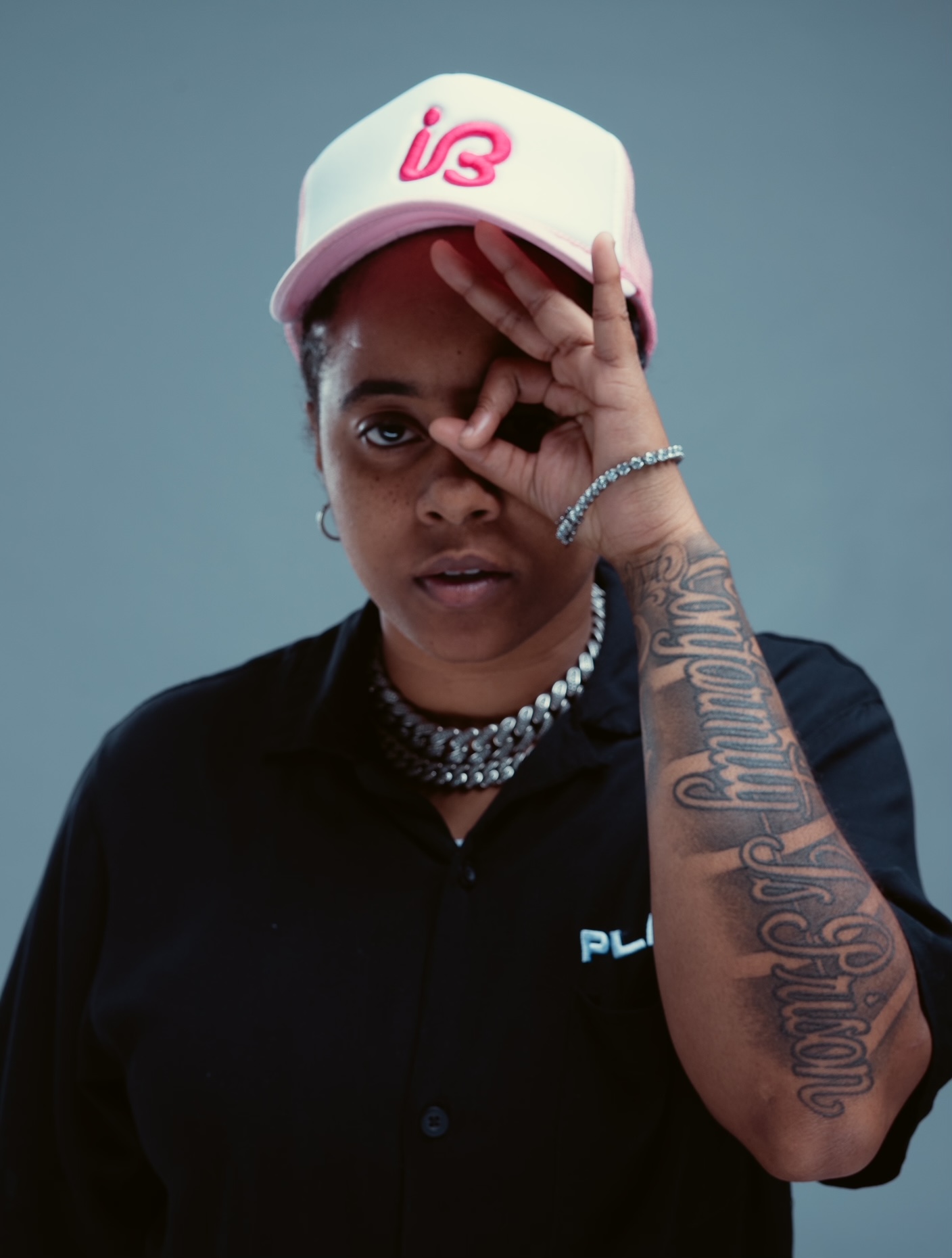 Syx, an emerging music artist, is making a name for herself in the music industry with her distinct voice. She has been working “according to the plan” she says, and her story is quite interesting. Syx is an artist who was born in Long Beach, and raised in San Bernardino, California. The Inland Empire native, began singing and playing the drums backup from her brother who was the Head Drummer. at her father’s church at a young age. She became the youth praise team leader and kids choir director when she was about 16. Upon her becoming an adult, she began attending industry events learning then working as a self-taught Public Relations representative. The energy she exuded, her “Urban style,” the things that set her apart, are the very things that prompted people to inquire, “Are you a singer or rapper?” At the time, she wasn’t. She wrote articles weekly on her blog about the events she attended, people she networked with, etc. would much rather be behind the camera, directing rather than in front but also needed to make money so she started promoting artists and club nights. At 19, Syx stepped into the security industry working special events in the music industry such as, The BET Awards, Comic Con, festivals like Coachella Fest, EDC, and Wonderland. While working security she was able to network and push her brand and Promotions Team Urban Squad. Urban Squad promoted artists like Radio Base, and worked as a street team for King of Turn Up Pookie Fn Rude. Through Urban Squad birthed the ALL WOMEN team, “Urban Dolls” .. they hosted club nights, events and parties.

Listen to her songs on Apple Music.

How did Syx get into the music industry?

March 24, 2017 was a life altering season for Syx. Two of her “Urban Dolls” died in a car accident on their way home from hosting OHM Nightclub in Hollywood. Their lives were lost due to an alleged “sleep driver.”

“Syx” was created after she wrote her first song in honor of her friends Claudia and Tokyo. Her first single, “Convo With The Clouds,” was followed by a tribute music video out now on Youtube.

She opened for Empires signed artist Azjah, the Princess of Compton, in 2018 and performed at Sevilla’s Riverside, which closed indefinitely two nights later. The Inland Empire artist got the opportunity to hit the Rising Star stage at Taste of Soul in LA 2019 & recently performed at the IE Allstar Game in her hometown. Shortly after, participated in the She x Footaction showcase …she didn’t win but that didn’t stop her. Syx continued to do shows all over LA and the Inland Empire promoting herself and her new releases. Mid 2021, “Aint No Fun” was released featuring “Handcuffs” singer,  Steven G. and Maximilian Prescott.

Today, she has 2 EP’s “ Irregular” and “For The Outsiders” out on all streaming platforms.

Syx has some big things happening in her career at a rapid pace. We can expect new music, videos, content, and a lot more. Working under the mentorship of Grammy Award Winning Singer/ Songwriter Eric Bellinger, the top is definitely where she is headed.

Regarding upcoming projects, Syx is working on improving herself as an artist and is looking to release a sync licensed project early year 2023. For the time being, fans can listen to “Ain’t no fun” on all platforms and watch the video on her official YouTube channel.