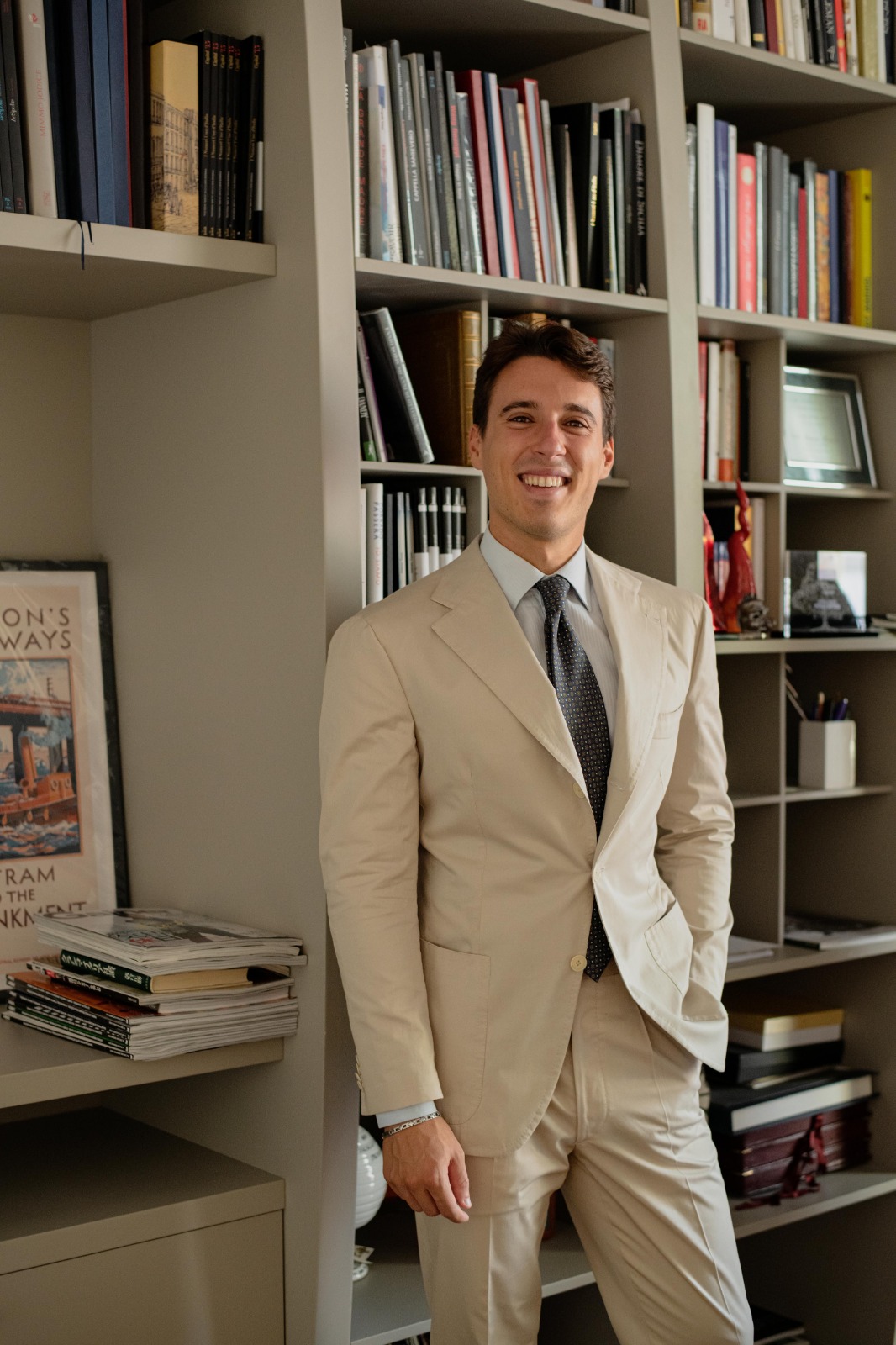 Alessandro Marinella is a young businessman who has a prestigious family background of extremely recognized artists and designers who came up with the very popular brand of ties called E.Marinella. It offers bespoke tailoring services to the entire world. The brand was established by Don Eugenio Marinella in the year 1914. Ever since, E.Marinella has represented nothing but great art, authenticity and pure quality of the Neapolitan fabric.

Today, the brand is headed and led by the fourth generation artist Alessandro Marinella. He has been very inclined towards popularizing the Neapolitan style and fashion across the globe. With the intention of efficiently carrying out his duties with E.Marinella and making it reach even bigger heights, Alessandro gained valuable experience at Liceo Scientifico Mercalli in Chiaia and completed a Business Administration program at the University of Naples, Federico II. Additionally, he has also taken up various business courses from the cities of London and Barcelona. Alessandro Marinella believes that all these years of education have helped him greatly to cultivate an in-depth understanding of fashion and thereby apply it to E.Marinella.

As a young entrepreneur, Alessandro Marinella is passionate about bringing tradition and modernity to a middle ground. Talking about the same in a brief interview, he said, “With rapid globalization and digitalization, it is imperative for brands to recognize the new doorways that have opened for them. But at the same, I also believe that the touch of tradition should never be lost. This is exactly what I implement with E.Marinella.”

Alessandro is also known to be one of the first people in the tailoring industry who recognized and used social media as an effective tool of commerce.

Currently, the brand E.Marinella styles some of the most important and famous personalities around the world. It has achieved the status of an authentic designer brand that has revolutionized the global fashion scene.

Apart from an accomplished entrepreneur and businessman who has expanded and taken E.Marinella forward, Alessandro Marinella is emerging as a style icon that has reached a global level while being in touch with his roots throughout.

Alessandro Marinella is the true epitome of dedication, hard work, innovation, and family values. As a leader of a brand that is rich in historical excellence.

A Day in the Life of the Sisters and Girl Bosses Behind Beauty Salon and Brand: MagniSkin