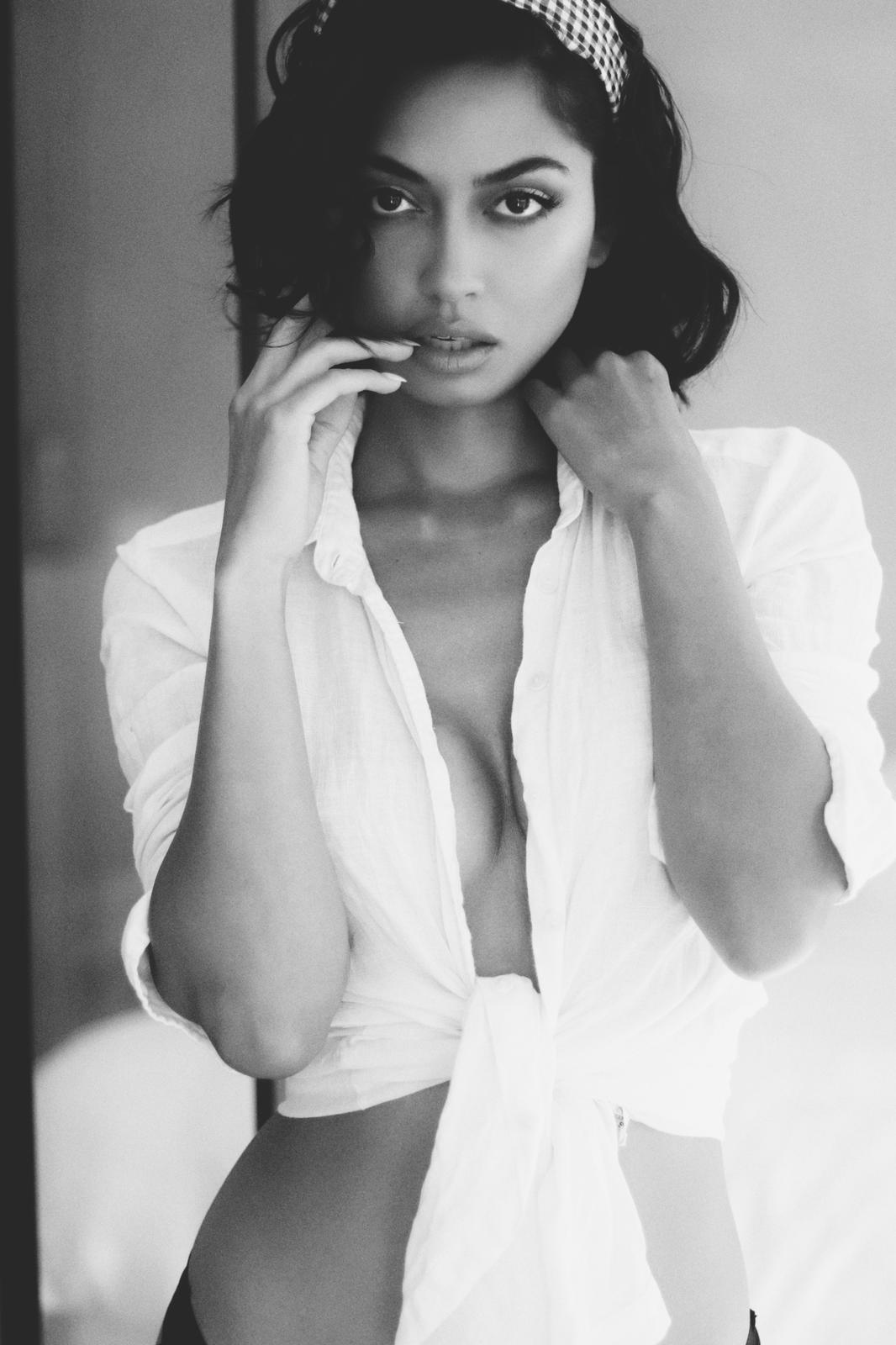 Sexual abusers come in all shapes and sizes. They use their overbearing power to get what they want without getting caught. It is a disturbing cycle that was finally cracked wide open in 2017 by the brave survivors of the “Me Too” Movement. Though sexual harassment and assault have been prevalent for decades, influential women created traction by using their voices to restore power to the victims. Filipina-Italian model and activist Ambra Gutierrez was among the first to retaliate. For years she had suffered at the hands of tyrannical men, which fueled her never-ending battle for justice.

Gutierrez has always embraced her femininity, from head to toe, she was done up. While in school, a classmate mistook her beauty and confidence for shortcoming and a lack of intelligence. Proving points and breaking society’s expectations for beautiful women became her mission. Young and ambitious, Gutierrez majored in surveyor engineering, a dominantly male study, where she flourished, but still lacked the respect she desired.

“After graduating, I remember attending an interview, and the man instantly hired me without reviewing my resume or seeing if I fit the criteria,” Gutierrez said. “So, I transitioned back into modeling where I would be part of an artistic process, where the pool of women was large, and it was fair competition.”

Being the outlier in a “man’s world” was frustrating for Gutierrez. She wanted to be herself again in an industry where the way she dressed and carried herself would not question her professionalism. The young model thought she was safe; after all, she was surrounded by thousands of women just like her. Unfortunately, she found herself at the crossroads of fight or flight many times throughout her career. In 2015, Gutierrez arrived in New York City, hoping this time things would be different.

Alongside her agent, Gutierrez attended a reception for “New York Spring Spectacular” and caught the eye of Harvey Weinstein. She thought nothing would come of the brief introduction and interest, but the next day as she roamed from casting to casting in her thick tights and green dress, her agent tacked on a request meeting with Weinstein for an upcoming project. Surprised and intrigued, Gutierrez headed to Weinstein’s office in Tribeca. Here, she was inappropriately touched and left drained in emotion.

“My agent and I arrived at the police station, where I gave my statement, and I will never forget the officer replying, ‘again,’ and all I kept thinking was of the women before me,” Gutierrez said. “What if their situations were worse? My mind raced, and it fueled a fire in me, and I would not stop defending women going forward.”

After partnering with the police to get concrete evidence on Weinstein, she was quickly disappointed to hear that it was insufficient to convict him. Gutierrez felt defeated, asked to destroy evidence, and stay silent. She played into their perceptions of her, took the money, left NYC, all the while secretly planning retribution.

FORCED TO RUNAWAY AND STILL LOOKED DOWN UPON

The media pegged her as a lingerie model looking for a quick payday who was known for this accusatory behavior. The reality, abusers are too common, and shaming victims for their careers and wardrobe is a normal spin to silence voices.

Gutierrez resided in the Philippines for the next two years to rebuild her image and strength. In February of 2017, she was tired of hiding and pretending to be someone she was not. Gutierrez returned to the city that changed her life, and within a few weeks, was contacted by Ronan Farrow, who would give her the platform she needed to exploit Weinstein and get vengeance.

“After Harvey, I was very depressed, and I thought it was me, I thought the recurring issues were my fault, but soon I realized other women were put in similar situations, even if they weren’t dressed in tight clothing,” Gutierrez said. “I put on my high heels and a skirt, I did not want to be less of who I was. Society was trying to change me, but I took my femininity and power back.”

A REVELATION TO SHIFT THE POWER

Selfless and relentless, she paved the way for other women to find the courage to dismantle the system of oppressing victims. The change was here, but far from finished. In the following three years, Gutierrez found herself on the leadership council of Model Alliance, where she would help her model colleagues know their rights and utilize resources for a fair workplace. Gutierrez then joined Safe Horizon in the fight to pass legislation to take abusers to court, even after the statute of limitations.

Soon the Adult Survivors Act will be voted upon. Gutierrez is a selfless activist, letting victims worldwide know they are not alone and that she will support and guide them.

Hair and Makeup by LuLu Carny

Related Topics:ambra guiterrez
Up Next

Think Successful Forex Trading is a Myth? Here’s How Successful 23-year-old Justin Mueller Does It