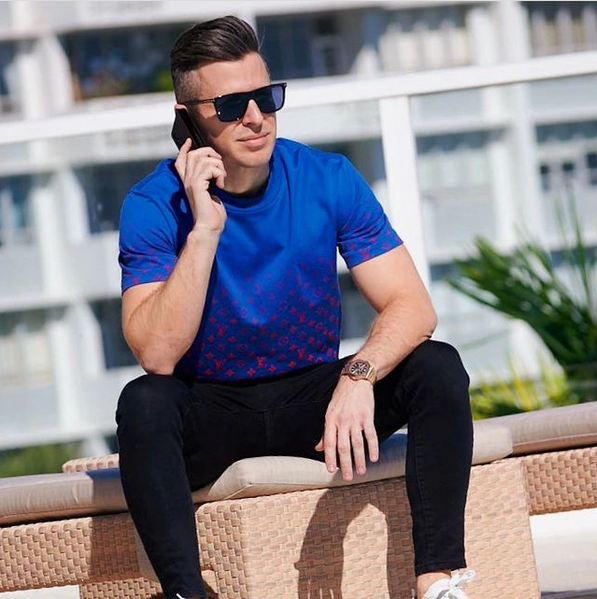 CEO Amit Fridman, the owner of New York City’s popular Live Axe and creator of Profitfi Academy, says that he met one of his biggest mentors on an airplane at 30,000 feet, of all places. “I was 21 and on my way from Tel Aviv to New York City, where I was determined to become a millionaire,” he recalls. “I had spent my whole life dreaming of the day that I would immigrate to the United States so that I could make something out of my life, and now that day was here. I was following the progress of the plane on that little map they put on the seat in front of you, and the closer I got, the more I felt like I was going to hurl.”

It was one thing to envision being an American immigrant while he was still in his home in Israel and quite another to be mere hours away from touching down on United States soil. “Fortunately for me, I didn’t have a whole lot of money, so I couldn’t order a ton of drinks,” Amit says, laughing.

The guy next to him was older, and he noticed that Amit seemed nervous. “We got to talking, and I told him that I was going to America to make my fortune,” Amit says. “That got his interest, of course, and he asked all the right questions and listened as I talked about my goals and life plan.”

The man was a successful CEO, and he shared a lot of wisdom about what it took to make it to the top. “The best part is that he didn’t laugh at my goals,” Amit remembers. “He wanted me to be realistic, of course, but he said that I could do it. I have always appreciated his vote of confidence and the tips he gave me.”

Then Amit’s neighbor said something he has never forgotten: no matter how big you may get, no matter how wealthy you might become, never forget to help other people go further in their own lives.

“Money, cars, houses – it’s all meaningless if you become someone who can’t be bothered to help others,” Amit says. “I have kept that in mind ever since that man took the time to talk to me, and I try to put it into action everyday.”

In the years since that conversation up in the sky, Amit has found plenty of ways to put the man’s advice into action. “In the beginning, it was small things,” he says. “Seriously, when I got here, I didn’t have much, but I tried to help people as much as I could. Sometimes it was as simple as putting money in a homeless person’s jar or offering suggestions to someone who was struggling.”

Amit would eventually find success in several industries, including toys, real estate, and cryptocurrency. As his finances grew and he gained more expertise in investments, he began looking for bigger opportunities to help other people.

“When I got into cryptocurrency in 2016, I was able to figure out how to invest no matter what the market was doing,” he says. “I came up with a lot of unique strategies, and I began sharing them with friends so that they, too, could build their portfolios and have financial success. One person wanted to invest but didn’t have any money, so I loaned her $3,000 and showed her what to do. She was able to earn that back, pay me back, and go on to build her portfolio to over $75,000 because of what I had told her to do.”

In his career, Amit has seen a lot of people who cannot be bothered to help others get ahead. “In this world, people seem to have one of two mentalities: you think it’s either the survival of the fittest or it’s about lifting all of humanity up. I fall into the second category, which is why I am bringing my investment strategies to the public through Profitfi Academy. Why should I withhold this information? What good would that do me? If I have the right to lead the life I want, then so does everyone else.”

Amit sometimes thinks about the man he met on the plane. “I don’t know what happened to him,” he says, reflecting. “I like to think I will run into him again someday. I would love to thank him for calming down a nervous 21-year-old and tell him how my life has turned out. I owe a lot to him, and I hope that I can do for others what he did for me.”

Amit Fridman is the creator of Profitfi Academy, online courses that teach people unique strategies for investing in crypto and options. To connect with Amit or learn more about investing in today’s cutting-edge technology, please visit www.profitfi.com https://www.instagram.com/amitfridman/?hl=en.

All That You Need to Know About Valentin Luboya