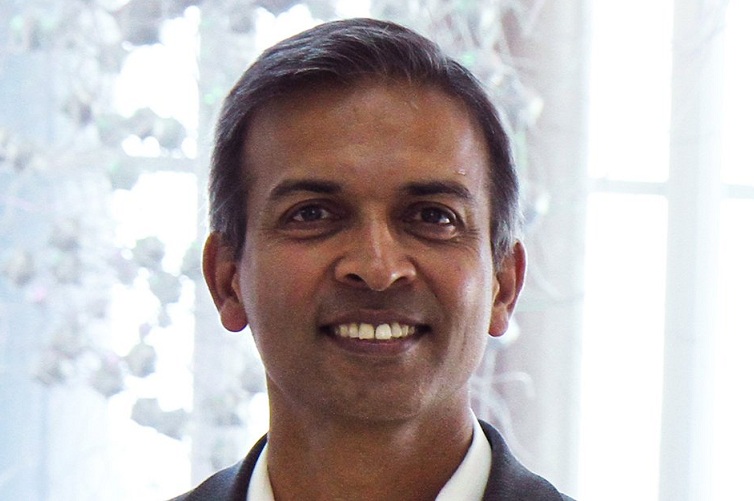 Ajay Nahata was born in Vadodara, Gujarat, India, and moved to the United States with his family when he was five years old. He spent his entire childhood through high school in Oshkosh, Wisconsin. Growing up he had a broad range of interests but was particularly involved in tennis, chess and math.

Ajay graduated from MIT with a Bachelor’s degree in electrical engineering, although he spent a large part of his freshman year exploring a variety of different majors including mathematics, artificial intelligence, and cognitive science. He then obtained his Master’s degree from Columbia University in electrical engineering, with a focus on optics and semiconductor physics. Between his Master’s and Ph.D. degrees, Ajay Nahata spent five years working at AlliedSignal Inc. investigating the nonlinear optical properties of organic materials, particularly poled polymers, and their application to devices for high-speed optical communications.

He then returned to Columbia University to obtain his Ph.D. in electrical engineering focusing on the use of ultrafast near-infrared lasers to develop terahertz (THz) optoelectronics. The primary contribution from his dissertation work was the development of room temperature approaches to generating and coherently detecting broader bandwidth THz radiation than was previously possible using existing semiconductor devices. These approaches are widely used today in THz labs around the world. After obtaining his Ph.D., Ajay returned to the industry for a combined time of nearly seven years at AlliedSignal and NEC Research Institute. During that time, his research topics included optical communications, surface plasmonics, THz optoelectronics, and quantum optics.

In 2003, Ajay Nahata joined the Department of Electrical and Computer Engineering at the University of Utah as an Associate Professor. After being promoted to the rank of Professor, Ajay was appointed the Associate Dean for Academic Affairs in the College of Engineering. In that role, he not only led the accreditation effort for the college but also its recruiting and outreach effort, as well as its effort to teach both oral and written communications to all undergraduate students. He was also the principal investigator and Director of a National Science Foundation (NSF) Materials Research Science and Engineering Center (MRSEC) that supported the research efforts of approximately twenty faculty and fifty graduate students and post-doctoral fellows over seven years.

As a professor, Ajay Nahata focused his primary research efforts in the area of plasmonics and metamaterials, with the goal of developing devices for high-speed communications. During his time in Utah, he mentored a total of eight Ph.D. students, four post-doctoral fellows, and nearly two dozen graduate, undergraduate, and high school students.

Since 2019, Ajay has transitioned back to the industry and led efforts in creating and making commercially available high-precision, high-sensitivity diode laser-based optical spectrometers and physics-based algorithms that make sense of the measured data.

We had the opportunity to talk with Ajay Nahata about how he got his start, what he’s currently working on, and his insights on what has made him so successful.

How did you get started in optics, micro-and nanofabrication, high-speed optoelectronics, and materials characterization?

As an undergraduate in college, I had a wide range of interests and started my freshman year thinking that I would major in math. Like many students, I cycled through several possible majors and ultimately settled on electrical engineering.

During my sophomore year, I decided that I wanted to get involved in research. I contacted quite a few faculty members and the first one to contact me was Dr. Hans Jenssen. He ran a lab that grew laser crystals and then performed optical spectroscopy and built high-power lasers using those crystals.

Once I started working in the field of optics, all of the other topics listed above arose from the types of ideas that came up.

What inspired you to enter your field?

I was always fascinated by lasers, but growing up in Wisconsin, it’s not a topic that I thought I would be able to work in. All of that changed when I started an undergraduate research project with Dr. Jenssen. I felt incredibly lucky to work with someone who was so willing to teach me and then give me free rein to explore how things worked.

My undergraduate thesis was to design and build a laser end-pumped laser. At the start of my thesis, I didn’t have any idea how to design a laser, much less build one, but I figured it out by the end of my senior year. It was one of the best experiences of my life. After that, I knew what I wanted to do.

What are you working on right now?

I am working on several projects in parallel, including making a laser-based spectrometer that can measure both methane and ethane with extremely high sensitivity. The former gas is a major contributor to climate change and is the primary component of natural gas. The latter gas is an additive that allows for differentiation between natural gas and biogas.

Simultaneously, I am working on algorithm development that allows one to solve an inverse problem: if you measure methane (and ethane) at a specific point, where specifically (i.e. in terms of GPS coordinates) did it come from.

What has been the most satisfying moment in your professional field?

While there have been many, I will focus on two that come to mind.

The first moment occurred early on while I was in Utah. Among the first group of Ph.D. students that I took on, several had very limited exposure to research and optics. Several years later when they successfully defended these dissertations, they could explain what they did and why they did what they did better than me and they were ready to go out and start their independent careers. It was their accomplishment; I was happy to play a role in it.

The second moment occurred rather recently. When I started in my current position, the project nominally started the same day I did. I either did the work or led the effort in all aspects of creating the spectrometer, transitioning it to manufacturing, and collaborating with outside groups to show what the system was capable of. These spectrometers allow people and groups to make measurements that were not possible before.

It is nice to see something go from an idea to something that others say has helped them in their work in such a short amount of time. Professionally, I am extremely proud of it given its enormous complexity. I am still amazed that it works so well and reliably.

What do you think it is that makes you successful?

That’s a good question. I hope I have been successful at some of the things that I have done, but in the end, that is for others to decide.

If I have been successful, it is because I have always tried to associate myself with people who are smarter than me and have tried to listen to what they have to say. I have always been willing to put in the time to complete what I set out to do.

What advice do you have for someone interested in the sciences?

Perhaps most true in engineering, but I think there is a belief that one can learn by simply working with equipment. While I think that is important, I believe that it is critical to learn the fundamentals of whatever topic one is interested in.

To make meaningful contributions today, it is important to not only understand how things work but why things work at a fundamental level.

Viet Ha Do Discusses Productivity and Keeping a Work-Life Balance