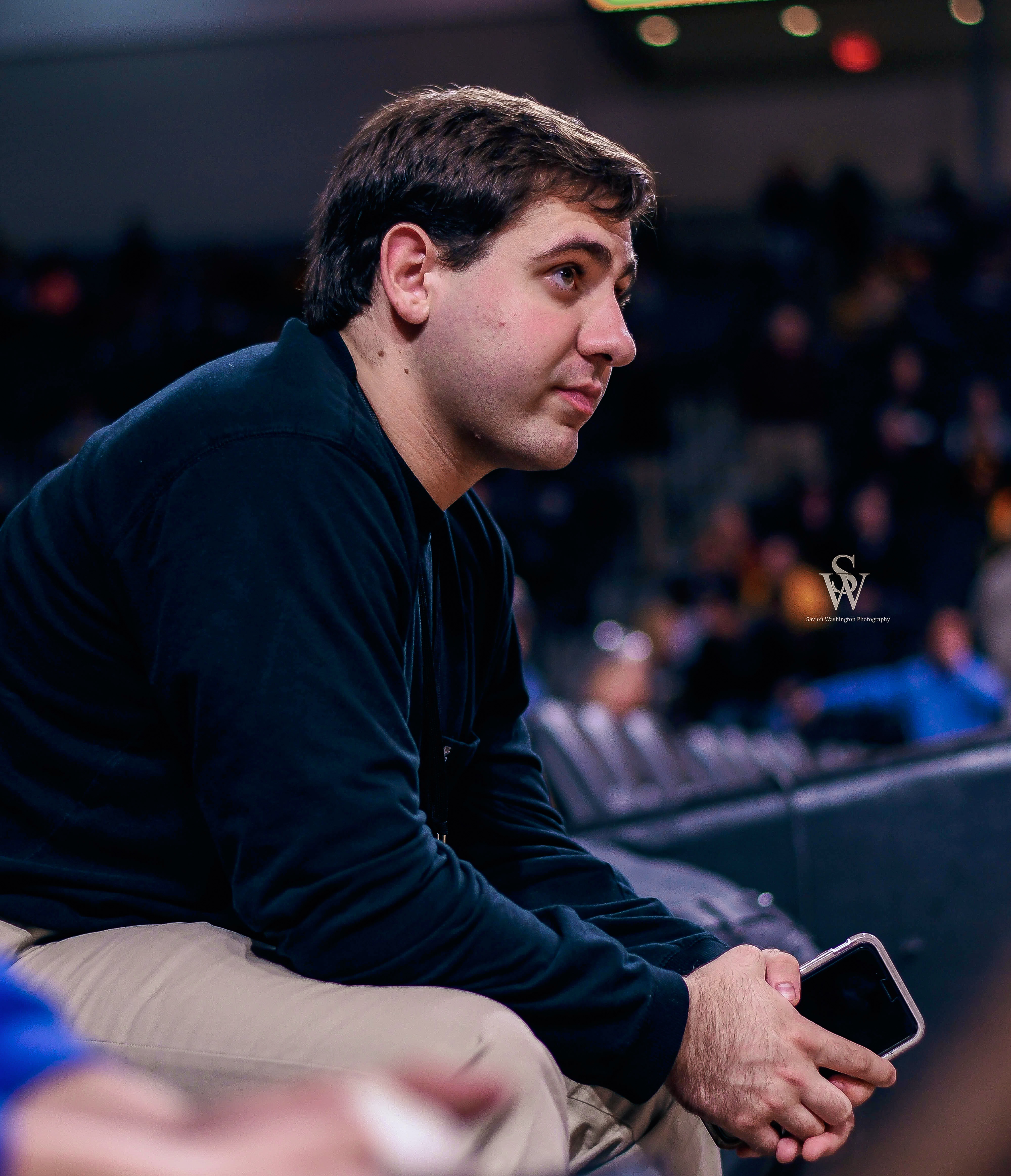 Andrew Canavos is a native Virginian videographer and photographer in the sports arena who covers top basketball athletes in the country ranging from high school to the professional league. Because of his extensive resume and achievements, he was able to accept new opportunities and reach new heights in his career. Working with big companies in the sports world has also helped him build an impressive network of contacts. “I have built up my resume where I have shot for the top companies in the sports world like Ballislife, Rivals, and now where I shoot full-time for SLAM magazine. I have built up a network in the basketball world, mainly where I am known by top players, coaches, and media.”

Canavos’ 3 Keys to Success and Lessons Learned Along the Way

Canavos realized his passion for film and photography at a young age, but it began as a hobby. After high school, he would film local players in his city. He says that he would film players to help them in their recruitment process for college. This one decision led to opportunities where he worked with the current director of SLAM HS Video, Bryan LaRussa, but it wasn’t until he started traveling to national events that he began to consider himself “successful” in the industry. “I think the first time I realized I was becoming successful in the industry was when I would go to national events, whether high school, college, or pro and be recognized for my work. Then when I shot for the national brand Ballislife, that’s when I really started to get some traction nationally. “

When asked about his greatest struggles and keys to success, he stated that work ethic, connections, flexibility, thoughtfulness, and originality were key aspects of his success. Throughout his career, he has experienced exactly how these elements have helped shaped his journey, especially while working in a competitive industry. Here are his three keys to success and three greatest struggles.

Canavos believes that his personal experience in the industry and the amount of years that he’s dedicated to his craft grants him credibility in his field. Due to his level of experience, he knows that he brings significant value and he has high aspirations for the future. It’s clear that there is no stopping him now. He has worked long and hard to climb up the ladder, and he’s willing to give helpful advice to anyone else who is actively working or thinking about pursuing a career as a photographer or videographer for the sports industry.

“I have been in the media industry for over 5 years where I have covered all levels of sports (mainly basketball). I have been interviewed by the likes of the AP News, Washington Times, and Washington Post about how the media world has changed over the years in basketball and how it can create superstars at such a young age.

Mainly working for brands like SLAM and Ballislife has built credibility to my name because of their global following across all platforms.  Just understand when you enter the media world of sports be open to criticism and make as many connections as you can because in this industry someone knows someone that can get you work and sometimes a career in your field.

Personally,  I see myself growing my brand and connections to more high- level shoots with professional athletes and major brands.”

For business inquiries, reach out to Canavos on Instagram, Twitter, or shoot him a friendly email at andrewcanavos@gmail.com.

Joey Panetta; The story behind the immigrant entrepreneur.