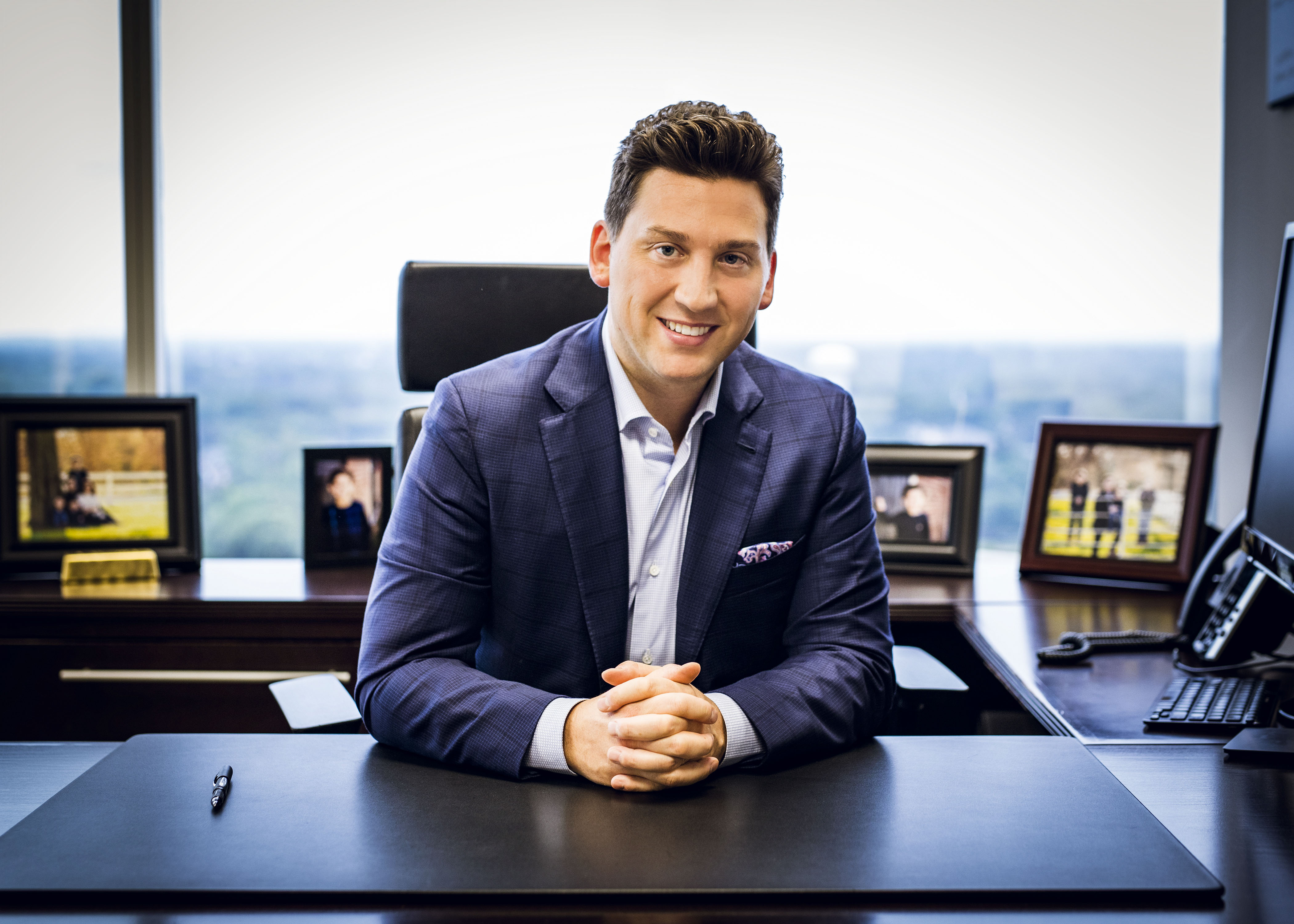 Having helped more than 2,500 clients manage and achieve their financial goals, the majority of his career Anthony Pellegrino has ranked in the Top 1% of Safe Money Specialists in the nation and was awarded as one of the Top 10 Advisors in America in 2013. Most recently, Anthony was privileged to share the stage with former President George W. Bush in Washington DC at the Ronald Reagan International Trade Center.

Anthony Pellegrino co-hosted one of the most listened to financial and economic radio talk shows in Chicago, Securing Your Financial FutureTM on WLS890 AM, now available for viewing on iTunes and Soundcloud. Anthony is honored to be recognized as a financial authority in the Chicagoland area. In 2010 and 2011 he was named Five Star Wealth Manager in Chicago Magazine, as voted by his clients and peers. This designation is a consumer-based award in the financial services industry given to wealth managers in the Chicago area who scored highest in overall client satisfaction.

Anthony Pellegrino dedicates his practice to not only helping individuals plan for their financial future but also remaining by their side as a partner in achieving their desired results. Anthony provides financial plans and actively managed portfolios targeted at achieving consistent, reliable returns regardless of market fluctuations and uncertainties. He currently specializes in diversifying assets, both investment and insurance oriented, to offer his clients the best chance of meeting their retirement income goals. Anthony currently holds a Series 65 securities license and an Illinois Department of Insurance license.

In his spare time, Anthony Pellegrino enjoys spending time in the Elmhurst community with his wife and three children. Anthony has a passion for supporting the US Military. He is an active advocate and sponsor of the USO and Operation Support Our Troops.

Regarding the current state of inflation, Anthony Pellegrino made 3 key points:

1. Inflation is a rise in the general level of prices of goods and services in an economy over a period of time.

3. The most effective way to combat inflation is by increasing productivity, which will lead to more goods and services being produced and available for purchase, thereby keeping prices stable.

Regarding the current state of the economy, Mr. Pellegrino stated: “CNBC recently reported that 77% of retirees stated that their biggest concern about retirement right now is inflation. And it’s for good reason because inflation rates have soared to their highest rate in forty years, but here’s something that’s even more interesting, well-known economist and inflation expert Peter Schiff recently said that ‘if we measured consumer prices the same way that we did back in 1982, the inflation rate in 2021 would be roughly 15%,’ which would be the highest in our country’s history.”

Mr. Pellegrino went on to comment: “Everyone knows that what we are paying right now is more than we have ever paid for things like gasoline, groceries, and household staples. Although the “Fed” has said that these issues are transitory it has become apparent that is not the case. And so for anyone who is looking to retire, the idea of ongoing persistent inflation is worrisome.”

When discussing what that would mean for retirees, Anthony Pellegrino replied, “Let me ask you a question, ‘What was your house worth 20 or 30 years ago versus what it’s worth today?’ So it’s not a night and day difference, but if you think about what it’s going to be worth 20 to 30 years from now, the biggest mistake people are making is basing their retirement goals based on what the price of things are today, not what they’re going to be 10-20 years from now.”

3 Channels to Start a Property Investment in Lombok

Sabrina is an LA-based blogger who writes about interesting entrepreneurs with unique business ideas. She is a graduate of San Francisco State University with a major in Sociology. When she is not reading or writing about the news, she is at the park with labradoodle named Disco.