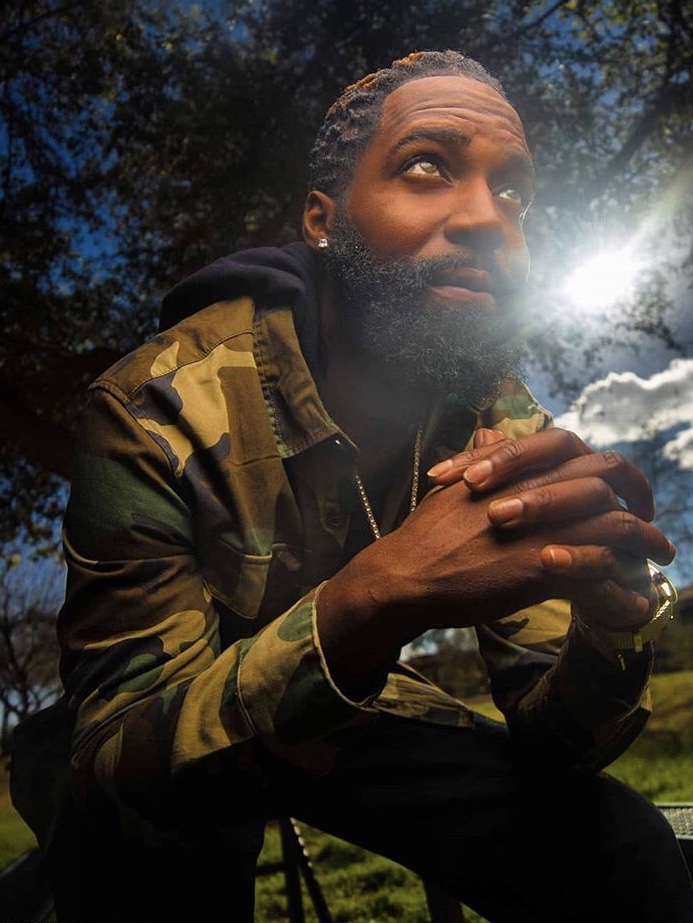 Kenny Eric Brown aka “Kenny MFG” was born and raised in the Dirty-Dirty South. His hometown is Beaufort, South Carolina. A small historic city in South Carolina off the coastline on the Atlantic ocean in the same town as the famous “Parris Island’ Marine recruiting base. Kenny was introduced to music at an early age with his dad playing the piano for his church, and Kenny started to sing in his junior church choir and played the drum set as well around age eight. He always had a love for music in general, especially hip-hop. Some of his favorite artists to to listen growing up were: 2pac, Biggie, Jay-Z, Nas, Snoop Dogg, DMX, Pastor Troy, No Limit, Mystikal, E-40, Twista, Pimp C, and so many more

Growing up through the years Kenny played and mastered the saxophone in both his middle school and high school bands. He chose to play the saxophone because of listening to another Kenny; Named “Kenny G” professional recording artist play it so well. Upon entering his high school “Battery Creek High School” he joined the schools marching band; still playing his saxophone every year until he graduated. After graduation Kenny enlisted in the Navy to serve his country for four years active duty. His first and only duty station was at the Yokosuka Japan base.

After serving his country honorably overseas he moved back stateside to Charleston SC, where he realized that he wanted to make a career in music. After one year living in Charleston, and meeting “Allen Lorenzo” who shared the same career interest, he moved to Phoenix Arizona to pursue an audio engineering career. The school he attended in Arizona was called Cras (Conservatory of Recording Arts and Sciences) in school he realized that he wanted to work on becoming an artist and dropped out. Upon leaving the school prematurely he met the “love of his life” named Vannesa Salazar.

Several years went by and he was just working a job as an inventory specialist at a garage door company. Then an unfortunate tragedy happened when he found out about Vannesa who was now his fiancé passing away. Losing her shook Kenny to the core and it made him refocus on his career in music and to go all out with no regrets in the time he has left to live. After the tragedy he moved back home to South Carolina to be closer with his family that he didn’t see in so many years.

While being home one of the family members were his cousins Alfonzo and Lorenzo; who formed the rap group called the “Swaggaboiz”. Both of them encouraged him to take it more seriously and that he had talent as an artist and to tell his own story. Several other tragic deaths affected Kenny; such as Nipsey, Kobe his idol, Pop Smoke, Juice World, Mac Miller, XXXtecaion, and several other family members. That’s when Kenny said “Fuck it” and never looked back. He has several songs out now like “Legends ft BKarma”, “Lemme get you wet” , “About it”, and “Daily Conversations” all on his debut mixtape called: “The Killa B Saga”

The Micro -Philanthropist Bringing Together A Legion Of Legion Potential Legends