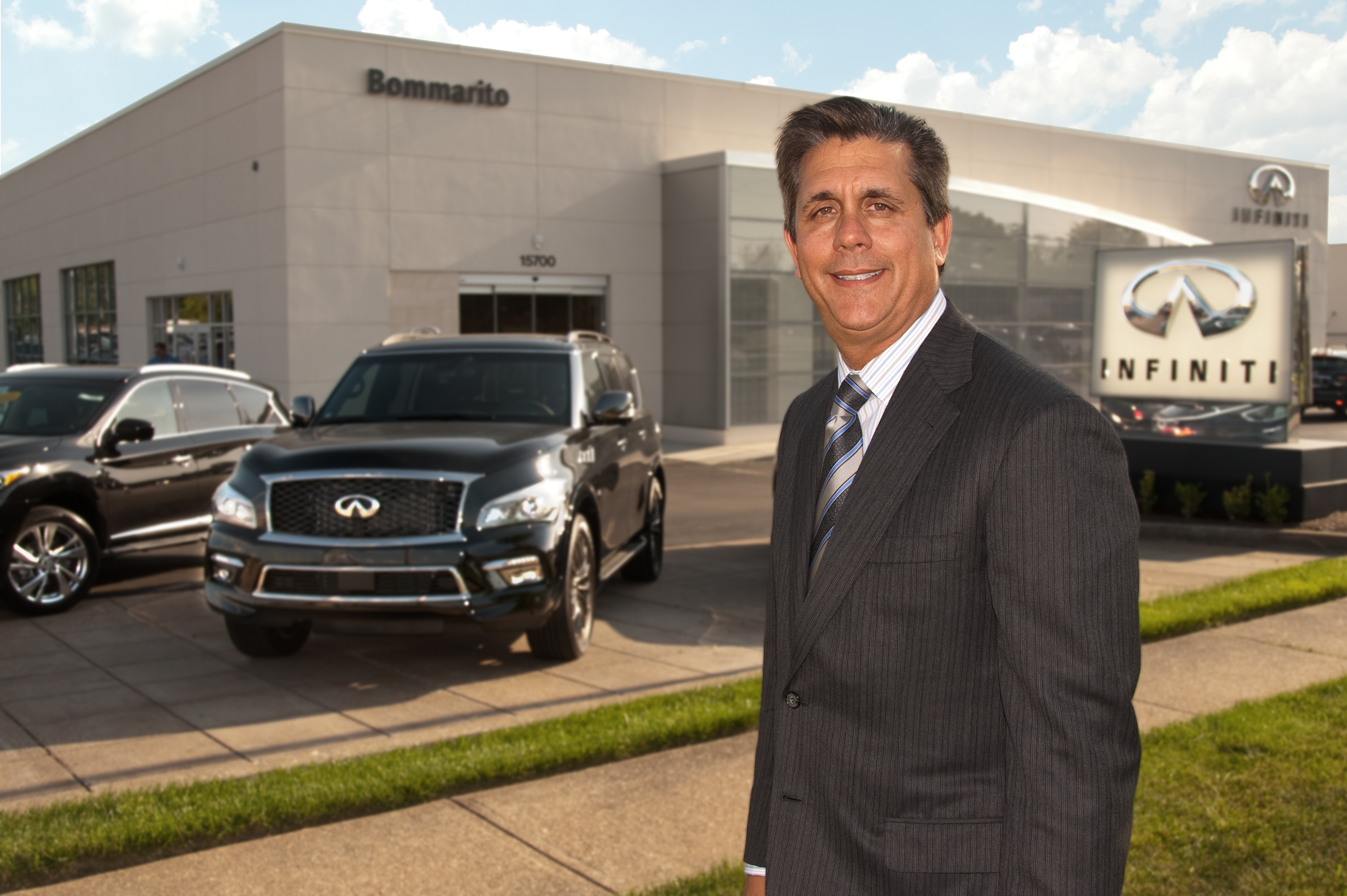 John Bommarito was born in 1965 into an automotive family, well-known for its strong and cautious work ethic. His passion for cars started at a young age, and he was already parking and washing cars at 12. At 15, John was promoted to the service and then the parts department, which allowed him to learn more about the industry. While in college, John would spend his free time working at the Ellisville automotive location after school. He later graduated with honors in 1987 and was accepted to Stanford University Medical School.

However, his passion and love for cars proved to be stronger, and he took a year off to put to rest his automotive desires, and never turned back. John’s early days included selling new Mazda’s. However, with his burning desire and talents in the automotive industry, he proceeded to the Nissan location as the finance manager. Shortly after, he became the sales and general manager.

At the same time, Bommarito Automotive Group had grown to include a nationwide subsidiary known as Bommarito Cellular. John transferred to this division as general manager and achieved record-breaking sales, year after year! At a young age he established over sixty retail stores, a nationally recognized “Buy a Car Get a Phone Program” with over 300 auto dealers, and a wholesale distributorship (one of only three) of Nokia mobile phones in North America, he ventured back to focus on furthering the family automotive enterprise.

In 1992, John purchased an Oldsmobile Cadillac store from bankruptcy using his hard-earned savings. At 29 years of age he was now the youngest Cadillac dealer ever appointed in the US. He later added Mazda to the line-up, making the location the go-to garage for all of St. Peters , Missouri  resident’s automotive needs. The store now averages over 300 units per month, by far exceeding the 25 units per month it was selling before its takeover. Incredibly, the St. Peter’s store was awarded Mazda’s most prestigious award recognizing the top 40 dealerships nationwide, the President’s Club award as well as numerous Cadillac Standards of Excellence Achievements!

Presently, John’s St. Peter’s dealership ranks 4th in the South Central region in Cadillac sales, and Mazda is 2nd in the St. Louis Metro area. As the earning potential of the community grows, this location continues to grow exponentially. With all the success and growth, and by request from Mazda’s past president, Richard Beattie, John served on Mazda’s national dealer council and many other national dealer councils in his unprecedented career.

Over the last two decades, John’s tenacity for hard work, combined with his determination and outstanding negotiating skills, has led to more exponential growth. They have not only expanded to more diverse locations but also added other car franchises to their line-up. This includes adding the Buick franchise from General Motors’ phased-out models and also being awarded the coveted Honda, Audi, and Volkswagen franchises in Hazelwood. In 2011 he added Ford, 2015 another Nissan location and most recently Toyota.

While John’s success with the Bommarito Automotive Group continues to grow and set record sales highs, he also has received special recognition from his manufacturing partners. John was named winner of the “President Clubs,” a prestigious honor for outstanding sales and service awards from franchises like Ford, Toyota, Honda, Nissan, Infiniti, and Volkswagen.

The Oldsmobile dealership that Frank Bommarito (John’s father) started over 50 years ago has now successfully grown into Missouri’s number choice for consumers and all of their automotive needs, while quickly growing into a regional sales powerhouse via their internet division.

Clearly, with his son John now as president, who continues to lead with the help of a key management team and over 1,000 Bommarito team members, the Bommarito Automotive Group continues to experience unprecedented growth.