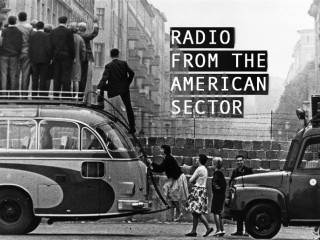 Ava Ismaiylova is one of the most perspective female producers under 30 based in Los Angeles, CA, an active supporter of the increased presence of female filmmakers in the industry.

Ava is a fashion journalist and photographer in the past, so transforming into the film producer was a very natural process for her – storytelling but just in the other form – visual.

Ava got the trial job as an assistant producer on the commercial for a production company in London. A crew of more than 100 people, more than 200 extras, acres of lands as a location. She only had 5 hours – while they were traveling from London to the location, to understand what is in her responsibilities and how films get done. Everything was great apart from the Walkie-Talkies…She was so scared to say anything out loud into the microphone that she was running around to get the tasks done herself without asking for help. By the end of the day, she literally could not walk. Next day she decided to overcome her fear. Lesson – don’t be afraid and speak up!

She always says that she recommends her colleagues in the industry to take control, and actively manage their time, “give” to others, as she believes it makes you feel good, even the tiniest act of kindness. She also believes that you don’t have to be successful to help others. Ava supports female filmmakers, “Radio From The American Sector” is a short film that is now being developed into a TV Series, is led by two female filmmakers. Its writer/director was Karyn Barnett-Day, and the producer was Kaitlyn Brown. Ava saw the Indiegogo campaign and loved the story so much that she offered a collaboration. She is currently producing a documentary regarding a very important, global environmental issue in California.

Her favorite quote is “Life isn’t about finding yourself. Life is about creating yourself.” by George Bernard Shaw. “I never wanted to find myself, I believe anything is possible you just have to take care of it.” – says Ava – “You have to become your own dream no matter what.”

The Power of Networking and Leveraging