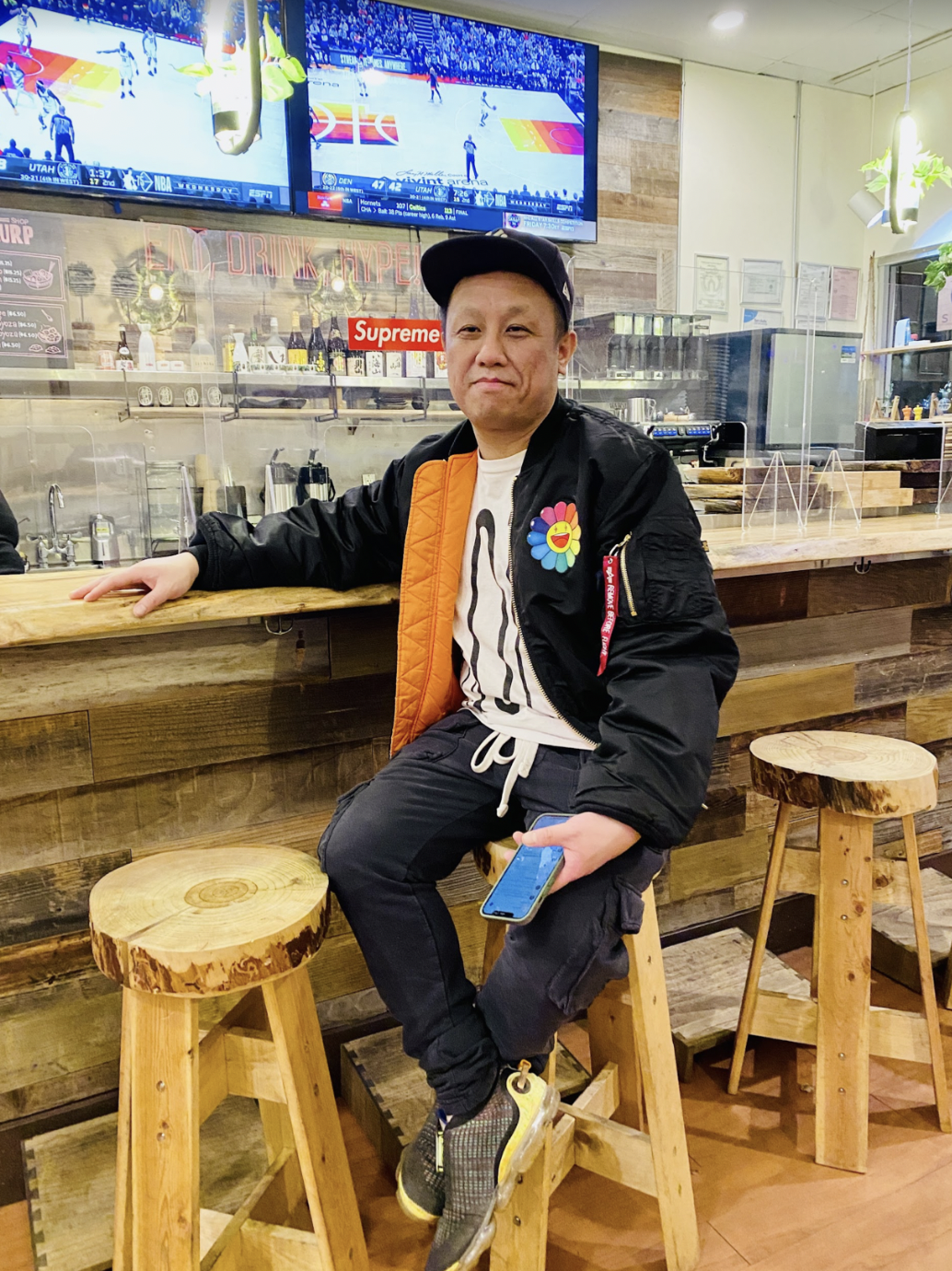 Food being the common denominator that bridges cultures is not remiss on Gilbert Liang. After emigrating from China at age 10 to the San Francisco Bay Area, Liang talked his way into a job making sushi while still in high school, having responded to an ad in a Chinese newspaper.

The sushi experience would come in handy later. Liang has worked in management and as a consultant, but he has returned to sushi – as a chef, and as founder of SAGA Kitchen, Alameda’s only cloud kitchen. With four different Asian cuisines within a tech-savvy setting, the pan-Asian micro food hall – not to be confused with a typical restaurant – is a reflection of Liang’s entrepreneurial acumen and deep cultural roots.

The micro food hall menu features four distinct Asian eateries under one roof, with Koharu Japanese Café (Japanese bento), Yue Club (dim sum), Slurp Shop (ramen), and Sachi Sushi (sushi). The micro food hall idea arose during the pandemic, when Liang, along with several partners, took over a shuttered Chinese restaurant. Instinct informed Liang that customers were looking for a variety, and the idea for a shared kitchen was born.

A natural community leader, the San Jose State University alum bought a home in the area soon after graduation,  staying for the long haul.  Liang envisioned a collaborative food hall with cutting edge tech features – a minimalist dining area, QR codes for ordering and robot servers –  which initially confused some customers and created  “a small uphill battle” to win them over, according to Liang.

All along, though, he never wavered about his mission and goals.

“I found my passion for helping small businesses and I try to use SAGA as a platform to continue to provide a better space for people who want a better opportunity,” Liang said.

SAGA is an acronym for original partners’ first initials and although the partners have stepped away, SAGA Kitchen is thriving with Liang and the culture he’s cultivating. It’s no wonder that out of the four Asian cuisines featured at SAGA, sushi is among the most popular. “I’ve been preparing for this my whole life,” Liang explained.

This background has empowered Liang to address the dramatic changes within the restaurant industry at a local level. From the effects of the pandemic to growth of delivery services like Doordash, based in nearby Oakland, customers have on-demand expectations. In Alameda, a residential community, there’s hardly a restaurant within a two-to-three-mile radius of SAGA, which gives Liang an opportunity to experiment and incubate new concepts.

Curated with hip decor to attract the 18-40 demographic – “a group of friends who would like to split checks and who like different things on the menu,” as Liang puts it – SAGA Kitchen is leaning heavily on innovation while addressing the changing workforce within the food industry. This is manifested through features such as a self-service kiosk where customers can put in their takeout order, and partnerships with mobile-order, third-party platforms such as Doordash and Grubhub, and QR code menu that allows customers to order and pay from their smartphones. SAGA Kitchen also utilizes robotic servers.

“Overall a nice casual atmosphere with a chance to satisfy multiple food cravings at once,” the reviewer wrote.

SAGA Kitchen is located at 1707 Lincoln Avenue in Alameda, California and is open Wednesday through Sunday 11:30 a.m. to 2 p.m. and 4 p.m to 8:30 p.m. For more information, visit SagaKitchen.com

Related Topics:BayKitchenSAGASAGA Kitchen
Up Next

Breaking Habits at a Deeper Level: How One Company is Helping People Be Inlited