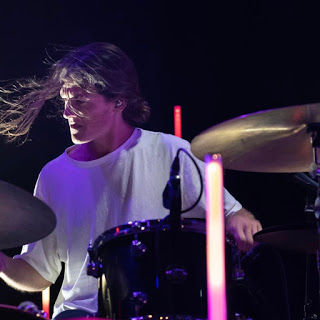 The world of music production is one of the most competitive and cut-throat industries in existence today, which is why so many musical artists will lose hope or faith that they have what it takes to make it. Musical production is wholly lacking in a support system, or a network of individuals who are willing to go above and beyond to help other musical artists feel seen, heard, and supported.

It Starts with Collaboration

Ben is known in his own right as being someone with a perfect pairing of creativity and work ethic, distinguishing himself as an exciting up-and-coming musical artist with a promising future in the international music industry. He has worked closely with major musical labels and management groups, including Sony Australia and Mushroom. Using his experience and connections, Ben has decided to be a different kind of musical artist and producer, one who gives back and brings everyone else along for the ride.

“Music production is seen as such an individualistic pursuit, often pitting artist against artist,” said Ben. “I believe that if we all work together, we can collectively achieve success and introduce lesser-known artists to the world. Too many of these artists are shut out of conversations before they even have a chance to present their music to willing listeners.”

Ben specializes in a wide variety of genres that include: rnb, neo-soul, funk, hip hop, and alternative. He brings his pop sensibilities into every session, and shows his commitment to writing and producing with musical integrity. Ben has been integral in creating iconic sounding songs, with the goals of the artist in mind at all times.

“My sessions have been described as half music, and half counseling, as I work to create a safe space for artists young and old to open up creatively and write as their rawest self,” said Ben. “The best music is made when the artist feels they can open up without judgment or criticism. I step in as not only a producer, but also as a co-writer and confidante, someone these people can trust. I think that makes all of the difference.”

Ben’s sound has been described as having a wide international appeal, while still safeguarding a sense of youthful originality. He is a positive and bubbly personality in the studio, lending his jovialness to the artists he works with. It’s this kind of environment that makes other artists feel ultra-comfortable in sharing their musical talents and dreams.

Ben concluded by stating that he ‘sees his role is not only to create hits, but to also draw out the best from his collaborators.’ It’s this kind of collaborative mindset that sets Ben apart from the competition, including many of the producers with multiple decades of experience in the industry. Ben isn’t afraid to push change and encourage a new kind of production attitude.

For more information, or to follow Ben on social media, visit: https://www.instagram.com/benoldland/.