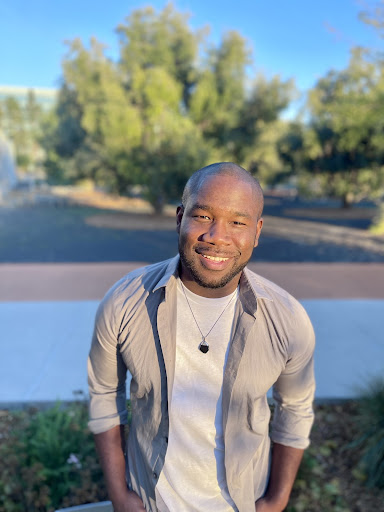 The representation of teenagers in relation to finance in the mainstream media is often a negative one. Irresponsible youths, wandering the sidewalks of a college town with the sole aim of finding the most expensive specialty coffee down an Instagram-able side street. It’s an unfounded presumption, of course. Still, for many underrepresented communities in America, particularly those with unstable economic foundations, there is a reality of stunted financial progression for the younger generation. Arguably, it’s not a problem based on poor judgment but rather an institutional deficit of financial literacy.

At least that’s according to the entrepreneur behind StoreCash, Daricus Releford. Where others use a broad brush to paint the strokes of financial negligence, Releford sees an opportunity for underbanked communities to reach their full potential with the assistance of his app. Teens, he argues, are not left with landmark debt as a result of misuse of finances. In fact, this extremely relevant issue is created by no use of finances at all.

It may seem obvious to some, but young people are systematically prevented from taking responsibility for their money in those formative adolescent years. As an illustration, the story of StoreCash’s inception seems pertinent to explaining a commonly overlooked issue. A short time into a career at a major tech company in Silicon Valley, Daricus Releford was contacted by his nephew, Wil, needing funds for a laptop. Keen to help, Releford made moves to provide his family member with that crucial money, only to find that Wil would be unable to receive it due to being under 18.

Two issues become immediately apparent upon reflection on this origin story. Firstly, young people need a mechanism by which to manage their money. And, secondly, underrepresented communities need investment to build a prosperous financial future.

Daricus Releford set out to target both with the ambitious StoreCash app. Rewarding users with up to 15% cash back at some of their favorite stores, including Sephora and Chipotle, the app provides both an incentive for the underbanked to manage their money and a safe platform on which to do so. It’s the combination of these two facets, Releford hopes, that will serve as a tool for young and minority communities to break through societal constraints.

Aware of the reality of the paycheck to paycheck lifestyle for millions of Americans, Releford and co-founders Phani and Sheetal aim to train the next generation of earners so that finance and prosperity begin to build up in communities that have been left behind. “If a brick and mortar bank is only giving an individual 0.5% back on their funds and they have a substantial amount of money saved, it’s an easy decision to switch to StoreCash,” Releford points out.

In addition to being passionate about the younger generation, Daricus Releford is a black man with the interests of the African-American community at heart. Conscious of the difficult relationship they can have with traditional banks who often fail to represent them, Releford aspires to create a saving platform they can trust. In essence, Releford believes African-American entrepreneurs may be less likely to succeed because fewer precedents are set for them to follow. “It’s an uphill battle,” he says.

A vital component of this struggle, Releford believes, is a lack of role models in popular media for young black Americans to seek inspiration from. One thing StoreCash’s founder doesn’t himself lack, however, is a motivational backstory. Releford started from nothing – literally nothing – as he and his brother woke up one day at the age of 12 to find all of their family’s possessions gone, likely to fund his father’s drug problem. That summer, they made $3800, then $5200 the next, eventually saving the capital required to purchase a hot dog cart.

Hot dog cart led to the concession stand, which eventually led to a multimillion-dollar chocolate-covered strawberry business – all experience that would turn recruiters’ heads as Releford landed several jobs at major tech giants on the West Coast. As may be apparent by now, the journey came full circle when it culminated in StoreCash, a venture centered on providing financial literacy to young people in comparable situations today. By setting a precedent and building a tool, Releford hopes the visibility of black success will rise exponentially along with social mobility in underrepresented communities.

With Daricus Releford’s intent on its success, StoreCash seems like the spark that underbanked communities need to build a better financial future. How they use the app, and the fiscal and entrepreneurial skills they can develop as a result, can stoke the flames of social mobility and fair representation. Like many of the most cutting-edge innovations, it all begins with a download.

How Tonya Mann, A Jane of All Trade, Disrupts The Holistic Health and Beauty Industry