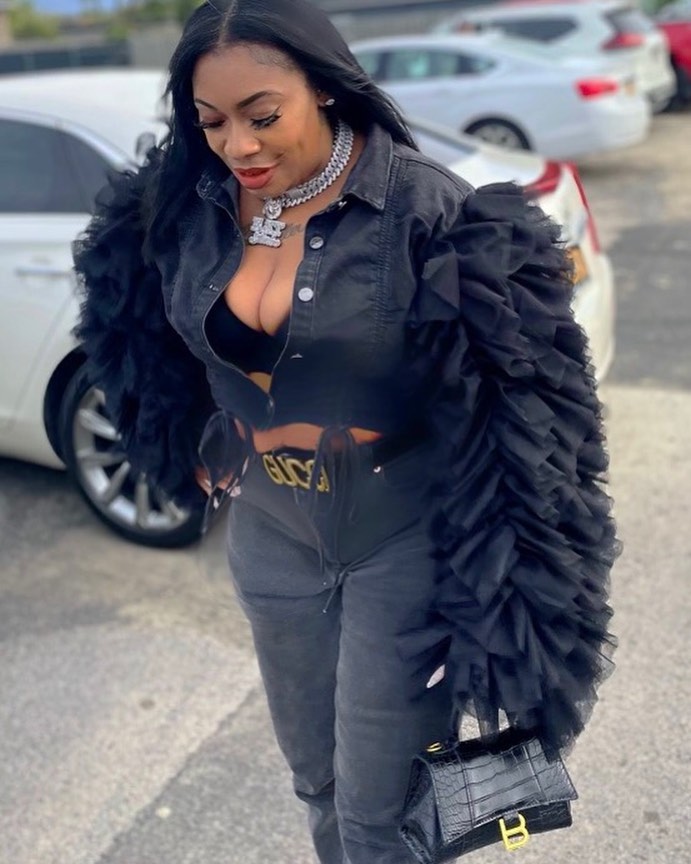 Bozz Lay’Dee was born in Chicago, Illinois and has been an independent recording artist for 6 years. Coming from a musical family, her love for music stared at an early age. At 5 years old, she realized music was for her. Bozz knew she wanted to be a recording artist the first time she heard her first single, “Is It My Shine,” professionally recorded at Shine on Entertainment’s studio in San Antonio, TX.

Bozz Lay’Dee’s unique and creative artistry are a result of a lifetime of musical influences from different genres and eras of music. Artists like Janet Jackson, Patti Labelle, Queen Latifah, MC Lyte, and Michael Jackson, all influenced her early on.

Bozz’s new hit single “Everything Big” was inspired by her own story. Being an independent female artist who does what she wants in a classy yet raw way, she has created her own lane in the music industry.

Bozz Lay’Dee is no stranger to the stage and has been blessed with the opportunity to open for Jeezy, Jim Jones, Le Chat, Lil Wayne, Plies, Party Boys, DMX, Too Chainz, T-Pain, and Nick Cannon.

“Do right by the universe and the universe will do right by you,” is the motto she lives by. Bozz Lay’dee has support from DJs across the world as they play her two hit singles “I Do What I Want” and “Everything Big.”

If she could collaborate with any producer, Timbaland would be her choice because of his unique sound. Benny Boom would direct the video because his videos look like movies and his creativity is amazing.

Bozz Lay’Dee  is not only an amazing lyricist but also a great producer. she is a jack of all trades and has been producing for years. She has worked with some big names in music. Her music skills  are just one part of his talent. She can rap, sing, and produce at a high level. No matter what she does, she does it well. Her vocals are sultry and her raps flow effortlessly. There is no question that she will be successful in whatever direction she takes in her music career. Bozz Lay’Dee songs are catchy and have a good beat. They make you want to dance and feel good about yourself. This is something we don’t see much of anymore in today’s pop culture.

For the rest of 2022, Bozz Lay’Dee is looking forward to still working hard every day as if it is her last. Her outlook for 2023 is to continue to make history.