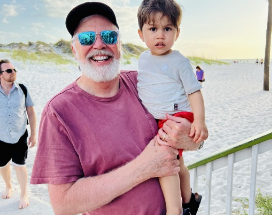 Sharing the word of God is an essential principle in Christianity. People who wish to walk on the
path of God deliver His message to people of all kinds and ages. A pastor in a church preaches
the message several times, telling people the right way to live peacefully. Although it seems
easy, it is not. Spreading the word of God to the people requires relentless effort, strong
knowledge, and substantial references that persuade the listeners to believe and follow the right
path. Many people understand God’s teachings in the local churches, but some unreached people
are living in locations where no pastor reaches out to tell them what God wants to communicate.

Walking on the path of God gives numerous benefits. First, it brings satisfaction and allows the
followers to receive the enlightenment of God through worship and good deeds. Second, it
improves the entire system of society, spreading peace and happiness. God created this world
with love. He also speaks the message of love, brotherhood, peace, and truthfulness. God’s
teachings teach His followers to remain calm, speak the truth, help others, spread positivity, and
never cheat anyone. If everyone starts walking on the path of God, this world will become a
better place to live. God’s message is not just for pastors and faithful followers. It is for the entire
humankind to communicate the right ways to live a happy and peaceful life. God has set some
defined rules that can bring a positive change in the lives of people and the entire world. God
never commands His people to engage in criminal activities, hurt others, take others’ benefits,
and spread negativity. He communicates the message of love and kindness.

The faithful followers of God never aim to disappoint Him. They aim to engage in all the good
deeds and deliver the message to unreached people. They help others understand God’s teachings
and convert them to Christianity. There are several ways one can spread God’s message. Bible is
the most prominent and influential way to spread awareness about God’s existence, His
teachings, and His love for humankind. So, today’s generation needs the easy-to-read and easy-

to-understand translation of the Bible that speaks the word of God with true essence and
emotions. In order to make it possible, people are willing to translate Bible into simple English
that can be understood by people of all ages, especially the modern generation. One prominent
example of such an individual comes from a passionate God lover and Bible Translator, Brian
W. Simmons.

Brian Simmons is an American Bible translator, minister, author, and itinerant speaker. He was
born on May 28, 1951, in Eureka, Kansas. He is known for serving as a lead translator of The
Passion Translation. Brian has authored numerous books, devotionals, commentaries, and study
materials. Dr. Simmons was not a born Christian, but today he is considered a passionate lover of
God who converted substantially to Christ in 1971 when he was 20.

Brian went to Wagner University, earning his Doctorate of Practical Ministry. During his early
years, Simmons suffered from alcoholism before his conversion to Christ. However, he changed
his ways after accepting Christianity. Dr. Simmons has been married to Candice for over fifty
years. The couple answered the call of God and took the righteous path to spread the word of
God, and they aimed to spread the word of God to unreached people. Ultimately, they became
ministers to engage in the work of God.

They both are known as pioneers in ministry. Brian’s teachings, translations of the Bible, and
numerous books have opened doors to bring the awakening message of God and revival for
many. Brian and Candice Simmons have three children, six grandchildren, and three great-
grandchildren.

After answering the call of God, the couple moved to the jungle of Central America along with
their three children, where they planted various ministries, including a dynamic church in
Connecticut. Brian also established Passion &amp; Fire Ministries, and they traveled as Bible
teachers in local churches worldwide. As an author, Brian Simmons has written numerous books,
devotionals, and Bible studies that deliver the true essence of the word of God. The books
include 365 Daily Devotions, The Image Maker, The Sacred Journey, I Hear His Whisper:
Encounter God’s Heart for You, Prayers on Fire: 365 Days Praying the Psalms, and The
Wilderness: Where Miracles Are Born.

Douglas E. Noll – A Lawyer Who Chose to be a Peacemaker and Consultant Worldwide

The Importance of Brand Messaging and How to Get It Right