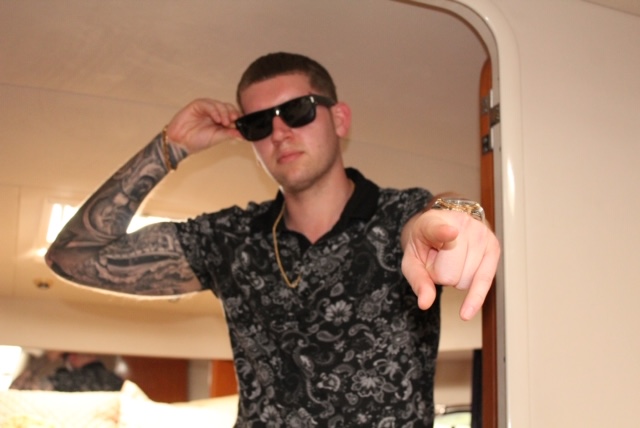 “Hey yo CG!” Three simple words are soon going to leave a lasting imprint on the rap world. This producer tag is going to be growing in popularity in the next upcoming years. Rising producer CG Beats currently works out of Miami, Florida. He has landed some high-profile features throughout the first half of 2020, including credits on tracks with Brooklyn Legend, Uncle Murda, and Stitches. Now, the up-and-coming beat-maker is strengthening his musical resume seemingly every week, and he is looking ahead to even bigger goals and projects in the future.

As anyone facing growing success, CG Beats has had his fair share of obscure obstacles throughout his varied career. There have been tough decisions that the rising producer has had to make. “I sacrificed my 10-year relationship and engagement for my brand and my music career,” CG Beats reflects. It seems the choices that CG Beats has been making are working out in his favor – even if they were difficult for him to make at the time. To go along with the previously mentioned production credits, CG Beats has amassed close to 25,000 followers on Instagram. He is currently executive producing an album for a rising international artist from Chile. While he was not able to share any names on the project, the Florida beat-maker assured that there were a few more “major artist” collaborations soon to be added to his portfolio.

Journey As An Artist

As an aspiring artist, CG Beats began his early career by making iTunes playlists for his friends, which gradually allowed him to diversify his musical interests. From there – with his wide array of musical tastes – he began DJing wherever he could in Florida. These gigs opened up new doors for the young producer, and he began creating, advertising, and selling his own beats. These actions have contributed to his massive success today.

The most impressive part of CG Beats’ success has been that he has reached his milestones all while working as a completely independent artist. Working independently has allowed CG Beats to make the work that he wants with the artists that he wants to. Most importantly, he is able to share his message with his listeners. He encourages his audience to follow their dreams and never give up on what is to come. “I want people to feel my passion and message after listening to my music.”