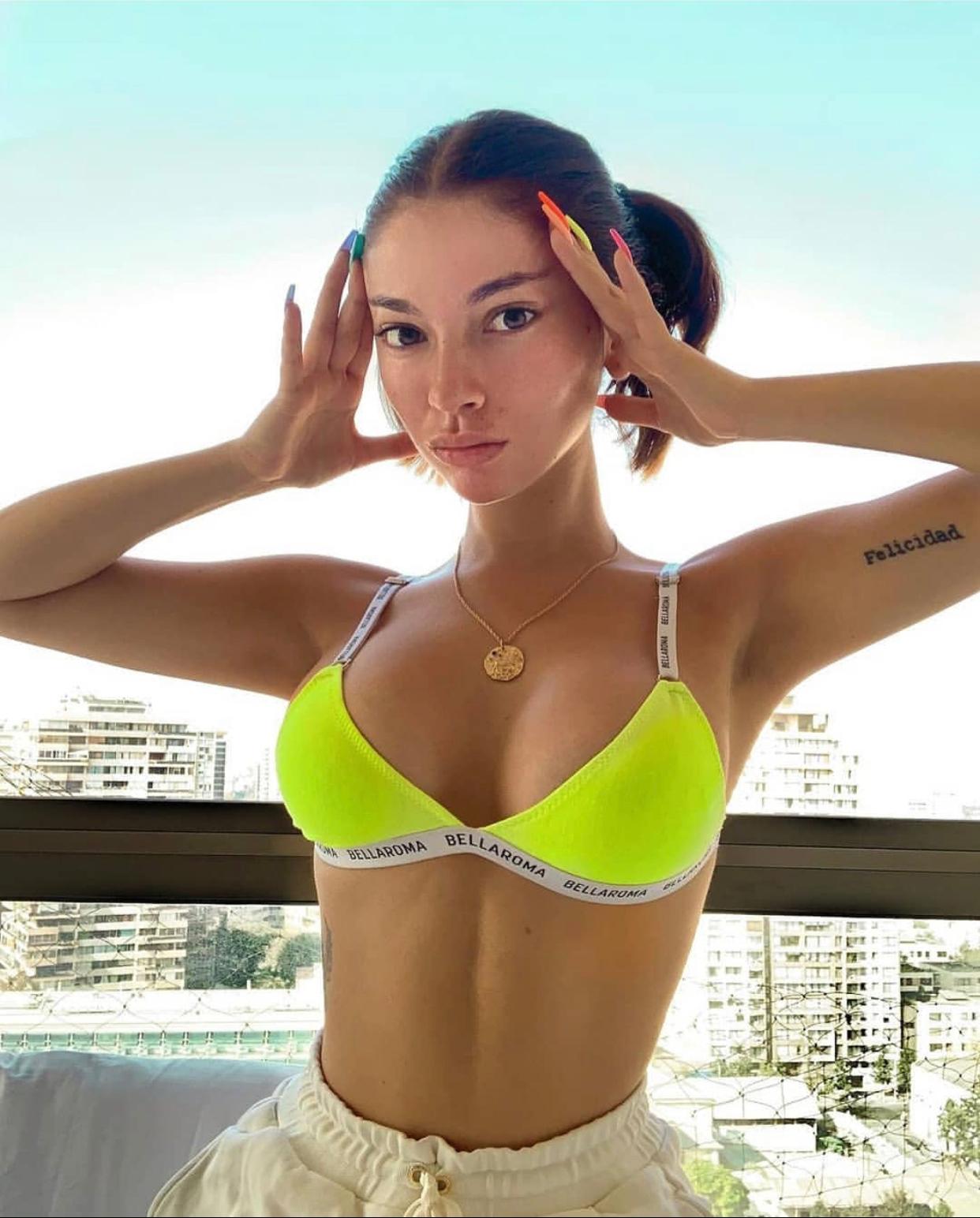 Chilean designer Valencia Valentina is a 23-year-old rising star, set to take on the world with her self-funded brand Aquaboho.

“Rise above oneself and grasp the world,” said Archimedes in 288-212 BC. Centuries later, we see these great words lived in the flesh by a rising, soon to be international, star – Valentina Valencia. This quiet, humble, and unassuming woman has achieved a degree of success at the astoundingly young age of 23 that only a small percentage of people can match.

From humble beginnings to meteoric heights

Valencia Valentina has risen from very humble beginnings, self-funding her way through design education, around the world, and back again to Chile. This fantastic journey was financed by the success of her fashion and accessories under her brand name Aquaboho.

No online store, no offline store, merely an initial Facebook page, and then an exploding Instagram page with 140k followers currently.

This unassuming supernova is pushing out 2,000 units per month. It shows that if your product is good, it sells itself. The Chilean women love this product, so it is walking itself out the door.

Rise Of The Dark Horse

Valentina was born into an economically challenged household in Iquique, a coastal desert climate, a port city in the North of Chile. Valentina was not satisfied with her lot. She dreamt of being a fashion designer but thought it was improper for someone of her station to consider such a frivolous career.  In addition to this, she couldn’t believe wealthy people would find her non-international style attractive.

When you’re driven, however, it’s impossible to go through life passive. At 16 years old, Valentina started making designer bracelets at home, from whatever she could get her hands on. Her business grew, as did her following of clients.

This built her belief in her dream. She packed up and left home; in fact, she left the city completely. She started waitressing, working as hard as she could, and saved fiercely. She took herself to a Studio of Fashion in Buenos Aires for three years. All self-funded, no papa with a checkbook as thick as his parental guilt.

Brilliant, well done, you say. That, however, was not enough for this powerhouse of a woman. With the money she made from her growing Aquaboho brand, she took herself to New York for three months. This movie-quality story continues – New York was ticked off and then off to Europe.

The path to self-improvement

These were not holidays; these were business trips for design and trend assessment – at a time when most young adults are dodging university lectures because they are hungover, while their parents foot the bill. Why these trips? Her answer is powerful in its simplicity: “I wanted to improve myself.”

After her time overseas, she returned to Chile about two years ago, settling in a new city, Santiago, completely alone. No network, no friends, no business base. This is no challenge for this superhero as she literally sees challenges as opportunities, something so few of us have the strength to do.

Grasping The World With Style, Passion, And Energy

So how did this dynamo finance the starting of her business? Simply, of course.

Firstly, she saved all her income from the business she grew from selling her homemade designer bracelets. Then she waitressed, and there was a constant growing income from her fashion sales. She is the first to admit that she worked hard, very hard, and continues to do so. She has self-financed everything, no venture capital nor private equity, no old family money to fall back on. She is continuously working, driving her brand.

Her goal is an international brand. ‘Goal’ is perhaps not an appropriate word. We should say, “Next step.” This young woman is unstoppable. Super humble, gracious, and an absolute pioneer. Do we have another Leonardo Del Vecchio in our midst? His company name is Luxxotica, and he owns Sunglass Hut, Lenscrafters, Ray-Ban, and Oakley.

Mr. Del Vecchio was born into an impoverished family in Italy, to a widow as his father died a few months before he was born. Unable to feed him, his mother surrendered him to an orphanage. As a teenager, he apprenticed as a metalworker but felt he could do better, so he started his own company. This same drive is what we believe we see in Ms. Valentina Valencia. Grace, style, and a dash of global domination.

We asked Valentia what the biggest challenges for her have been. “People,” she says. “As I grew my business, I was faced with jealousy from some people in my home city who posted terrible comments about me personally and my products online.”

This has surprised and saddened her as she believes she has not changed as a person and still holds her original values close to her heart. She did not expect backlash for having achieved such great success so quickly. Celebrities worldwide will be nodding knowingly reading this statement.

With the expansion she is planning into the United States of America, her business model is: she wants to go to New York in September 2020, she will look for influences, look for a collaborator, design, and launch her new line. It sounds so impossible, but when she describes it, it sounds like someone casually planning a creative weekend away.

In Chile, her production is done by two different studio workshops. In 2019, she was manufacturing in China, but COVID stopped that, and there has been a positive outcome as her clients appreciated local manufacturing. Fast fashion is on the way out, and slow fashion is growing.

She intends to keep manufacturing in Chile for her American lines as she believes in supporting the Chilean economy. She believes that the market’s opinion of where products are being manufactured has been sensitized so the big brands will feel the impact.

Valentina’s view is that it is a good time for smaller brands to start taking market share. This product awareness is the maturation of the consumer that companies have been “warned” about. 2020 has seen many stale companies being relegated to the bin.

When A Designer Loves The Feminine Woman

When asked what her inspiration is, Valentina goes quiet as ponders this and then delivers an entirely practical answer. She watches the big brands. She watches society and then designs her version of the trends or market demands.

Valentina describes her brand simply: “It’s very inclusive. It serves the everyday woman; it is not designed for supermodels. It is for a woman who is an individual; a woman who cares about uniqueness and is not a slave to trends.”

Aquaboho is still only six years old. That is a whirlwind business model.

Her designs are very sexy. In this highly feminist era, she is producing very sexy, sensual, colorful clothes, and women who wear them feel empowered. In Chile, clothing for women is very conservative. If a woman dresses in a sexy way, then she is considered vulgar and is potentially labeled a prostitute.

Her brand Aquaboho is a push back against that, telling women they have a right to love their shape and love their femininity. It means women can be successful businesswomen and be a successful feminine woman. Aquaboho fashion tells a woman that her worth is not linked to the opinion thrown at her by society, but by the value she places in sensual self.

Valentina’s advice to young girls who want to start their own business is to follow your passion as this will give you endless energy. That powerful energy is a necessary asset to face the inevitable challenges from clients, suppliers, and jealous peers.

Related Topics:Valencia Valentina
Up Next

How One Publicist Is Disrupting The Public Relations Industry!