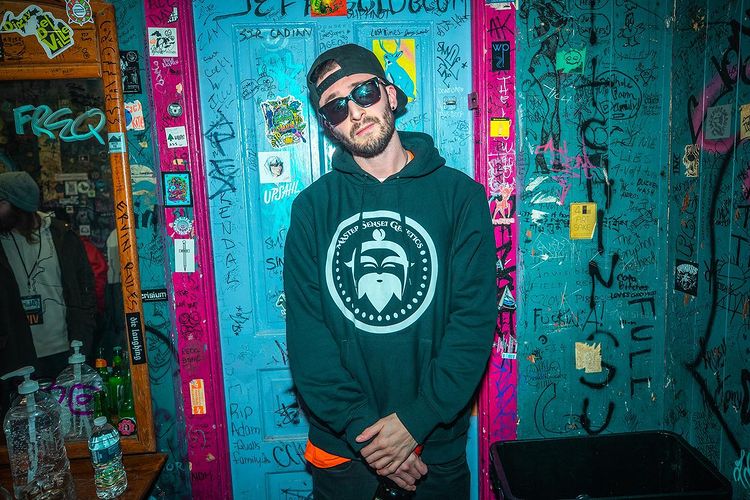 Chris Webby is an independent rapper from Connecticut. He has achieved viral success ever since he was kicked out of Hofstra University in Long Island and quit his 9–5 to fully dedicate himself to rapping. Webby rose to fame in 2010 when his mixtape, “Best of the Burbs,” crashed DatPiff’s servers, and he has steadily released chart-breaking music ever since then.

Webby’s new single, “We Up,” is a hard-hitter featuring a beast of a verse from the late great DMX. JP On Da Track, of Webby’s EightyHD project, and Nox Beatz joined forces to produce the track which features an orchestral priming reminiscent of some of the classic beats DMX destroyed throughout the course of his career.

The release of “We Up” comes just one week after Chris’ last single, “Ex-Men,” featuring Torey Lanez. On “We Up,” the versatility jumps out as Chris delivers a laid-back, fine-tuned flex over a modern R&B masterpiece once again produced by the team of Nox Beatz and JP On Da Track. It is the second of a series of weekly songs Chris has delivered each Wednesday since 11/24, each building up to the release of his forthcoming album.

“Go,” featuring ANoyd and Jitta On the Track, is the debut single from the piece-by-piece album rollout colloquially known as #WebbyWednesday. “Go” keeps the energy up from start to finish, showing off Webby’s lyrical prowess and supreme confidence in the booth. Produced by JP On Da Track and Evan Jacobson, the song is the type of Latin and EDM/Hip Hop blend that prepares you to go and f*ck the club up.

With a plethora of new music highlighting his versatility as an artist, Chris Webby is showing the world the type of person he truly is without even intending to flex. It is now just one month since the end of his nationwide tour with fellow emcees Dizzy Wright and Ekoh, and Webby is already back releasing music (and merch) at lightning speed, continuing the work ethic he has demonstrated since the start of his career and end of his college experience.

With some dope collaborations going for Webby especially including his work with the forever beloved DMX, it’s easy to imagine that Chris’ brand new album is going to exceed expectations, and it’s cool to get a new song each Wednesday until that day comes. To keep with #WebbyWednesday, follow Chris Webby on

DJ Tygga Ty is Taking his Share of the Music Industry

Michael serves a single mission. To help educate people through self-management throughout their careers.