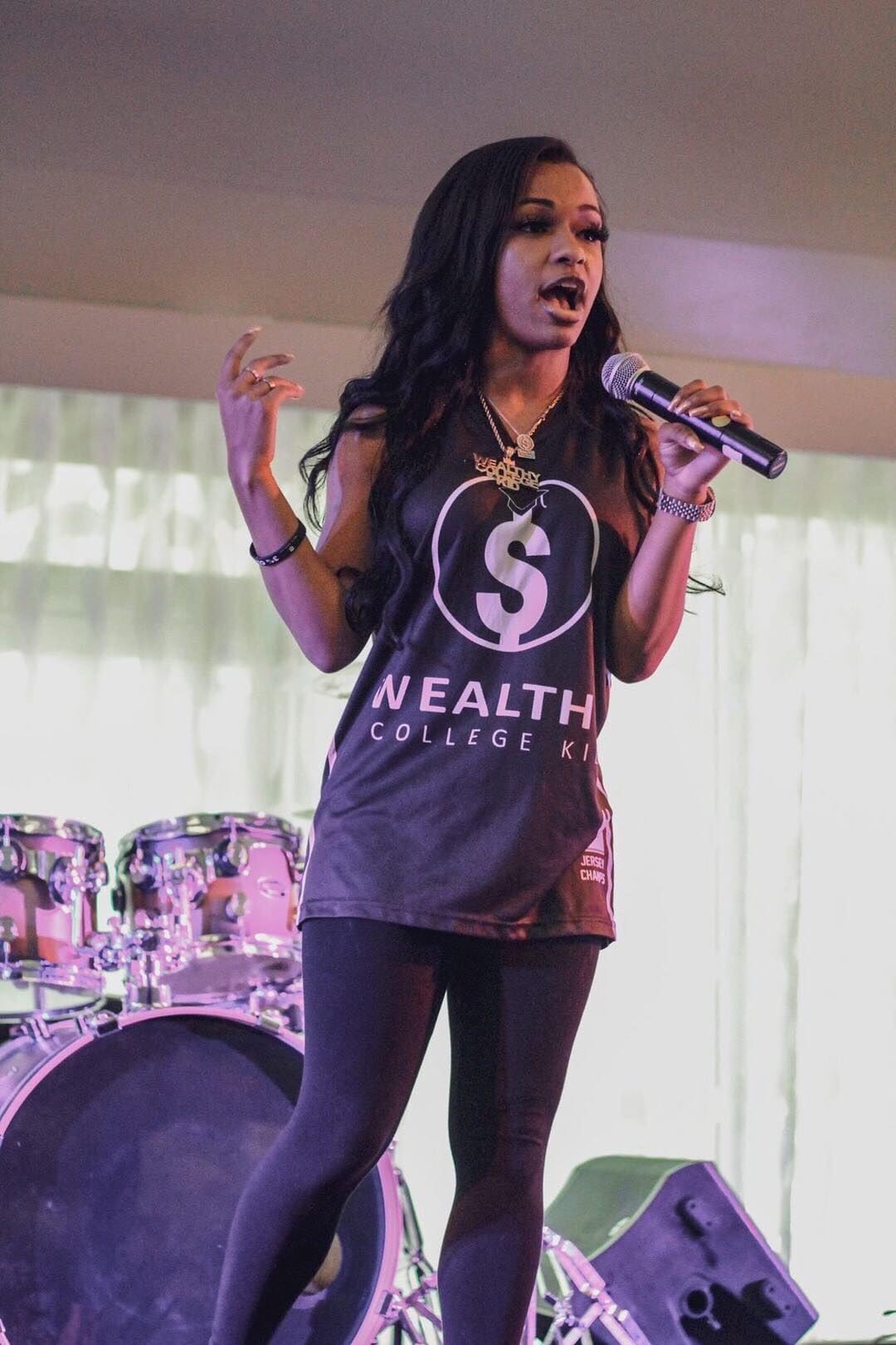 You hardly meet people like Christianna, the owner of Wealthycollegekid. You might find it hard to believe that she is only 24. The moment you hear about her, you immediately wonder how a student would become a millionaire at such an age. Is it a twist of fate that she is a millionaire or did she work for it? You get the answers to such questions when you speak to her for a few minutes. Christianna, a young, charismatic girl, has a lot to share.

She has beaten all the norms of young college students who believe that being broke is part of life. At her age, she has built a Digital Educational Brand, which has made her gross a total of over $2 Million within two years. How could a girl in her early twenties make a 7-figure income? In an interview, I learned that there are specific tactics that she employed to experience the massive growth in her online business.

Christianna tells me her story, and at one point, I sit wondering whether I am speaking to a girl who once planned to be a dentist before the sudden turn of events. She explains how she first worked in a sports bar before she was fired. Having no source of money, she partnered with an online marketer who mentored her into network marketing. By the first month, Hurt had generated over $256,000. She started with e-commerce in Shopify and later expanded her business.

Just as she was mentored, Christianna has, in turn, mentored many people. She recalls a client she mentored, and he is now on his business has generated a 7-figure income. Apart from that one, she has mentored more than a thousand other people. This quality has made her get outstanding feedback from them. She believes that by helping others, she also gets to master whatever she is doing, thus becoming a guru in it.

It is a normal thing to be broke in college. Students entirely depend on their parents for money. You rarely find independent financial students. It is at the college where you see students applying for loans and spending hours on the internet searching for scholarships. However, this was a paradigm shift for Christianna Hurt. While others waste time on the internet chatting and doing other stuff, she was busy making good money. When I say good, I mean, good.

At her age, you cannot imagine the empire she is building. How about when she is 30? Won’t she be among the top entrepreneurs in the world? Only time will tell. However, we know the current situation. She has excellent command in online marketing. You would be tempted to think that she has taken more than ten years to get such a big audience. I was shocked knowing that she was now in her third year in business.

Rising Above the Tides

All odds were against Christianna, but she proved to be a strong woman. Spending her early years in Lake Mary, Florida, she went to Seminole High School where she graduated. It was at this place that she saw how people struggle to join the school and to stay in school due to lack of fees. She was concerned about changing the situation there. She has since then focused on giving people both old and young financial information. She highlights that seeing people change their lives and succeed has not only made her happy but also inspired her to it even more. That’s the main reason she started Wealthycollegekid.

A smart mind is always intelligent. Christianna has an entrepreneurial gene in her. She has plugged into other businesses like becoming an affiliate for a Motor Club of America. She admits that her journey was full of mistakes that made her learn and sharpened her.

Christianna agrees that if you have an internet connection and a laptop, then you may be one ad away from your six-figure. You need to have the right resources. The best remedy is having appropriate information like the one she offers in her coaching. She is eager to make her clients triumph and change their mindsets. ‘You miss every shot you don’t take.’ Christianna concludes.

Related Topics:Christianna Hurt
Up Next

From Military Soldier to Thriving Entrepreneur; This is Moran Pober

How Justin Aldridge Turned His Struggles Into His Passion