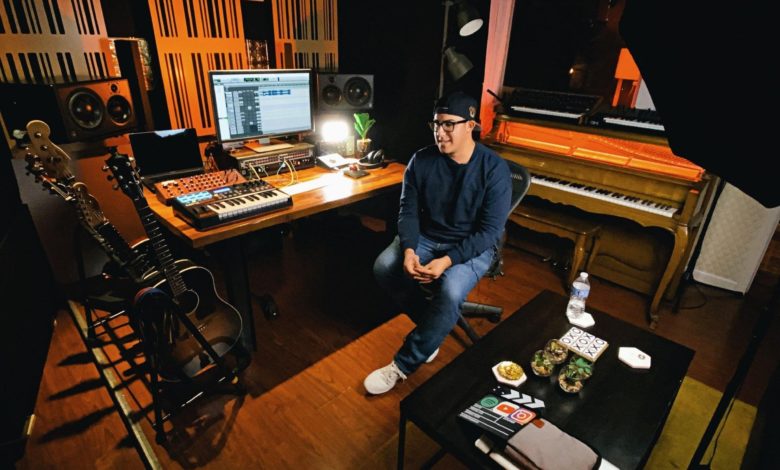 Today, there are several artists in every nook and corner of the world. This is probably because of increased exposure to non-scholastic areas. People are slowly realising the potential a career in music or any art form has. This has also led to the creation of a saturated entertainment industry. There exist many skilled individuals who are waiting for the right opportunity to help them shine. Since the competition gets tougher with every passing moment, these artists try to master as many skills possible so that their efficiency rises.

Adrian Jauregui is one such artist who is immensely talented and has expertise in multiple fields such as singing, song writing, and producing. He hails from Los Angeles, California and is currently based in Oakland, CA. He has been interested in the music industry for fifteen years and has constantly made attempts to improve himself. Initially, he started off being a percussionist which is evident from the kind of music he makes. His understanding of beats and drops is not something every artist has. His songs have deep emotions which are expressed through the pattern of his lyrics. Adrian’s concerns are not only the tunes he gives but also the strong words he thoughtfully writes in order to make an impact on the listener’s mind. His versatility is what makes him unique. He knows the content that his audience expects from him and he outshines himself with every release. His songs are varied across different genres, leaving a mark in every playlist. But achieving this success was not at all easy for him. When asked about it, he said that he had to wait for eight months for an official Spotify release and over a year for the media to talk about him. Every new artist looks up to a number of established ones to learn non-theoretical knowledge that is required in these art industries. Adrian has been greatly inspired by artists like LAUV, Linkin Park and Justin Bieber.

Adrian is not only a musician but also an entrepreneur. His company Voyage Music Group is an enterprise that he built to support other rising singers. He wants to provide them with the access and exposure that is generally not given to amateur artists. He provides services like songwriting, sound design, vocal services, marketing & promotion, and artist development. He believes that if one has the potential to achieve fame and entertain the mass, then the individual should not be left out simply because he does not have the required resources.

Adrian Jauregui’s music can be heard via NBC, the Netflix series Good Girls, and Disney. Some of his signed labels are Audiosocket, Sync Record, and Aesthetic Music. His songs are also available on prominent music streaming platforms like Spotify, YouTube Music, Apple Music, and SoundCloud.

THE RISE OF WELLNESS IN TRAVEL WITH MAIKEN ARIANA