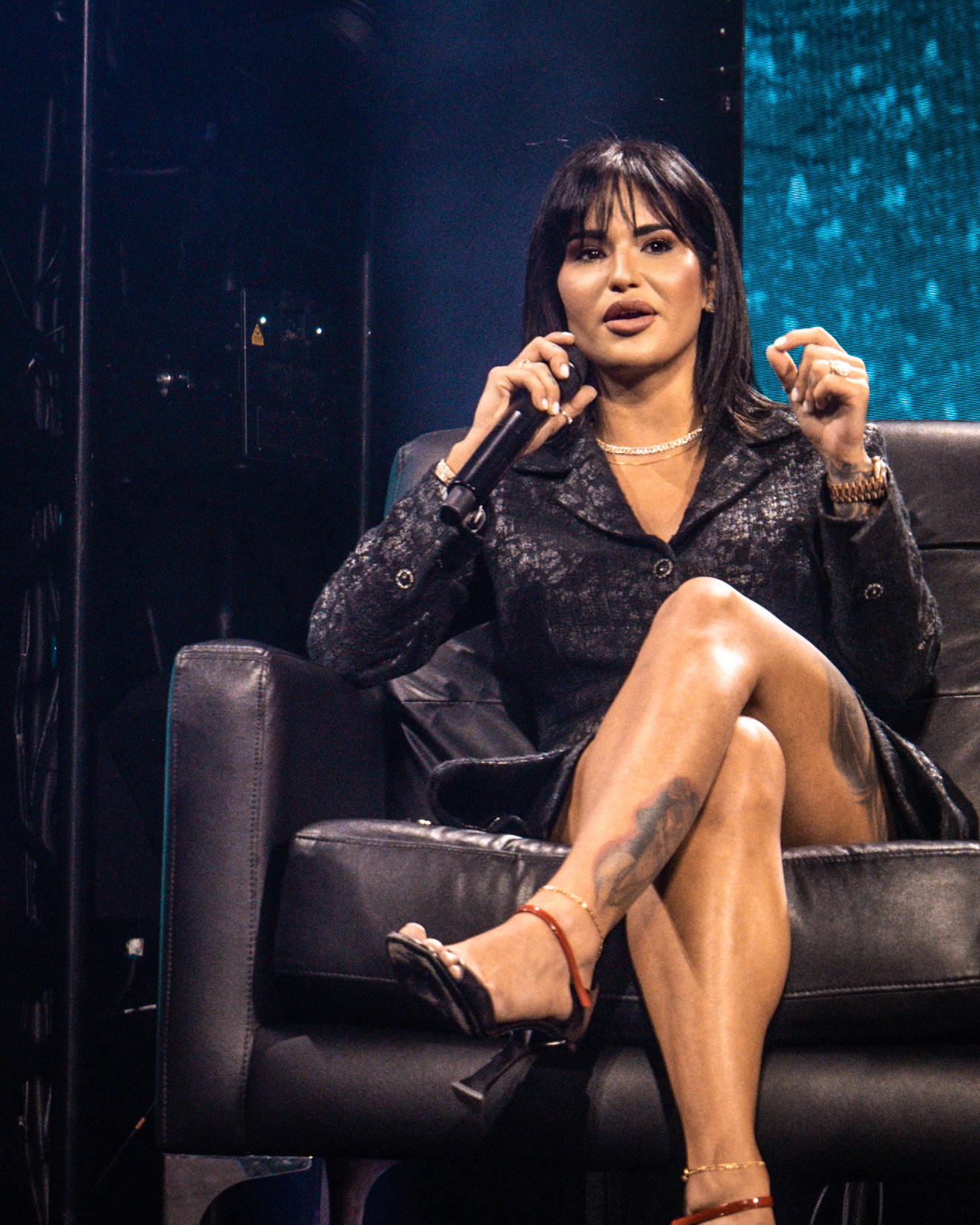 “Money doesn’t make you happy”—the age-old saying. Corina Curatola can understand it fully. She came from a family that struggled financially, but she soon found herself marrying a self-made millionaire. The newlyweds have been together for 4 years now and are both hard working individuals, but when Curatola found herself having to choose between housewife and career, she had to choose the latter.

Corina Curatola found herself depressed after getting married. While she was making up for lost time with her daughter from the years she was working and just barely getting by, she felt something was lacking. She was a bartender for 9 years and She missed her bartending days when she was able to interact with people. People felt at ease around Curatola, and she loved that.

So, after 8 months being married, and asking herself, “What do I bring to the table?” “Am I going to be a SAHM for ever?” And boom, ask and you shall receive—network marketing showed up at her door.

Corina Curatola’s love for people and service plays a big role in her success in business. She’s not in it for the money—although through her personal development and growth in her business—she has been able to provide for her parents and other family members in her home country, where she was born. She’s in network marketing because as she says, “I am here to add value every single day to someone else’s life, theres a lot of things I wish I knew and theres no better way I can think of spending my days than sharing this information, knowing how it shaped my life.” She’s in business because as she says “ she will walk on dirt, so her mentees can walk on marble.

Corina Curatola runs a multilevel marketing business that focuses on digital entrepreneurship. She’s helping the thousands of people who join her company how to become self-sufficient investors, even if you’re someone with no prior experience—one of the greatest gifts a person can get. People who join her  learn about investments, personal development and everything in between. When people are successful in the business, they can move on to do what they want in life, like spend more time with family and friends. That’s the very thing Curatola strives for. She says “ We as people need to buy our time back, through learned skill sets.

Corina Curatola didn’t grow up in the states, but abruptly moved to America when she was just seven years old. Her family didn’t have extra money for leisure, but just enough to put food on the table. She picked up English quickly and got a scholarship for college. In the meantime, Curatola picked up a bartending job and climbed her way up to being head bartender, to later on cultivating a few Miami restaurant menus. It was always clear from back then that she would do big things.  She hasn’t stopped—even with the ability to have a supportive partner.

Corina Curatola’s drive comes from her love of people. She also wants her daughter to be proud of her. She didn’t want to follow in her mother’s and her grandmother’s footsteps by having to depend on her husband. Curatola says, “I want a better world for my daughter to grow in. In order to do that, collaboration is the most effective, lucrative, and fulfilling way to do so, and it all begins with me.”

Corina Curatola has big plans. She’s working on a couple business ventures like starting a luxury streetwear clothing line to donate a portion of the profits to non-profits; she’s also working on creating a business with a focus on helping anyone create easily sustainable habits. She is currently working towards building the largest organization of women traders/investors of this new decade. And it’s all in the name of growth and happiness for others.

How MetaBeauts NFT Immerses Hockey Fans and Brands into the Metaverse