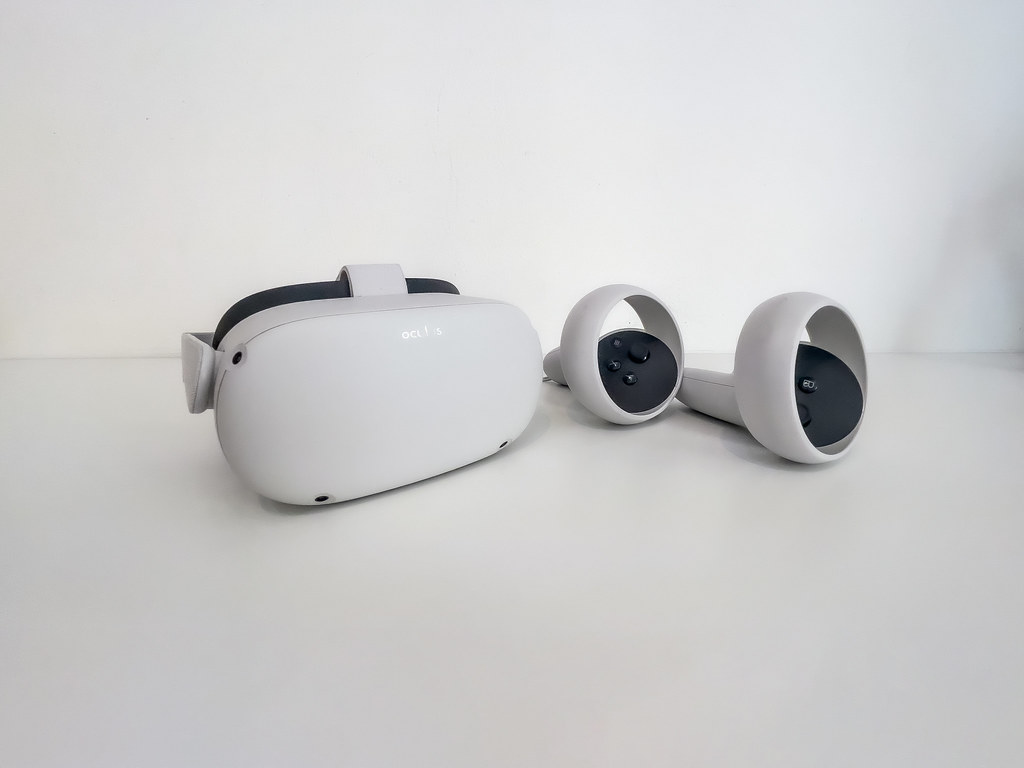 Ever since the release of the first iPhone in 2007, Apple has been one of the most influential and revolutionary forces in the world of consumer digital hardware. With its smartphones, tablets, laptops, desktops, and workstations, the company has made great strides in blending quality, usability, and appeal. Though the company rarely does anything truly new, its ability to capitalize on trends is second to none. But, however far they’ve come, Apple is fundamentally lacking in the VR space. Rumors state this might no longer be the case, with a fabled mainstream device launch from the brand supposedly not far around the corner. Most likely to see use in the space of video games and streamlined web-based entertainment applications, there’s considerable potential to unlock for Apple if it can follow through.

Having been in the mainstream since the mid-2010s, software involvement in the VR landscape has developed far beyond the expected fayre. As an example, web industries like digital casinos operate outside of the conventional scope of VR, yet they’re beginning to make a move to adopt these new technologies. This is best illustrated by online blackjack, which used to operate by only offering software interpretations. By leveraging developing streaming technology, modern online casinos now offer live titles like Fiver and Plus Blackjack alongside more traditional options. Titles like these would make easy translations onto VR systems, as the market expands and headset systems approach ubiquity.

In terms of the software already here, game involvement with headsets in VR has been a mixed bag. In most cases, the games have revolved around ported titles initially released on desktops and consoles. VR compatibility then works within the bounds of the game’s systems to generate an experience more involving than what is possible with standard screens. Depending on the title, this can improve the game, or it can make it problematic.

Caption: VR in games like No Man’s Sky works best from a stationary position

The big limitation of VR in many games comes from the nausea-inducing effect of movement, called simulation sickness. In games like Fallout 4’s VR version, this is solved by allowing the player to teleport short distances, rather than requiring them to walk around. While this solution can be effective, it can also disconnect the player from the immersion VR presents. More useful implementations occur in games like No Man’s Sky. While piloting a ship in this game’s VR, the disconcerting subtle movements from walking are reduced, mitigating the problem but not eliminating it entirely.

As for Apple, it’s safe to assume that company has been watching the industry closely since the 2012 Kickstarter and 2016 release of the Oculus Rift. Though a popular system that reached millions of sales, this first big name was still effectively testing the waters. This meant the display was small and slow, it was unwieldy, and its capabilities were limited as all first-gen devices tend to be.

Six years later, Apple has had its time to weigh the success of Oculus and different systems, and decide on which path they want the device to take. Without stated specs, we can only guess at what the system will offer and what it could do, but there is precedent to draw from.

Caption: Apple products like tablets and smartphones tend to come at a premium

As a company, Apple focuses on premium releases, especially with newer technologies. This means that the Apple VR headset will likely be a more expensive model, with high standards for its field of view and refresh rate. We can also be sure that whatever it develops will offer an appearance far sleeker than most other devices, at the probable cost of reparability.

For software experiences, that’s a more difficult question to answer. A big part of the market for VR is gaming, and Apple can struggle on this front in some instances, but not all. Falling back to the online casino example, this is an area where the headset will probably excel. Titles like the slot game Gonzo’s Quest VR rely on HTML access, which works just as well on iOS as on any other operating system. Simple uses along these lines shouldn’t present a problem, but they’re just one small portion of the interactive VR market.

Less promising are straight video games, which aren’t well supported on Apple devices. Most likely, Apple’s new headset won’t play well with consoles, meaning the gaming experience will be limited to desktops and laptops. Many major games aren’t released on iOS, however, and those that are tend to perform worse than their Windows counterparts. Even big new releases like Elden Ring and Dying Light 2 don’t receive iOS versions, and this is true for many VR games too.

The question is, will Apple, with its notoriously strict ecosystem, allow its headset to work on Windows and/or Linux systems? While it would seem the smart choice to maximize market penetration, it’s not an outcome that could be safely bet on.

A Future of VR

Looking into the future, VR will inevitably continue to expand its horizons with new opportunities. Despite having made such great strides, there have been no killer apps that make headset-type devices must-haves for consumers. As the systems become more capable and better accepted, this is likely to change.

The first way future VR could see an effective rollout is through general uses, such as browsing and viewing online pages and entertainment, offering customizable ways to engage these options. Watching YouTube on VR wouldn’t just work with 360-degree videos, it could also create a digital environment like a virtual movie theater so you could share the experience with friends or strangers.

For more interactive experiences, websites that offer games like board games or, again, online casinos, could be tied into personalized rooms that fake play environments. This could be as simple as a virtual living room, or as complicated as a digital bingo parlor filled with the avatars of the other involved players.

Along the current trajectory, we would also expect better graphics and more users for both single and multiplayer experiences. A few decades down the track, this technology could also pave the way for more full-sensory experiences as demonstrated in science fiction media like Ghost in the Shell and the Matrix.

Though virtual reality headsets like what Apple is rumored to release will eventually become much more widespread, their fundamental issues could prevent them from usurping more traditional systems. Simulation sickness, eyestrain, and transportation issues might not be solvable for many users, making VR devices more alternatives than outright replacements. Still, this part of the market represents potential that’s only just begun to be explored, where the 2020s could be the era that VR finally finds its feet.

Terrance Daniel on “GRINDING IT OUT”