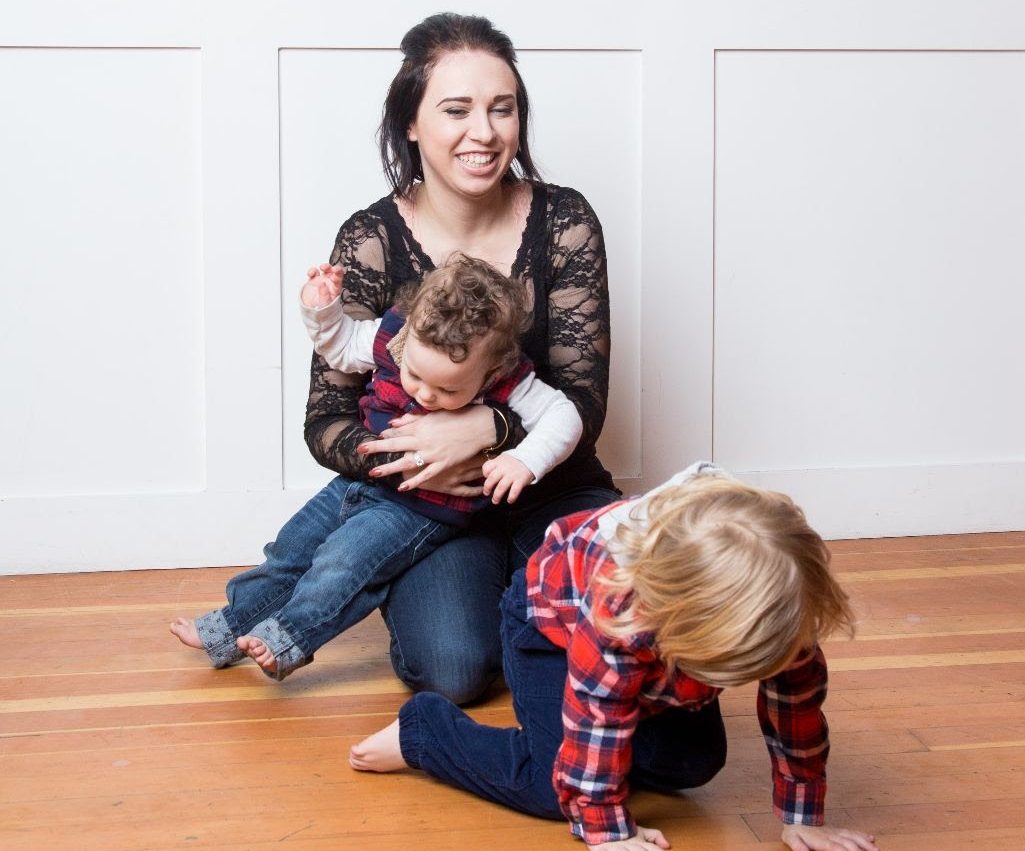 “When people want it and are ready for it, they’ll go get it. When they aren’t, they’ll watch others do it.” — Junior Anthony

Truer words have never been spoken, and they definitely apply to the “Mommy Shark” of the LiveSotori family. Britt Webb was an everyday hairstylist and makeup artist who had a 16-year career in hair and makeup artistry.

But that was before she went on the journey toward financial independence from the comfort of her own home. To do justice to such an amazing and transformative story arc, we need to start at the beginning.

Britt had been styling hair for 16 years. She loves all things beauty, from hair to makeup, and it’s something that she has been passionate about for as long as she can remember. Due to her profound love for cosmetics, she decided to start her own cosmetics company.

One might imagine that Britt would do well: the business was centered around her passion and set up in a space that she had more than a decade of experience in. With hope in her heart, she built the store.

Of course, Britt knew that learning was at the center of all startup success stories. The next thing she did was take a dropshipping course targeted toward the women of Shopify. The course was on sale for $500 despite a retail price of $2,000, so it seemed like a steal.

It did what it said it would, no more and no less. It helped her get a robust digital storefront for her product line. Britt attempted a few methods to boost her sales, as most mompreneurs do with their young business.

She implemented an Instagram chatbot to automate certain customer interactions, ran limited-time discounts from time to time, and even enlisted the help of a few influencers to get her name out there which yielded decent results but wasn’t the breakthrough Britt needed.

One year after starting the cosmetic company, British Vogue reached out to her after finding her Instagram page. They liked her social media presence and wanted to feature her on Vogue. This opportunity was exciting to Britt but equally shocking.

Her brand was still small and had only made around $2,000 in revenue at that point. She paid a great deal of money for the feature, but it was worth it to her. The “As seen in Vogue” tagline was incredibly valuable in her industry.

Things were going well for Britt’s online business. She felt that she was doing things right because she was getting decent results — or at least she was until a certain pandemic came around and pulled the rug from under the world.

The lab in New York that was supplying all her cosmetics had to halt operations due to the lockdown measures put into effect. This meant that she couldn’t develop new products or even restock existing ones when they sold out.

Her dropshipping income was also stopped in its tracks. Most of the products were sourced from Chinese factories, which were also shut down due to COVID-19. With both New York and China frozen in place, all Britt had left was the stock in her garage.

But, that wasn’t nearly enough.  didn’t know how long the situation would last, and couldn’t depend on her limited stock to see her through the pandemic. Income from her salon wasn’t an option either; the state closed all non-essential business for six weeks. And to make matters worse, she only got one week in unemployment pay instead of six weeks.

The final straw was getting into a crash that totaled her car and broke her wrist. Even when the government finally allowed salons to reopen, she was physically unable to resume work – the wrist is an essential body part for both hairstylists and makeup artists, and she was incapable of using hers.

“I had no income, no business revenue, no car, a broken wrist, and two kids homeschooling, all amidst one of the worst pandemics humanity has ever seen.” — Britt Webb

Bouncing back in the toughest of times

Britt knew that she didn’t have the luxury of time, since bills pause for no one. If she waited for the supply chain to resume operations, for her wrist to heal, or for things to work themselves out on their own, she’d just end up drowning in debt.

That being the case, finding another online income stream seemed like the next logical step. Britt started taking courses on online marketing. Each course cost a few hundred dollars but none of them worked.

She took a chance on an introductory marketing course, but it didn’t provide anything of value. And as time went on, Britt was running out of options. She came across no end of cash-grab courses at extortionate prices but wanted no part in someone else’s get-rich-quick scheme. That’s when she met Junior.

When Britt first met Junior, all she wanted to do was hone her marketing skills so she could sell the products that she already had. After all, she needed to be a strong marketer to sell makeup to a mask-wearing populace that was stuck at home most of the time.

The sheer positivity of everyone at LiveSotori creeped her out at first. While the happiness was off-putting and took some getting used to, Britt could see that Junior was a normal person with genuine intentions.

“You could hear in his voice that he wanted to help people,” she said.

he needed to find work fast before bills caught up with her, so Britt went for it. She started out with the introductory video material — which in itself already taught her more than all the other courses she’d taken — before moving onto the workshop.

The next day after the workshop, she made her first sale. Two days later, she made $600 just by working with the LiveSotori family in between salon clients. That was a week’s worth of salon money in less than a day of online work.

It was at this point that Britt saw potential, and realized just how fast things could work out for her if she continued with LiveSotori.

When most people find a career that pays double, triple, or quadruple, it’s not surprising to see them quit their current line of work. That’s not the case for Britt, though. She still takes clients, simply because she loves it.

After spending 16 years building up the business, there was no way that she’d abandon the relationships with her clients. The difference is that it’s now a choice rather than a necessity. In fact, for Britt, it no longer feels like a job and has become more of a hangout spot.

She can finally chit-chat with coworkers and customers during the workday without feeling the constant pressure to be productive or face the consequences. That’s what financial freedom does: It keeps interests fun instead of making them a monetary grind.

One of the biggest realizations that Britt had is that there’s so much that we don’t know. And most of the time, we don’t know how much we don’t know. She thought that she had a firm grip on her cosmetics business because she was successfully marketing it and generating revenue.

However, it wasn’t a pandemic-proof product. When times got tough, it failed to sustain her when she needed it most. COVID-19 shutting down the lab and her Chinese suppliers may have been out of her control, but it was for the best. It showed her what she was doing wrong, and what she was capable of going forward.

“I would spend hours on videos, blogs, tips, guides, etc., but then he says it so simply and it just clicks. I don’t know how he does that.” — Britt

LiveSotori is often referred to as a family because that’s exactly what the members are to each other. That said, “Mommy Shark” Britt takes things to the next level. She and her husband, Chad, work at their dining table, which leads to interesting moments.

Her kids will often peek at her screen during conferences. They often tell her that they want to join the Zoom calls so they can make money, too. The kids aren’t the only members of the Shark family that want to get into LiveSotori, though.

Britt’s husband Chad has also joined the LiveSotori family after seeing the massive success that his wife has had with it. It all started when he suffered a devastating workplace injury, with a looming possibility that he wouldn’t be able to go back to work.

Chad worked for a beverage company and got injured while lifting cases. The incident came out of nowhere for the couple.

“He injured his neck and spine and thus had to go through physical therapy, as well as get regular neck injections. He wasn’t able to go to work or lift anything above heavier than 15 pounds.” — Britt

The injury put him out of action. Not wanting to rely solely on workers’ compensation, Chad decided to join his wife in her LiveSotori journey, turning it into a husband-and-wife endeavor. The two even have a friendly competition on who can earn more.

As the saying goes, two is better than one.

Britt’s life is an inspiring story of passion, growth, endurance, and adaptability. Doing what you love is amazing, but sometimes, interest and even experience in a field aren’t enough to reach all your goals.

You need mentorship to facilitate a rapid pace of learning, teamwork to make tasks easier to bear, and above all, a community that will support you in times when you’re not sure if you can keep going. All this leads to true freedom and a liberated lifestyle.

“What we’re doing is more than just making money. The greatest thing isn’t just the money but also that people can move to Bali if they want to and not have to worry about their finances. It lets them live the life that they want.” — Junior Anthony

Related Topics:BusinessInspirationwomen who disrupt
Up Next