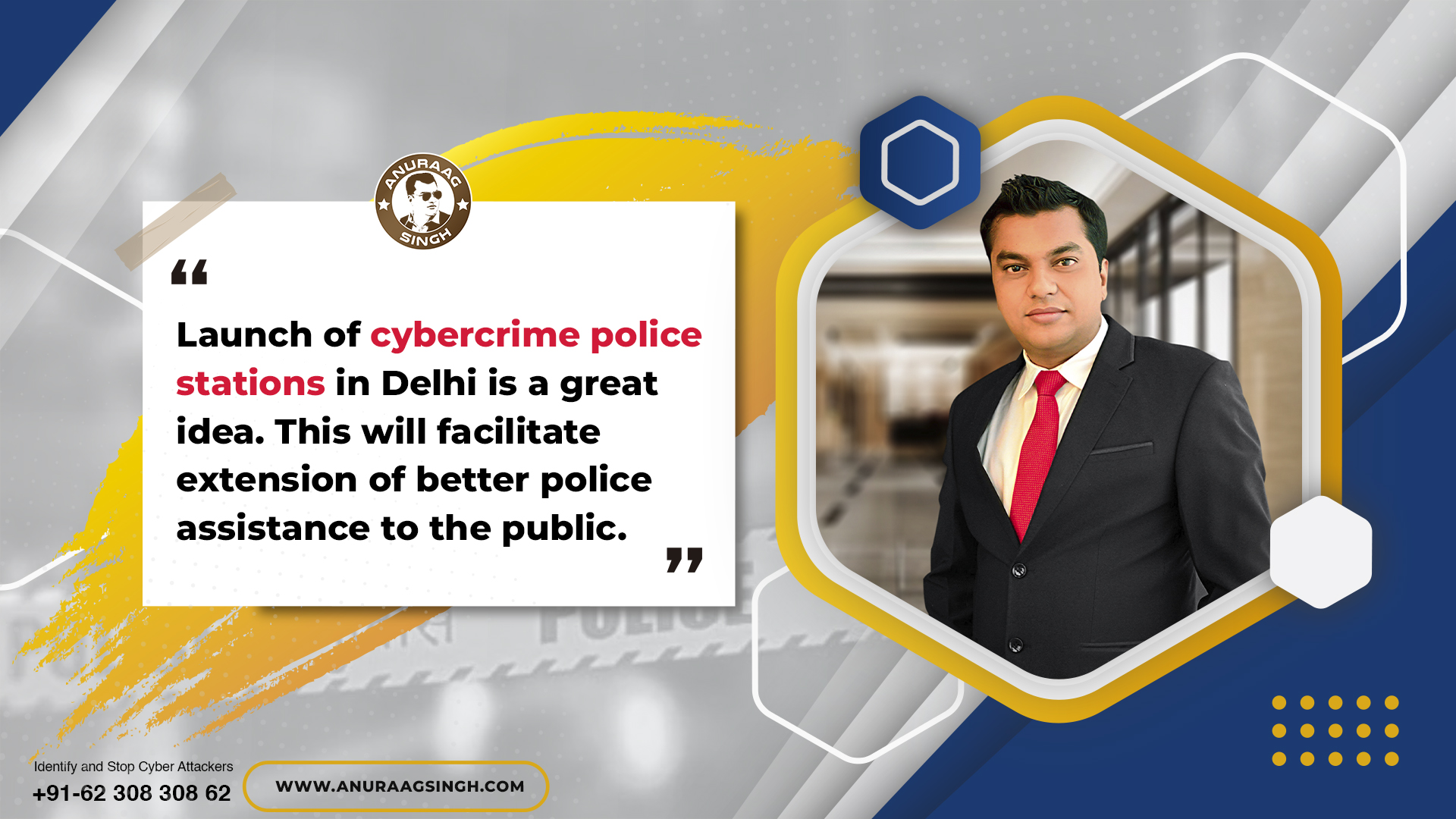 The covid-19 crisis has turned out to be a gold mine for cybercriminals. Along with people, cybercriminals have also moved to the digital platform, leading to an alarming increase in the number of cybercrime cases. From 2000, the cases have increased to 4500 in just one month! To tackle such a concerning situation, traditional policing won’t suffice,  instead, something dedicated specifically to such offences, such as cybercrime police stations, is the need of the hour- Anuraag Singh, top Cyber Expert in India.

When any kind of crime happens, whether it is in the online or physical world, our first reflex is to report it to our nearby police station. But, what happens when the people whom we considered as our savior don’t take us seriously and refuse to lodge our complaints, saying they have more serious cases to handle?

These kinds of scenarios, where the public was sent back from the police station have occurred several times. This would have been avoided if the police officers had the option of referring the victims to a center dedicated only for that purpose.

Even though there are cyber cells present in most districts of the country, they are not sufficient to handle the accelerating cases of cybercrime in the country. Thus, moving in this direction, a step to mitigate the cybercrime cases, the Commissioner of Police Rakesh Asthana decided to launch dedicated cyber-crime police stations in 15 districts of Delhi.

“With the launch of 15 cybercrime police stations, Delhi Police have done a great initiative.  These stations will help in keeping the officers on duty focused on dealing cybercrimes specifically and will not be engaged in law and order duties”, says Cyber Expert Anuraag Singh.

These cybercrime police stations will solely deal with cybercrime related issues. And a proper definition of working, statement of procedure, and responsibilities are laid down for the police personnel.

Working of these police stations include the following:

1. Positioning of IT experts and trained police officers at cyber-crime police stations to ensure that complaints are handled swiftly.

2. In the case of difficult and high-level investigations, IFSO can provide assistance and guidance. The cybercrime police stations will work alongside the IFSO unit. (The Intelligence Fusion and Strategic Operations (IFSO) unit have replaced the CyPAD.)

3. The police headquarters has sanctioned a budget of around 2 crore for each station to purchase forensic tools.

4. Around 38 people will be responsible to conduct the Investigations. The police station will be led by an official with the rank of assistant police commissioner, with assistance from three inspectors, eight sub-inspectors, and others.

There are several responsibilities of the cybercrime police stations, like:

There is a Standard Operating Procedure (SOP) also released for the Police Stations that specifies a time frame for dealing with different kinds of complaints.

“At present, the police force lacks trained officers and resources to deploy at cybercrime police stations. There are even officers who don’t know how to operate a computer,” said a senior Delhi Police Officer.

For the time being, policemen with an understanding of cybercrime and an IT background are stationed at cyber police stations. However, for the cybercrime police station project to be a full success, the staff assigned to it must be well-trained and competent enough to handle even the most complicated cybercrime cases. Unfortunately, this is a major void that we are seeing in Delhi Police today!

The problem of not having a technically competent police workforce has been addressed by Anuraag Singh since 2007.

Anuraag Singh, the Founder & CEO of SysTools, a cyber-expert and a digital forensics trainer has trained up to 6000+ members of Law Enforcement Agencies, Senior Officials from the Police Force, Armed and Security Forces. Now, he is looking forward to preparing Police Officers for the cybercrime police stations too and teaching them the first responder steps towards cybercrime.

There are several prestigious Government organizations whom Anuraag has prepared & skilled to shield the people of India from the looming cybercrimes, some of them are:

Sub-inspectors and Head constables under the DCP of North-East Delhi.

For his training sessions, Anuraag prepares a proper course module for specific batches of officers and also shares it with them before the session. The different topics through which Anuraag Singh chalk talks the officers for combating cybercrimes are:

The installation of cybercrime police stations is not the ultimate goal; rather, it is to train police personnel to cope with the increasing number of cybercrime cases. We need more people like Anuraag Singh who have the expertise and are willing to share it with others to help India flourish.