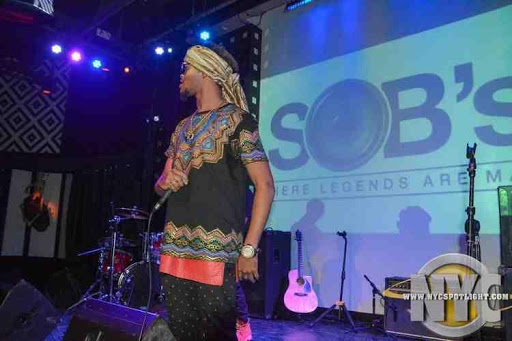 Christian Nicole: Why did you decide to pursue a career in music?

Cyffa Leyenda: Music chose me in a depression and lonely state in life. I didn’t really have any siblings and I was already adopted so Music healed a part of me that not even a human can do. So I choose to pursue music because I’m faithful to the things I love. Music and I have a deeper connection than recording music and looking good. Music and I were meant to be. I made so many friends doing music and met people that I consider family today if it wasn’t for doing music. But in a reality aspect the game needs a leader like me to create a new vision for the future. Same flows, same visuals is like the only thing that’s accepted and to me that’s accepting less.

Christian Nicole: Who influences you and why ?

Cyffa Leyenda: It’s crazy cause I was recently on Thisis50 so yea 50 Cent is the only artist that inspired me to this rap game. Get Rich or Die Tryin’ is still till this day my favorite movie of all time. When I was 7 Candy Shop had come out and it took over every radio station, bars clubs and almost every car rolling by was playing it. So one day my dad and I just rode around as he was doing his errands and that song came on now this my first time hearing it in the car. My dad had the subs on like 70-75 I was literally dancing in the car as soon as the song dropped lol. After that day I wanted to be in the music industry like 50.

Christian Nicole: What projects are you working on this year ?

Cyffa Leyenda: I have plenty of moves everyday but my newest plan of my career is my next single with DELA WESST called Bounce back Produced by JBanga Beats & in a week I’m going to the studio to record a song with YUNG Smilez produced by DJ FLIPP. Also I have an EP coming this year with a lot of celebrity friends and celebrity producers. The EP is called King of the OceanFront.

Christian Nicole:  If you could collaborate with anyone who would it be and why ?

Cyffa Leyenda: If I could collaborate with anyone in today’s time it would be Trippie Redd or Duke Deuce. I’m really feeling their vibe recently bringing in energy that uplifts you. Trippie shows that supernatural powers and the imaginary dreams are real, always bringing the vision to life. Duke is one of my favorite artists right now. I’m a hype artist myself and I just feel like we can relate musically on a universal level.

Christian Nicole: Where do you see yourself in 2 years ?

Cyffa Leyenda: Oh when I’m 27 I’m rich with a studio of 5 plaques, a bag, a nice crib 4 rooms and some money for investments and still collaborating with stars. And by that time my son will be 4 and my daughter 2 so imma be older and bolder.

Christian Nicole: What are your most proud milestones in the music industry ?