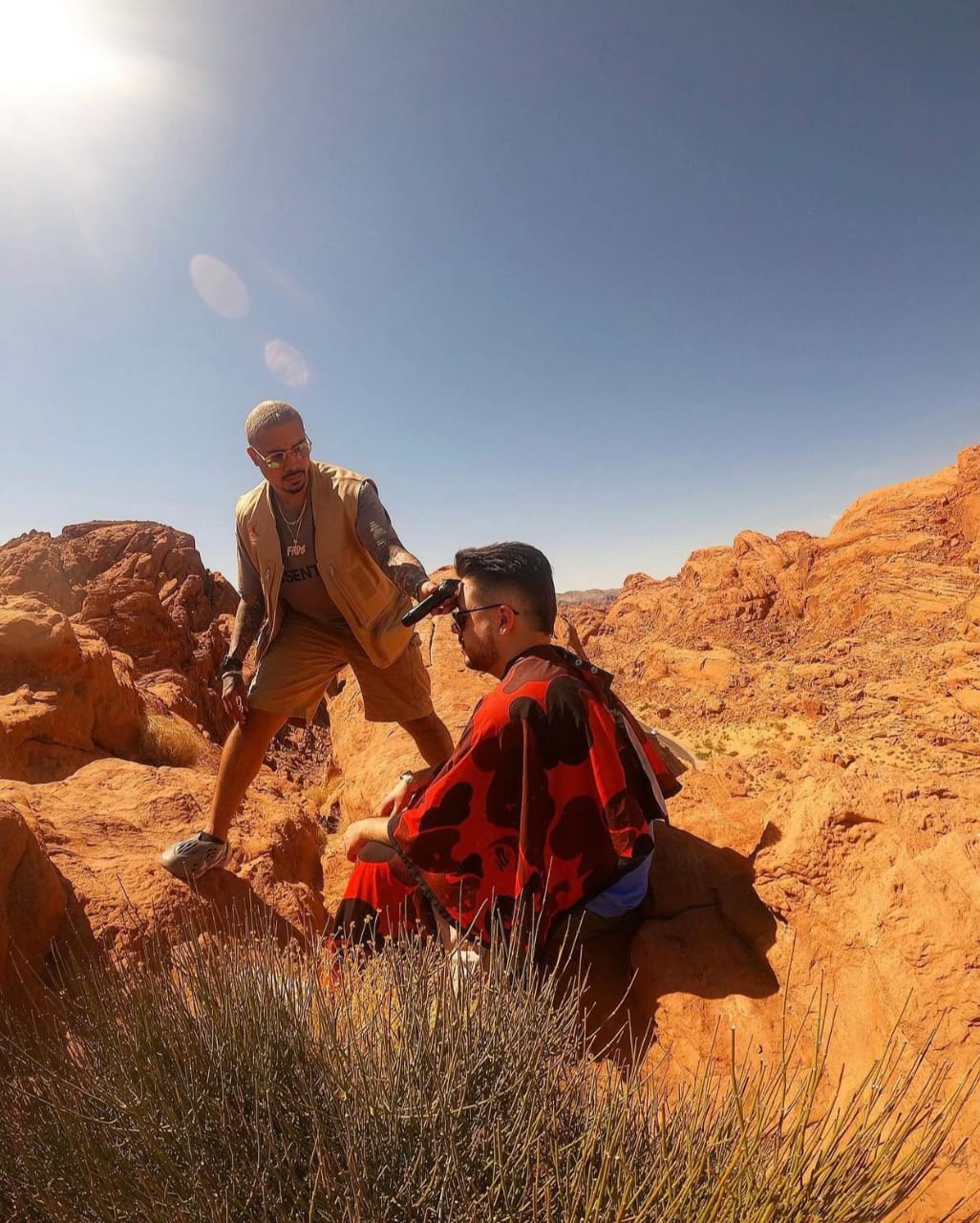 Ndale O’Brien a.k.a Dale Of Fade is a different breed. He was a born hustler. Cutting hair has been an essential part of his life for as long as he can remember. It was not easy. When he started he had to create his own homemade set-up in his own basement, but with sheer talent and drive he made a name for himself and did enough work to get out of that basement and into his own shop. Becoming a well known brand for himself has opened up a ton of opportunities for this young entrepreneur.

During his entrepreneurial ventures he has had the opportunity to work with Don Casanova, Hush Puppi, Dj Bliss and many other influential figures. Having such high class clients has granted him the ability to travel to the most scenic areas in the world. He has traveled to Costa Rica, Dubai, Paris, Trinidad and Tobago and many other beautiful places in the world just to do what he loves. He has cut hair in front of the Eiffel Towers, Jungle of Costa Rica, Times Square and much more….his list just keeps growing.

Although he is all about franchising his business he is focused on giving back to communities. Philanthropy is just part of his personality. He wants to provide cuts for lower class areas in all areas of the world. While seeing these inspiring places it has pushed him to do more for his business.

His first mission will be providing hair cuts for the homeless in India. Giving a simple haircut goes so far for someone’s self esteem. He wants to make people feel good about themselves. Self care is a great way to build someone’s confidence back up.

Dale Of Fade is pursuing franchising his shop and making it accessible to more individuals around the world. His shop is amazing. You can come in get your haircut and shop for the hottest shoes and clothing right after. His idea of implementing his two passions of hair and fashion is an amazing idea and will double his revenue and reach to different audiences.

Dale Of Fade has been taking over the Jersey area, but his expansion will have him known all across the country. Not too long ago he was featured on “ The Sneaker Game” directed by Marcus Reyes which is a reality tv show based on the culture of sneakers and fashion.

Dale states “I think the aspects of life that someone striving to do what i do is… always remember that Travel broadens the mind and unlocks new capabilities. interacting with people from around the world will teach you to appreciate what else is out there other than how you grew up. you can never stop learning.”

Dale Of Fade has an amazing outlook on life and only wishes to better his brand and see the world around him while doing so. With his goals in focus nothing can stop him.

Related Topics:Dale of fade
Up Next

How Milton “Todd” Ault III made a name for himself