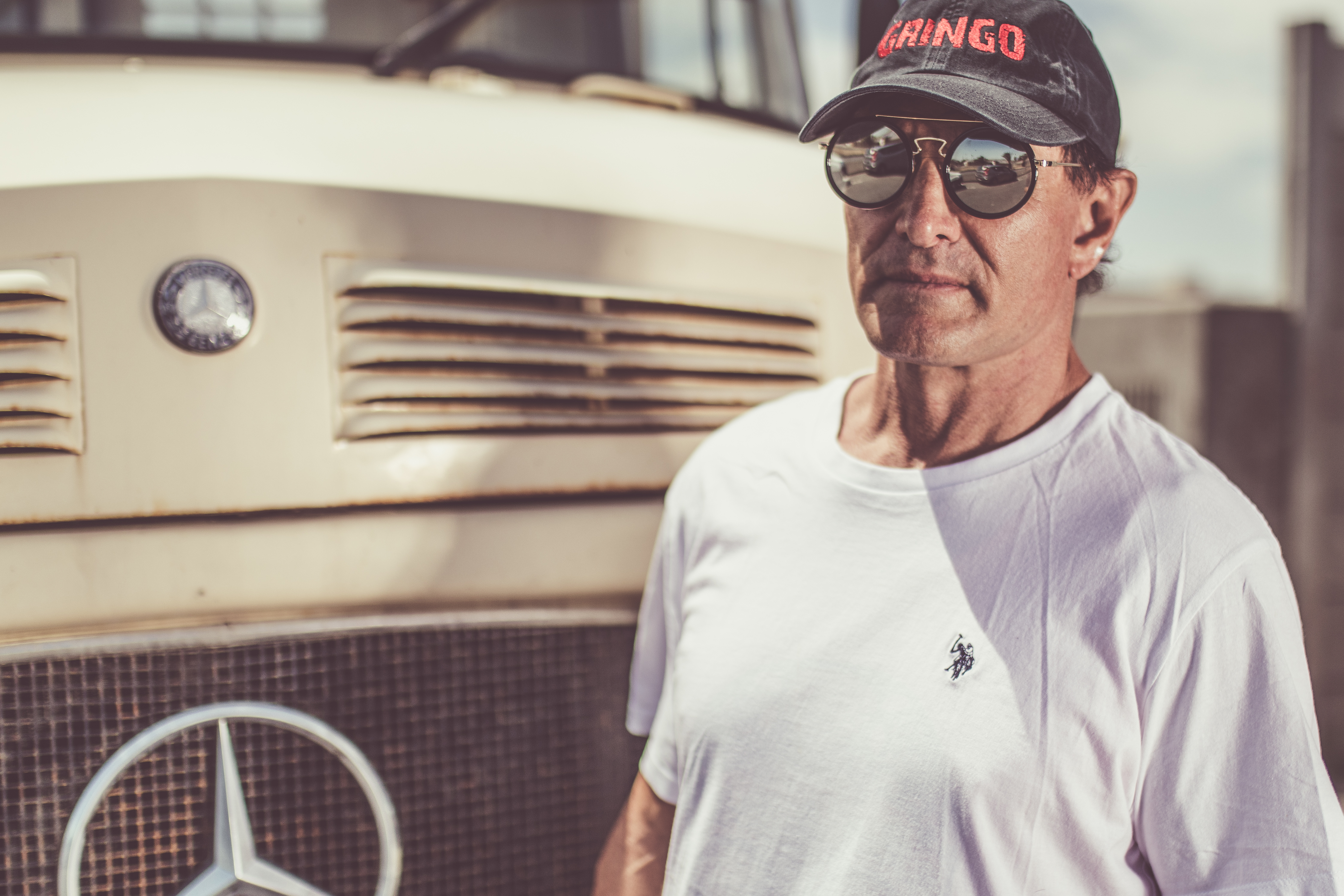 Dan “Tito” Davis comes from a town in South Dakota that’s so small everyone knows their neighbor’s cat’s name. But once he got out, he made some noise. While at the University of Nevada-Las Vegas, he started manufacturing White Crosses, aka speed, and soon had the Banditos Motorcycle Club distributing ten million pills a week.

Life on the run – After serving a nickel (5 years), he got into the weed game, but just when he got going, he was set up by a childhood friend. Facing 30 years, Davis slipped into Mexico, not knowing a word of Spanish, which began a 13-year odyssey that led him to an underground hideout for a Medellin cartel, through the jungles of the Darien Gap, the middle of Mumbai’s madness, and much more.

The ultimate fugitive story – Tito didn’t have a mega-mansion filled with pretty girls and expensive cars. He survived in the Third World facing adversity at every turn. Millions of dollars came and went as Tito stayed one step ahead of the Feds and the Federales.

Did you write Gringo while in prison?  What was that like?

Yes, I did write Gringo while I was incarcerated.  It’s much more difficult to do anything in prison, than it is on the outside, including writing.  I was in federal prison, and there you have don’t have access to computers or word processors.   If you’ve ever wondered where all of the old typewriters went, you will find them in federal prisons.

About half of them don’t work, while the other half is missing ribbons. If you’re lucky enough to find one that has a ribbon in it, you’re probably going to have to take it out and rewind it.  Plus you have to try to get the maximum amount of ink out of it because the commissary does not have typewriter ribbons in stock.

Everything is a struggle to get done in prison, including getting pencils, getting paper, getting to use a typewriter, and getting copies made.  Writing every word and holding on to your completed pages is a challenge too.  Like with all obstacles in life you have to want it bad enough to achieve it!!

You weren’t on the run living in some jet-set life it was entirely different than that, can you tell my readers a bit about your life on the run?

You’ve got many strikes against you already when you are “wanted,” and you try to begin a new life. You don’t even have a name, you don’t know the language, and you don’t have any family to contact – you’re totally alone.

It’s not like a Latin arriving in the United States, and there are a lot of other illegal Latin workers to help them with getting a job, getting paperwork, and finding a place to live.  With me it was the exact opposite, I was doing reverse immigration while wanted by Interpol. I had to get an ID because without an ID you don’t exist. It’s the base from which you build everything else. I was a long way from even thinking about the Jet set!!!  That word isn’t in my vocabulary!! Every day, week, month, and year all I was thinking about was starting an entirely new legitimate life outside of the United States, somewhere I’d be safe from extradition.

My thoughts and actions were about starting over, about survival, and perseverance. It was very, very difficult and incredibly lonely.  The only people who helped me were members of the infamous Medellin drug cartel, who I had met in federal prison. I knew I had to associate with them to get an ID.  Who else was going to help me? An average person would run from me and then turn me in.

I knew that after I got my passport(s), I had to get away from my friends in the Medellin Cartel. I had to cut all ties to them because I didn’t want any of their problems following me.

You will love listening to my adventures in the new audiobook Gringo: My Life on the Edge as an International Fugitive.  Believe me, you won’t feel lonely.

Do you hope that reading or listening to your book changes people‘s lives?

To anyone reading about my life or listening to it on the audiobook, it is exciting! You’re glued to the speakers; you’re glued to the book – its unbelievable entertaining!!!   There were so many ups and downs, peaks, and valleys – you will be shocked.  Living it, that’s another thing!!  As one guy told me, the only problem with your book, Gringo, is that you had to live it to write it.  Believe me you don’t want to have lived the last 30 or so years of my life.  But you are going to want to listen to them.

What kind of music do you listen to while you were on the run?

That is going in a different direction!!  LOL!!  When I was on the run, being an international fugitive, I never planned on returning to the United States unless I had pennies in my eyes or was in handcuffs; therefore I tried to submerge myself into the culture of the country I was living in.  I’ve spent most of my time in Latin America, so I listened to Latin music, and one of my favorites was Ricardo Arjona.  He is from Guatemala and is one of the most successful Latin American artists of all time.

I had the pleasure of meeting him several times. In fact, he married one of my best kitesurfing buddies, Deisy Arvelo. She was also a very famous Venezuelan model and TV personality.

There is a chapter about this in my audiobook.

Now that that audiobook is live what is next for you?

Laughing out loud, I guess I need to promote the audiobook!!! I need to let everyone know what a great entertainment and listening experience my newly released audiobook is. Whether they’re driving as a professional truck driver, a soccer mom, or just hanging out, they are going to be entertained, when they’re listening to this audiobook!

After that, I’m going to concentrate on having Gringo become a miniseries or a major film.   That is where I want to put my energy and focus after promoting the audiobook. Many readers, reviewers, and interviewers have told us that my life is the material movies are made of.

Thanks so much for your time and for interviewing me, check me out on gringobook.com or Google Dan Tito Davis

Have a great day!!