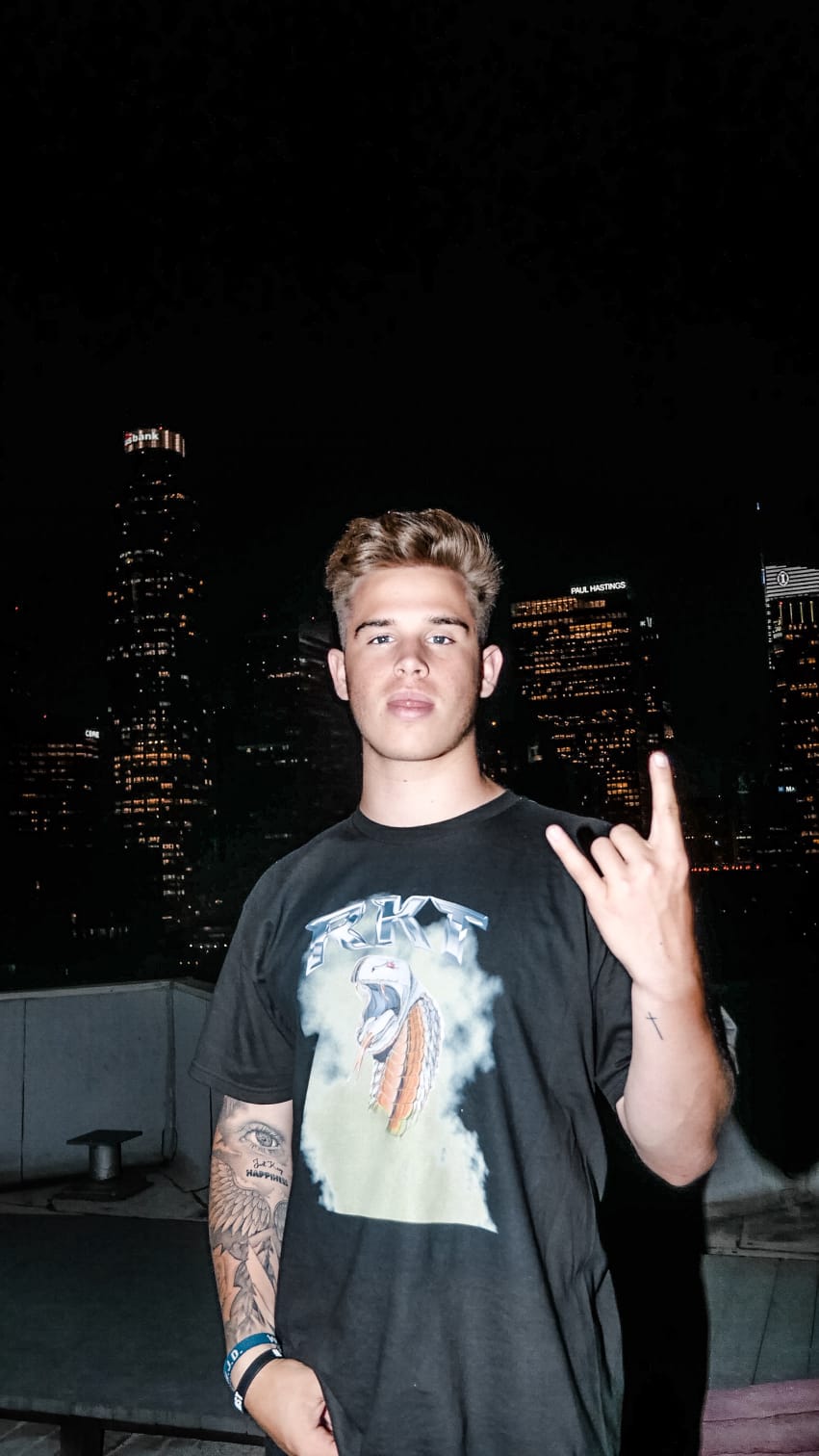 Daniel Duminy is a Youtuber, professional go-kart racer and a musician. This Germany-South African youngster left his home in Durban, South Africa to pursue his dream as a social media influencer. In months, Dan has successfully garnered a following of over 200,000 people. We had a conversation with the 18-year-old entrepreneur to get some tips on making money on social media.

Dany started uploading videos at the age of 10 years. At the time, he did not know which niche he wanted to focus on. “My first video was a kissing prank. It did quite well. As I started growing up I wanted to inspire people. As a result, I started focusing on entertainment and inspiring stuff,” says Dan. He has shot some vlogs for famous South African rappers such as Nasty C. Tellaman and Rowlene. He also develops travel vlogs, behind the scene music shots, and photographs for his Instagram page. Presently, Dan or as his fans call him, realdanduminy, has over 33,000 fans on Instagram. The young entrepreneur’s videos on YouTube and social media posts are enjoyed by people from diverse backgrounds and ages. He has traveled around the world posting reviews to the latest products and about his life. “I’m just going where God takes me. Since I was young, I loved to inspire people daily and to make an impact on people. I admire how people like Tanner Fox, Logan Paul, and Jake Paul have to work constantly to have daily uploads. I do not want to be an Instagram influencer only but an all-rounder influencer on all platforms,” says the versatile entrepreneur.

Social media has a powerful influence on the modern world. There are over 2 billion social media users online with 90% engaging on Facebook followed by Instagram and YouTube. 90.4% of social media users are millennials, 77.5% are generation X, and 48.2% are baby boomers. The growing number of social media users makes it a great platform for brand marketing. Brand marketing is one of the ways Dan makes his money online. The young entrepreneur has worked with labels such as Custom Apparel, L’Exil lodges, and Phomolong Lodges. Daniel also creates entertaining content. “I make content that is not only fun for a 13-year old but also enjoyed by the child’s parents,” he says.

Dan works hard to ensure he has a constant flow of content on social media. He engages his audience by reading their comments and working on their concerns. The teenager does his best to respond to every comment from his loyal fans. As a result, his vlogs are always trending and attracting a new fan base. Dan also earns his income from the work he does for artists, his YouTube channel and doing paid advertisements for local and international brands. The young man’s rise to fame has led him to rub shoulders with the creme de la creme of the entertainment industry such as Justin Bieber and Skillex. Still, the greatest highlight of his career has been getting recognized by his fans.

Some of the tips that Dan advises on making money on social media include professionalism, originality, and relevant, quality content. He advises those who want to become Instagram influencers to build on their portfolio. “You have to first build in your bio with the right information. This includes your contact information, what you post about and where you are from. Add in some keywords and even a couple of hashtags to ensure you’re easily findable by the right kind of followers. Post regularly to grow numbers. Take great photographs and use relevant hashtags to get your images seen. Finally, make time every single day to engage with your followers or anyone involved in your industry by commenting on and liking images,” says Dan.

The Social Blade statistics of the young entrepreneur revealed that he has a fast-growing success on social media. The growing fan base will make the young star an A-List influencer within the realdanduminy market. This lifestyle and travel blogger’s parting shot is, “have faith in whatever you’re doing because that goes along way. Also, stay true to yourself be humble and make good decisions. Don’t ever care what people say about you just keep moving.”

Related Topics:Daniel Duminy
Up Next

The Power of Podcasting and Where It’s Headed: Interview with Ejay Cruz