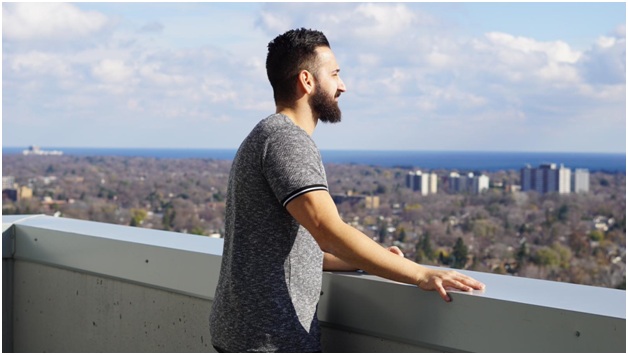 Daniel Francis explains how he built a lucrative online coaching business, earning more than a quarter of a million dollars in his first fiscal year.

Businesses around the world were halted in 2020 due to the pandemic. However, it increased the use of digital platforms. A study by UNCTAD claims that with lockdowns becoming the new reality, companies and consumers increasingly “went digital,” offering and buying more goods and services online. This trend increased e-commerce’s worldwide retail sales from 14% in 2019 to approximately 17% in 2020. Since then, these figures have only gotten bigger.

During the pandemic, Daniel Francis recognized his calling. He transitioned from a high-paying job as the sales director in a telecom company to becoming a stutter coach to start his online coaching business, where he shares the exact blueprint that earned him over a quarter of million dollars in his first fiscal year of coaching.

From Sales Executive To Online Coach

Daniel has always had an entrepreneurial spirit, and for the majority of his career, even though he was working for someone else, he believed he was running his own company. By the age of 25, he was the executive director of an organization he helped build from the ground up, leading it to a multi-million-dollar business in less than two years. It began with him being the only employee in his division to him recruiting over 200 sales representatives.

Then, the pandemic struck the world and halted all activities. It marked a watershed moment for Daniel. He left his job to learn the online game. The online coach decided not to waste a moment and learned as much about marketing as he could. During this process, Daniel found the docile skill set that could be passed on to others and launched his online stutter coaching, which turned into a successful business in just a few months leading him to make over a quarter of million dollars in his first fiscal year.

Getting Results For Clients

While writing his book, ‘The Stuttering Salesman’, Daniel realized “all the decisions I have made leading up to today were to overcome my stutter.” He realized that public speaking had a significant impact on him. So, when his coach asked him how he could make a difference in people’s lives, he realized it was by teaching people how to become more fluent in their speech.

Six people were Daniel’s only clients during the early going, but they all achieved outstanding results, which encouraged more people to sign up for his coaching program from all over the world. As a result of the program’s popularity, Daniel’s peers began to ask how he generated such a sizable income through online coaching.

Although Daniel was a bit skeptical at first, he realized two things — he liked teaching others, and the marketplace was asking for his feedback, and he couldn’t be naive and say no. Naturally, he gravitated towards it.

In his coaching program, Daniel shares his exact strategy which worked for him with coaches of various niches. He wraps up by saying that he likes to keep businesses lean, so when he works with a coach he wants fewer expenses in their lives. “I want them to use Facebook groups, Zoom, and Google Docs to teach.”

It’s All in the Brand: How One Company Is Making Sure You Get Noticed.